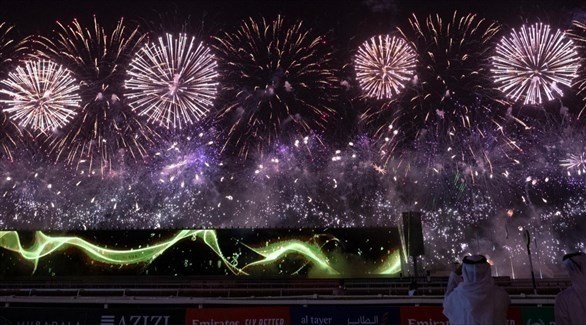 The international media paid attention to the wonderful evening of the Dubai World Cup, which was organized yesterday Saturday by the Meydan Racecourse, and witnessed the participation of the world’s elite horses that competed in its nine races, with a prize in total cash of 30.5 million dollars. , including $12 million in the main race prize won by the Saudi horse Country Grammer.”

Most of the international newspapers and websites specialized in horse racing focused on all the details of the night of the Dubai World Cup, the winners of the nine rounds, horses, jockeys and owners, as well as the great effort put into by the organizing committee to make known with this carnival in this dazzling image that attracted the attention of the world, especially after the great return of the masses to the Meydan racecourse, and the varied and interesting activities of the night that included many of the points of Dubai and emphasized the recovery of the UAE from the effects of the Corona pandemic.

The diversity in management was linked to the various victories achieved by the horse-winning nationalities in the Dubai World Cup, among British, Irish, Japanese, Italian, American media and newspapers, among others.

For its part, the American website “Daily Racing Forum”, one of the oldest and most famous sites specialized in horse racing, considered that Dubai witnessed an exceptional day when celebrating the carnival of the 26th edition of the World Cup of Dubai at the Meydan Racecourse. describing Saturday as the “big event” day, in The World of Horse Racing, with a total prize money of $30.5 million, and a bevy of the world’s most prominent and powerful racehorses.

The British newspaper The Mirror referred to the great achievement of Italian jockey Frankie Dettori in winning his fourth title in the main half of the Dubai World Cup, considering that the 26th edition managed to return the “old man” to the podium of the prized cup. with more than 51 years, and after 22 years Among his first titles in the main race of the Dubai World Cup, which he achieved in 2000 with the legend “Dubai Millennium”, and then with “Moon Ballad” in 2003, and with ” Electronic Nest” in 2006.

While the headline of the Racing Post newspaper headlined “On top of the world”, in reference to the great achievement achieved in the current edition of the Dubai World Cup, the success of jockey Dettori in achieving his fourth title in the main half, as well as winning the “Dubai Turf Cup” title with the Emirati horse. “Lord North” is shared with the Japanese horse “Pantalasa”.

For its part, the Japanese newspaper The Mainichi, published in English, expressed its great happiness for the great achievement of the Japanese horses and their domination of the competitions of the 26th World Cup in Dubai, by winning 5 titles on the night of the career, by winning two races in the first category, and three races in the second category.

Sky Sports quoted the Irish trainer Adrian McGinnis, who supervised the horse “A Case of You”, who won the fourth part of the “Al Quoz Speed” Cup, and confirmed that he achieved a dream he had had since the World Cup in Dubai. 20 years ago. years.

And the same joy that coach Adrian McGuinness felt was expressed by the Irish website “The 42”, who said that Irish eyes widened with joy at the fact that “A Case of You” won the “Al Quoz” Cup. of speed.

The Italian media also paid attention to this wonderful evening, as La Gazzetta dello Sport considered that the Dubai World Cup in its 26th edition had a clear “Italian imprint” through the Italian jockey Frankie Dettori winning the main half cup, and said: “The richest and the most famous horse race in the world and the most famous in the world, Dubai World Cup, speak Italian”, thanks to the presence and strong presence of the veteran jockey, who won two titles in this version, one in the “Al Quoz Speed” and the other in the main race “Dubai World Cup”, which is Dettori’s fourth in its history.