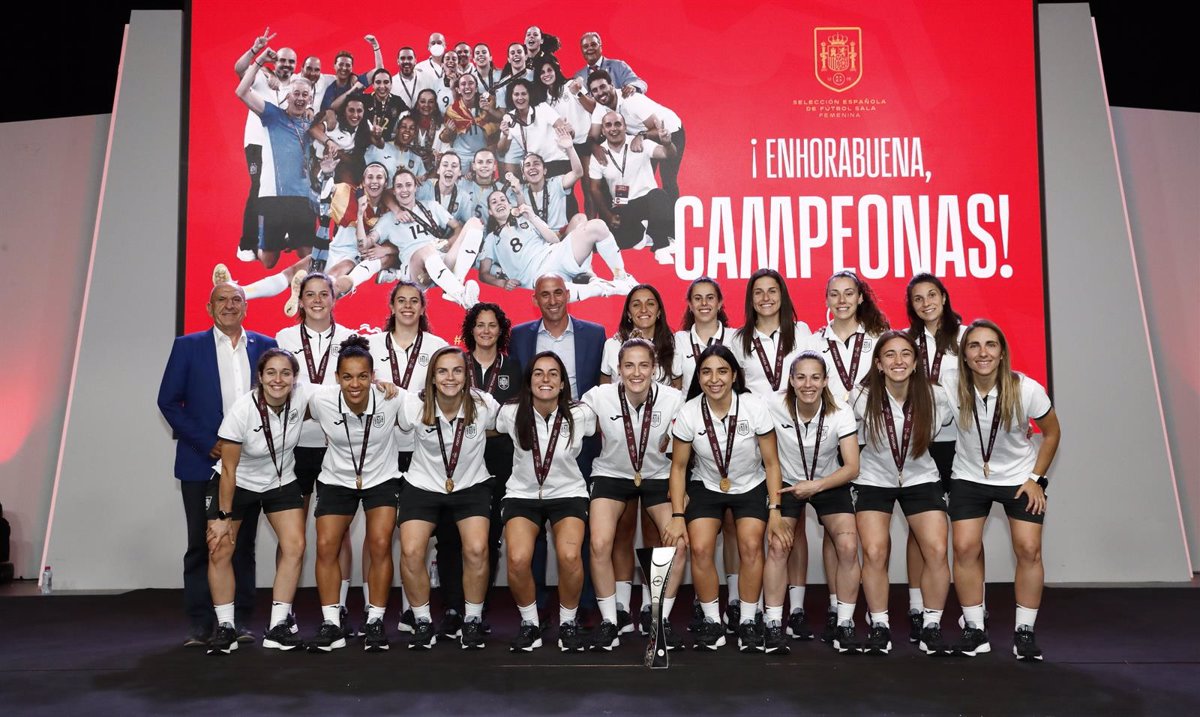 Spain’s women’s futsal team was honored this Monday at the Ciudad del Fútbol in Las Rozas (Madrid) after becoming European champions in the final this Sunday, beating Portugal on penalties, a title showing that “the group reacting before adversity”. .

With the entire team in the Luis Aragonés hall, an emotional summary video with images of the championship, in which the Spaniards once again confirmed their crown against Portugal, opened the event in which the President of the Royal Spanish Football Federation (RFEF), Luis Rubiales.

Coach Clàudia Pons and captains Anita Luján, Patricia González ‘Peque’ and Silvia Aguete represented “the family” on stage. “The path seems easy, but as you face a rival who is playing at home for the second time and is hungry to win, the pavilion will be full … Faced with adversity, the group reacts. We define that,” emphasized Pons.

In addition, he highlighted the contribution of each national player who has progressed through the national team in recent years. “It’s very important to recognize the work of each and every one of them, not just the 16 who are here, but also the 28 players who have passed this season, to help us prepare for the tournament, to be among the best conditions to arrive.”, he pointed.

“On the track you could see that we are a family and we killed for each of them. That’s how we won the European Championship,” assured Anita Luján. “We like to compete and when we’re in the 40×20 we look at each other and win. We have the best league in the world and that helps us,” added Peque.

Goalkeeper Silvia Aguete, for her part, recalled the penalty shoot-out. “I had an inner certainty that we were going to win and that someone was going to quit for sure. During practice we prepared it, we had choreographed where the Portuguese would shoot and it came out 100%.” ” he said.

Finally, Rubiales defended that “many things have been done for women’s futsal”. “We created the lower tiers of national teams and created a coaching staff that will work ‘full-time’ to get results. We’re working on decent bonuses to become champions. A lot of work has been done, although there are still things to be done It is important that part of the RFEF’s revenue is used to allow players to register their contracts”. manifested.

“The closeness with which the Futsal Committee treats the women’s teams has nothing to do with what was before. The fair is now and we will go further. I give you my word that we will continue to improve,” he said finally.