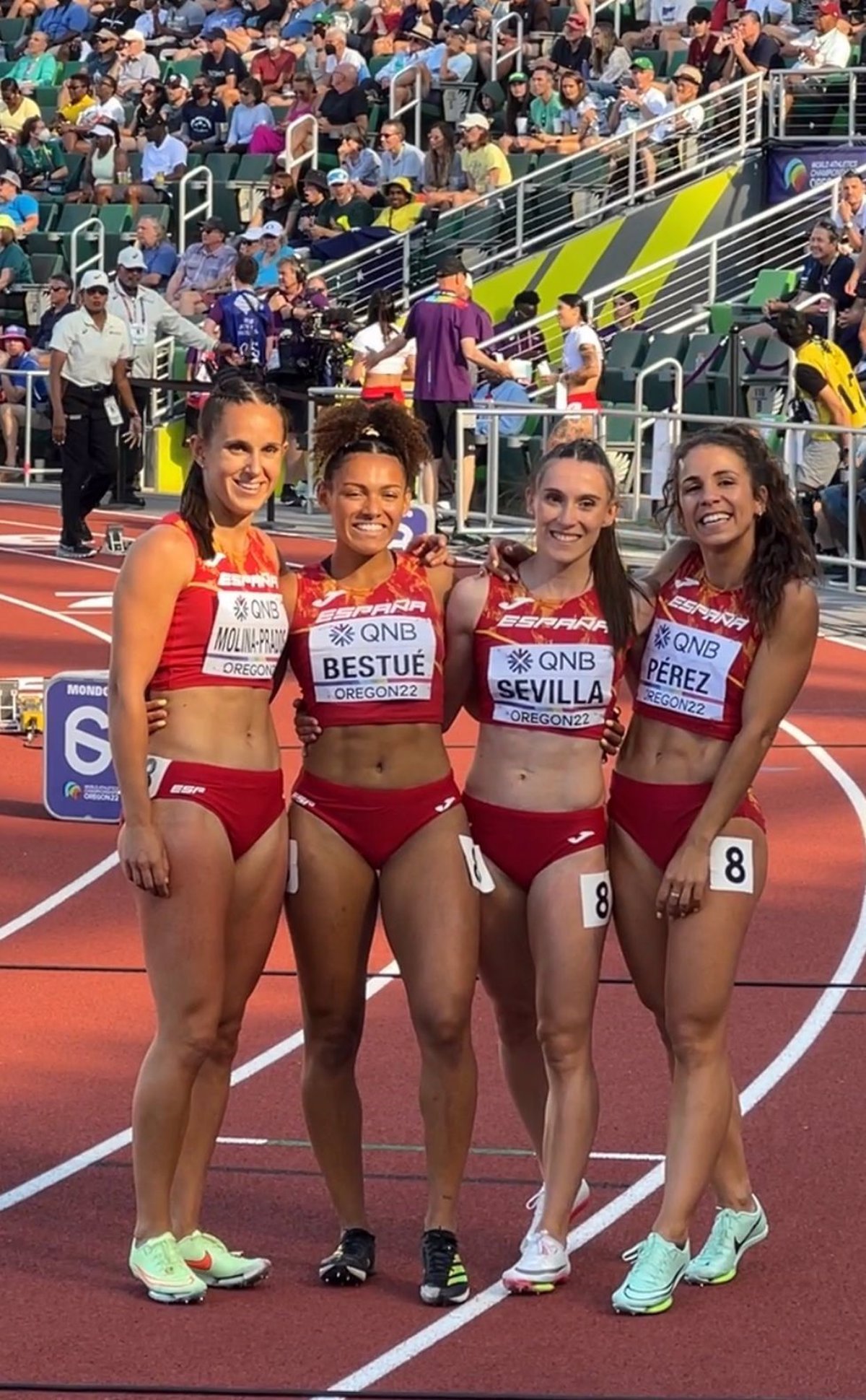 The women’s 4×100 relay, consisting of Sonia Molina-Prados, Jaël-Sakura Bestué, Paula Sevilla and Maribel Pérez, made history this Friday by qualifying for the first time for the final at the World Championships in Eugene, Oregon (USA). qualified time in the five editions in which they have participated thanks to a new record for Spain with 42.61.

The Spanish quartet finished second in the second round, surpassed only by the United States, beating the national record with 42.61. The relay had never fallen below 43 seconds and the previous record, set in Huelva on May 25, was almost seven tenths slower (43.28).

In the Hayward Field tartan, all the pieces of equipment from the Spanish quartet fit together perfectly. Molina-Prados started from the first post with an 11.76 partial for Bestué to take the backstretch. The Catalan finished on a wild 10.17 despite a headwind, perfectly delivering the baton for Sevilla to take the corner in 10.56 (second fastest of the eight third-place finishers). The “captain” of the relay, Maribel Pérez, put the padlock on the classification, which sprinted the finish line in 10.12 to take Spain into the final with second place in the series.

The Spanish ranked fifth in the global calculation, behind the United States (41.56), the United Kingdom (41.99), Jamaica (42.37) and Germany (42.44). “The security of this team makes it very easy, all I wanted was for the relay to fly,” Molina-Prados said in statements to the media of the Royal Spanish Athletics Federation (RFEA).

For her part, Jaël-Sakura Bestué admitted that she faced the exam with “nerves”. “It’s a World Cup, it’s a bit imposing but I’m happy, we set ourselves the task, the fruit we expected has come out,” she added. “I am very happy that we trusted each other very much. In the final we will try to do it the same or better,” stated Maribel Pérez.

After qualifying for the finals, it was time for the men’s 4×100, featuring Pol Retamal, Bernat Canet, Jesús Gómez Villadiego and Sergio López Barranco. With near-perfect deliveries and a spectacular second post from Pol Retamal (he clocked the third fastest of the two heats with a 9.10), the Spanish team finished sixth in their streak (ninth overall).

They stopped the clock at 38.70, the third best Spanish record of all time. However, without the opportunity to complete a historic double with the women’s relay, it wasn’t enough to make it into the final.

Previous articleCan you be happy at work?
Next articleStatutory health insurance doctors accuse Lauterbach of the wrong vaccination strategy