The wild transformation of the Madrid night: This is how the children of the “jet set” changed the hotel industry 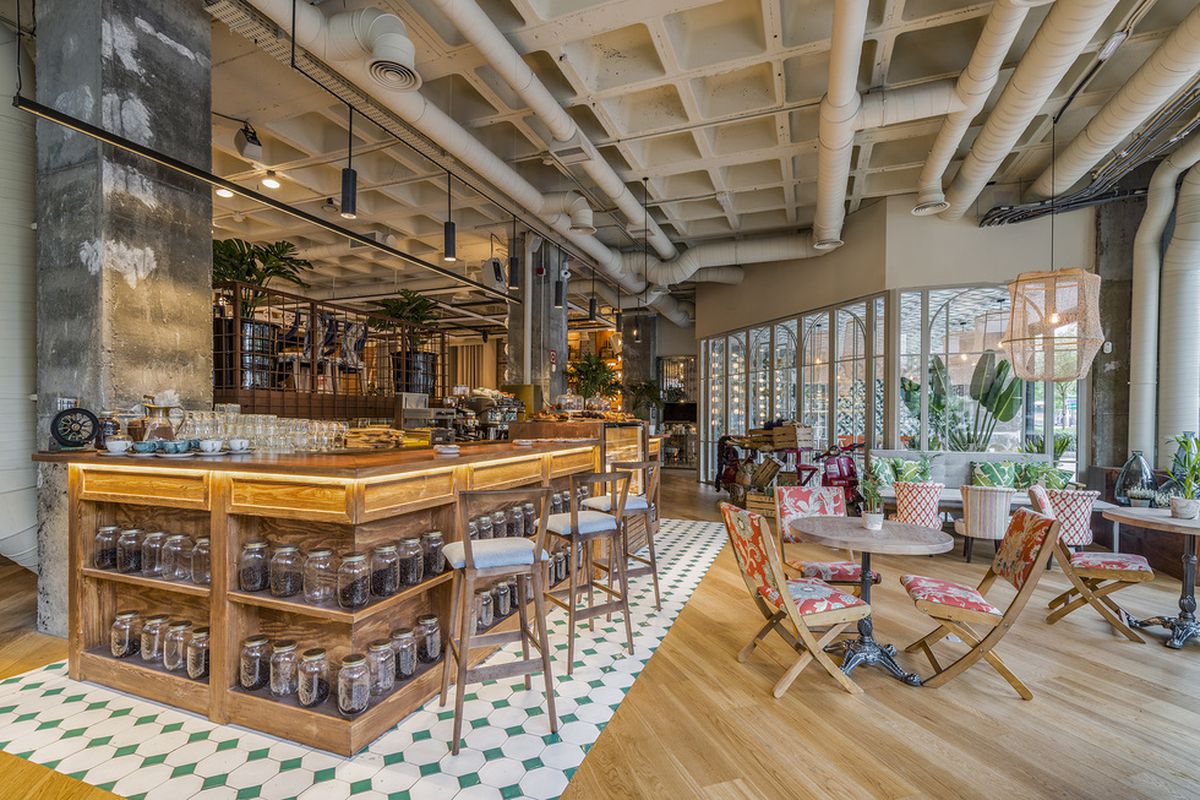 “If I come to an appointment with you and ask for a whiskey first thing, you’ll think I’m an alcoholic, but if they serve us a couple of cocktails at dinner, we’ll take them with a delicious but simple menu, with a fusion.” from Spanish and international cuisine, it will be very different,” jokes Fernando Nicolás while ordering a cane and some asparagus from Navarre on the terrace of El Castizo, the Serrano restaurant that belongs to the Larrumba group and leisure group that he founded in 2014 founded and now directs with his friends Alonso Aznar (son of the former President) and Chiqui Calleja.

Nicolás, who studied at CUNEF, defines himself as an investor and has just welcomed Ignacio Blanco, an executive from the aviation industry, as CEO in his company. He arrived at this strategic point on Madrid’s Fifth Avenue on an ultralight bike, wearing a t-shirt and shorts. His image is more like that of a Silicon Valley entrepreneur than that of a financier or a night businessman, and yet it is precisely by combining these two roles that a true hospitality revolution has taken place in Madrid: “20 years ago, the night consisted of going out to dinner , then you go to a so-called special bar, where you had your first drink until 2:30 in the morning and finally went to a disco”. He and his friends realized that offering dinner and drinks in the same place could change everything. This is how Marieta was born in 2014, offering this formula in the middle of Paseo de la Castellana, next to Green, one of the historically “good” nightclubs in the city.

Marieta was the first of the 25 buildings they now manage, which will soon add another 3,000 square meters, located in the heart of Madrid’s so-called World Trade Center, the Torre Picasso. “Once you get used to this comfort, there is no turning back. It’s like they’re giving you home automation,” he says, after effusively greeting friends from the Salamanca neighborhood who are heading towards one of the busy and wild terraces that have sprung up in the Plaza de la Independencia in front of the Puerta de Alcalá: This exotic decoration with velvet upholstery, rattan elements, plants and torchlight is a hallmark of the new Madrid at night, now dominated by groups that have followed in Larrumba’s footsteps.

“In this new Madrid, the phenomenon Jorge Juan was also very important, instigated by the owner of the Umbrella group, Sandro Silva, and his Amazon, always full of elegant men and spectacular women,” says an industry PR officer who prefers it not to reveal his name. Silva, who, like Nicolás, sold part of his business conglomerate to an investor, has acquired a flagship building on Gran Vía, the Metropolis building, which Antonio López immortalized and which is now set to become a hotel to be filled with branches from all his restaurants (including the pioneer Ten con Ten): Adding to the smooth transition from dinner to drinks is the ability to walk a few yards to bed, with all the sardonic comments that entails. Nearby, in the Plaza de Canalejas, there is the new luxury shopping center of the same name and next door the Hotel Four Seasons with its gastronomic terrace with spectacular views over the city in a historic building.

All of it boom has initiated a sophistication of the offering that includes the ability to catch a show during dinner. El Selvático opened fire with this model, an independent location originally located on Calle Velázquez (and now with two other locations, in La Moraleja and in the aforementioned Canalejas) whose center is dominated by a giant rhinoceros and where the Waiters serve fusion cuisine, some dancers perform dances animating the cotarro. Fernando Nicolás and his partners took the same formula to the Paseo de la Castellana, where a party called every Sunday from nine at night Masaka, Living Africawhere a Pour it looks like it came out The Lion King He performs tribal choreographies while participants, dressed for a party even though the next day is Monday, wave torches. A night in Fanatico costs 200 euros. “All of this has also caused prices to rise sharply. Before the pandemic the ticket Average in Madrid could be around 45 euros. You can’t get halfway decent for less than 75,” says public relations.

The President of the Hoteliers Association of Madrid, José Antonio Aparicio, agrees that the ticket has increased in price on average, but believes that this increase has more to do with the rise in commodity prices and much-vaunted inflation than any trend; Apart from that, he does not think that this type of premises has changed the panorama in such a way that it harms other business models: “What worries us and the only thing we want to insist on is that each property conforms to the schedules of your CNAE holds code [Clasificación Nacional de Actividades Económicas]. And within that schedule, of course, everyone does what they see…donating drinks or putting on a show isn’t so new: there’s always been a lot of after-dinner and after-dinner culture in Madrid.”

What is perhaps newer is that all of the most successful companies are organized into hospitality groups that compete with each other while sharing partners and creative approaches. “There is huge inbreeding. It is easy to find the same name in several holding company at the same time,” according to public relations. The last to arrive at the club were those of La la la Group, led by Luis Torremocha, a close friend of Infanta Elena’s eldest son, Felipe Froilán Marichalar. There’s also contagion in names: haunting adjectives and assholes (La Mamona, La Bientirada, La Polla del Pollo) fill the streets with the most expensive square meters. Even a classic like Fortuny, the spectacular 19th-century mansion that swanky nightlife pioneer Javier Merino foreclosed on after a bad run, has been reborn from its ashes to follow in the footsteps of the new hoteliers. Its head of public relations, Fernando Candela, who does not wish to clarify the financial situation of the Merino Commerce Center, has much more experience than Fernando Nicolás (he has been dedicated to restaurants and leisure for more than 20 years), but that does not prevent him from to recognize the merits of the Larrumba Group: “They have done very well with the new generations who take better care of themselves, drink differently and no longer want to go to a nightclub late. Everything has become something more 360. It used to be that the responsibility for having fun lay solely with the customer, now it’s not.”

For this reason, in order to adapt to the new times, when Fortuny reopened they tried to create an experience that includes gastronomy and drinks, but also four completely redesigned spaces to offer four different types of experiences. The jewel in the crown is the central courtyard filled with trees and fountains, heated with a tent. All the options go through the restoration and the drinks, the price and speed of which are the only criterion for admission when reserving a place. “Before, it made a big difference if you were noble, underground, a tribe. Now everything is very mixed. If you come in shorts or tracksuits we will not throw you out, you will be comfortable or not. The codes were completely smeared,” says Candela, who asked not to be called “entrepreneur of the night.” He insists the profile of entrepreneurs committed to the night has changed radically: “I went to law school and got a Masters in marketing and communication. Leisure entrepreneurs have seen that Spain is a country of many opportunities and where previously stigmatized as a leisure entrepreneur or only appropriate up to a certain age, it is now as ambitious as a banker.”