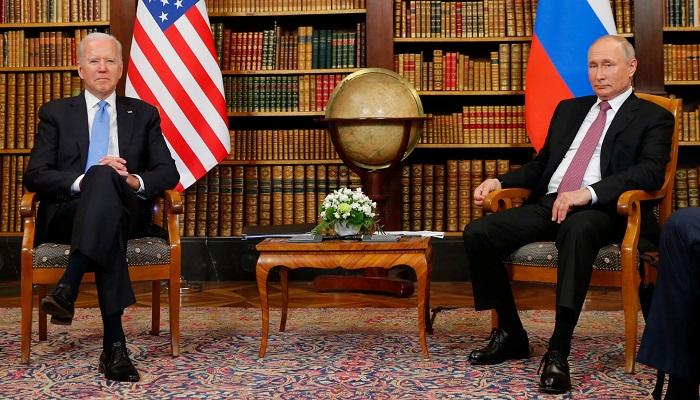 The White House sought to “correct” US President Joe Biden’s statements about his Russian counterpart, Vladimir Putin, as he said he “cannot stay in power.”

A White House official said, in an attempt to see through “Biden’s mistake,” that “President of the United States Joe Biden was not calling for regime change in Russia. The president meant no could allow Putin to intimidate his neighbors in the region,” he noted. that “Biden was not discussing Putin’s power in Russia or regime change.”

For his part, Kremlin spokesman Dmitry Peskov responded by rejecting Biden’s comment that President Putin “cannot stay in power” and said “it is the Russians who choose the person they want as their leader.”

In a speech in the Polish capital Warsaw on the conflict in Ukraine, Biden said his Russian counterpart, Vladimir Putin, “cannot stay in power.”

He described Ukraine’s resistance to Russian forces as part of a “great battle for freedom,” called on the world to prepare “for a long battle,” and told Ukrainians: “We are on your side.”

Biden emphasized that the Russian people “are not our enemy,” calling on him to hold his president accountable for exposing the country to harsh Western economic sanctions.

“Don’t even think about advancing one centimeter into NATO territory,” he warned Moscow, stressing that the United States considers Article 5 of the NATO Mutual Defense Treaty a “sacred duty.”

“For God’s sake, this man cannot stay in power,” he added, referring to his Russian counterpart.

He concluded his speech by saying: “We will have a different future, a brighter future rooted in democracy, principles, hope and light.”