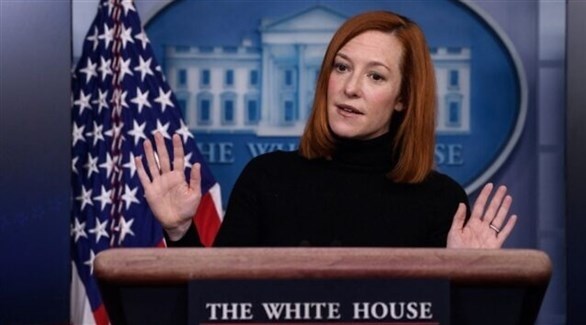 Following the controversy surrounding the possibility of the United States removing the Iranian Revolutionary Guards from the US terrorism list over the past two days, White House spokeswoman Jen Psaki said Friday night that “it They’re having talks about it right now, but she didn’t reveal any details.

According to the “Iran International” website, Psaki added that “the current situation (his designation on the terrorist list) has not made the world any safer at all,” as he put it.

Yesterday, Israeli Prime Minister Naftali Bennett and his Foreign Minister Yair Lapid called on the Biden administration not to remove the Iranian Revolutionary Guard from “terrorist lists”, warning of the danger of this step for citizens. United States and the countries of the region. usually.

Bennett and Lapid added in a statement: “The Revolutionary Guards are behind targeted attacks on American citizens and soldiers throughout the Middle East, including over the past year. They are the ones behind planning to assassinate some of the Senior US Army Officers”. management.”

It is worth mentioning that this topic aroused a lot of controversy during the last two days, since it led to several criticisms from members of the US Senate.

Informed sources confirmed last Wednesday that the United States is considering removing the Iranian Guard from the blacklist, according to Reuters.

However, he made clear that Washington had not decided on an acceptable compromise from Iran in exchange for this step, which would cancel former US President Donald Trump’s 2019 blacklisting of those armed forces and draw sharp criticism from Republicans.

But he added that the administration of US President Joe Biden is considering removing the terrorist designation “in exchange for some sort of commitment and/or steps by Iran related to regional activities or other activities by the Iranian Revolutionary Guards.”