The West Is Too Afraid Of Russia To Poor Ukraine, Zelensky Suggests 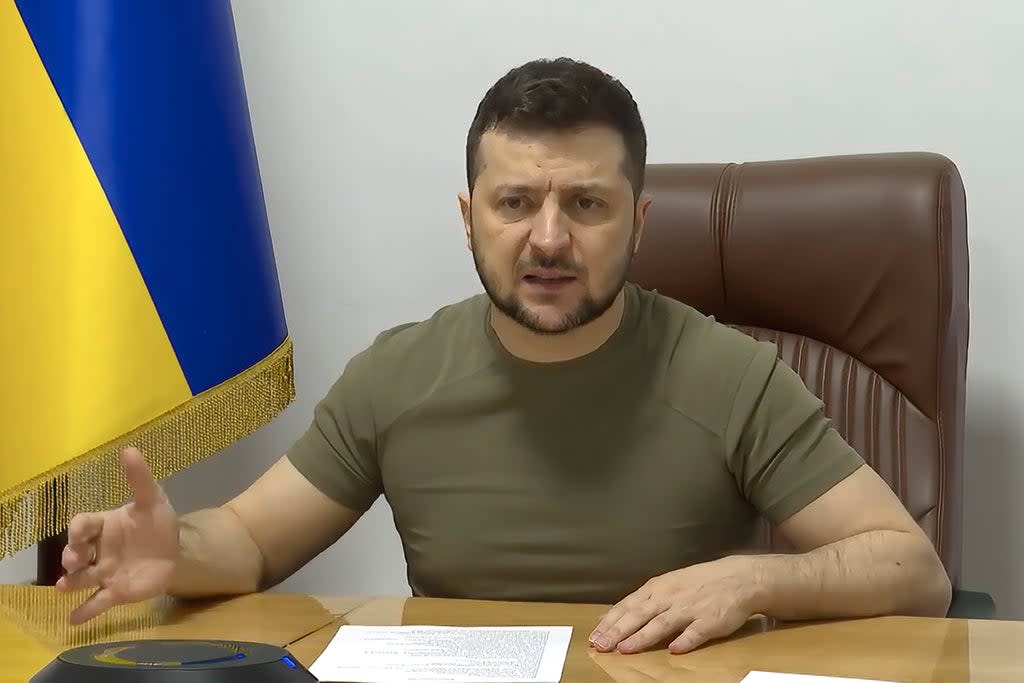 Volodymyr Zelensky on Saturday demanded that Western nations provide Ukraine with more useful military equipment and asked if they were afraid of Moscow.

Zelensky was visibly irritated and continued: “We have already been waiting 31 days. Who is in charge of the Euro-Atlantic community? Is it still really Moscow, because of the intimidation?

He has repeatedly insisted that Russia will seek to expand further in Europe if Ukraine falls.

NATO countries have refrained from sending military aircraft to support the defense of kyiv.

Boris Johnson said “logistically” it would be “very difficult” for Britain to supply the Ukrainian president with the tanks and planes he asked for, but “we are seeing what we can do.”

Washington has rejected an offer to send planes to Ukraine via a US air base in Germany, citing “serious concerns” about the flight of military planes into airspace contested by Russia.

Poland had proposed sending Mig-29 fighter jets through the base as they are among the few planes that Ukrainian pilots could fly without further training.

A proposed EU plan to send in fighter jets collapsed within days of the start of the war.

NATO also rejected Zelensky’s request for a no-fly zone over Ukraine on the grounds that this could spark a wider war.

Earlier on Saturday, Zelensky spoke with his Polish counterpart Andrzej Duda and expressed disappointment that the Mig-29s had not yet been transferred to Ukraine, the president’s office said in a statement.

“The price of procrastination with planes is thousands of lives of Ukrainians,” the office was quoted as saying by him. Zelensky said that Poland and the United States had declared their readiness to make a decision on the planes.