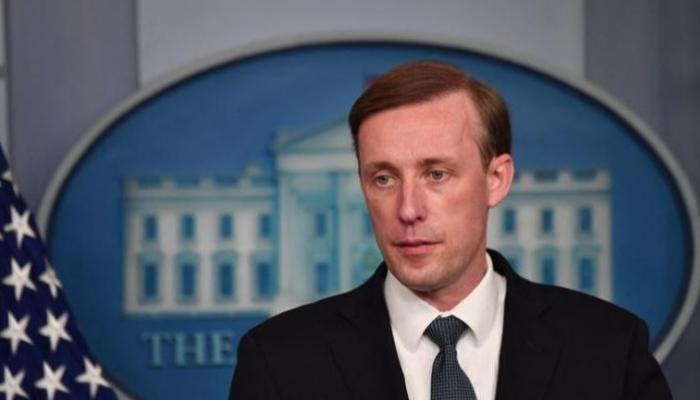 This is the first high-level official contact between the United States and Russia since the start of the Russo-Ukrainian war on February 24.

“Sullivan told General Patrushev that if Russia was serious about diplomacy, it should stop attacking Ukrainian cities,” the White House said in a statement.

The US official pledged to “continue to pay Russia the cost of its attack, support the defense of Ukraine’s sovereignty and territorial integrity, and strengthen NATO’s eastern flank,” according to a US presidential statement.

“Sullivan also warned General Patrushev of the consequences and repercussions of any Russian decision to use chemical or biological weapons in Ukraine,” the White House said.

Earlier on Wednesday, Russian President Vladimir Putin confirmed that the military operation in Ukraine will continue to the end, stressing that all diplomatic methods to protect his country’s national security have been exhausted.

In a speech on the “military operation in Ukraine”, the Russian president explained that Ukraine, with the support of Western powers, was planning to launch aggression against us, noting that it was not allowed to “turn Ukraine into a front used in the war against us”.

Putin also indicated in his speech that there was no other option to protect Russian national security than to attack Ukraine, and that the West was using the military operation in Ukraine as a pretext to impose sanctions on his country.

The Russian president revealed that his country will witness an increase in the level of inflation and unemployment, adding: “We will deal with these problems.”

In a related context, the prosecutor of the International Criminal Court, Karim Khan, visited Ukraine and held a video call with President Volodymyr Zelensky, the court announced on Wednesday.

The Hague-based court confirmed on Twitter that the prosecutor had met with Zelensky via video link. “We agree that everything must be done to ensure respect for international humanitarian law and the protection of the civilian population,” Khan said.