The war in Ukraine sheds light on a new global order: ten vestiges of how the planet will change 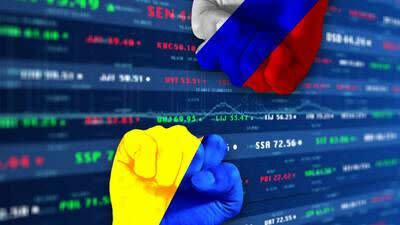 1.- New Division of Europe. The brutal Russian invasion aimed at destroying Ukraine’s sovereignty and preventing any future attempts to join NATO and the EU entails the mission of annexing part or all of Donbas to create what the Kremlin calls a security zone between Russia and Western Russia which also includes Belarus and Kazakhstan. Moscow’s rejection of what its dialectic calls “rules based on Western guidelines” points to the establishment of a new division in Europe three decades after the fall of the Berlin Wall and two of the 9/11 attacks that it marked the end of what was known in foreign ministries around the world as the long geostrategic nap that epitomized the Cold War and was characterized by low-intensity conflict subordinated to the diplomatic sphere.

2.- The violation of Ukraine’s sovereignty buries the post-Cold War order. The first half of the post-Cold War period was characterized by the unipolarity of the United States. The political and, above all, economic crisis in Russia in 1998 gave rise to a time of unilateralism in the White House in which it exercised undoubted military and technological hegemony with long periods of prosperity. And in which China, meanwhile, was gaining in global, geopolitical and economic ascendancy. Until, in the last fifteen years, we have witnessed the revitalization of Russia, the emergence of China as a superpower and a growing rivalry between Western allies that has eroded American leadership. The Russian invasion of Ukraine is a glaring vestige that the US role as global policeman or policeman has dissipated, suggesting that the world has become more dangerous, unstable and ungovernable.

3.- The war entrenches the geostrategic alliance between Moscow and Beijing. International ostracism in the political, economic, and global financial architecture has caused Russia to turn its priority diplomatic tentacles to the East and cement an entente cordiale with China that began a decade ago as a marriage of convenience, but has become in an alliance built on solid foundations in “unimaginable areas” just a few years ago, as highlighted by the Kremlin in a recent official statement as soon as the war broke out in Ukraine. Russia began to pivot east in 2012, after concluding that it was impossible to find common ground on security with Europe and agreeing that the economic future lies in Asia. It helped China in the energy fields, to strengthen its maritime and air military power, in intelligence matters and in diplomatic and defense analysis. In exchange for receiving funding and technology. To Beijing, its new ally – an irreconcilable enemy during the Cold War – offers border security in the north, sources and natural resources and a shared vision of authoritarianism and nationalism that collides with Western values. At the Winter Olympics in Beijing, days before the invasion of Ukraine, its presidents Xi Jinping and Vladimir Putin declared that the agreement “knows no limits” and that it would take their “shared military and political goals to a higher level” reform. .

4.- Russian military action accelerates the bifurcation of the world into two hostile blocs. China and its Western rivals have been vying for years to establish dominance over tech industries and companies. Now, it is preparing for a future decoupling or rupture of the economic-commercial assembly arising from the globalization process. The Covid-19 crisis has been catapulted to a greater extent than this trend while the forces that demand a return to productive regionalization follow one another. The definitive rupture with the West accelerates the division of the rival poles. Some countries have already taken sides, but most remain silent in an attempt to keep the two options open. Over time, this fragile balance will become increasingly difficult to sustain.

5.- NATO’s new collective defense will cover Asia. Because, despite everything, the American strategic priority remains the emerging hegemony of China. To the White House, hostilities in Ukraine remain a matter for the eastern borders of its EU allies. Before the declining power of Russia. Which does not mean that he will neglect a capital matter. But their energies are focused on the Chinese risk and the express request for protection from Japan, South Korea and, above all, Taiwan, in the crosshairs of geopolitical tensions, which are weaving a kind of Asian NATO together with Australia and New Zealand and covering the entire Asia-Pacific region.

6.- The arms race takes on new vigor. The disintegration of the Soviet Union brought the “peace dividend” doctrine out of the trunk of memories and marked a period of declining military spending. However, the arms race has been renewed in recent years, with China expanding its nuclear arsenal and Russia, the US, UK, France and the rest of the atomic powers modernizing them. The number of nuclear warheads deployed during operational military maneuvers has raised alarm, reversing a downward trend since 1991. The global budget check in 2021 was close to 2 trillion dollars, a figure similar to the size of Italy’s GDP. Additionally, the development and use of anti-ballistic missiles, anti-satellite weapons and hypersonic projectiles have amplified the perception of threat between geostrategic rivals and accelerated the arms race.

This combat achieved has not yet reached the dimension that was achieved between Russia and the US throughout the years of the Cold War, but the Pentagon’s military spending is still 2.5 times more important than that of China, which is increasing year by year. anus. The war in Ukraine increases the proliferation of weapons and the destabilization of the detente doctrine.

7.- Global democratic standards become more unattainable. The war in Ukraine has deepened the divide between authoritarianism and democracy in the world. Russia registers one of the most intense setbacks in the annual EIU Democracy Index, recently published in its 2022 edition. In an indicator in constant decline since the decision of Putin in 2012, then prime minister, in a kind of alternation with the leadership of the State, to perpetuate himself as Russian president. Since then, corruption has risen, freedom of expression has been eroded, repression of political protest has intensified and, consequently, the democratic spirit has been stifled. China has also increased its authoritarianism under the Jinping presidency. Hence, the crystallization of the Russian-Chinese alliance against the West marks the greatest recent historical milestone.

8.- Germany acquires an active role in European security policy. A full-fledged geopolitical shift. Berlin’s decision to provide weapons to Ukraine and invest 100,000 million euros in its Army and raise defense spending above 2% of its GDP, the objective that has been imposed as a minimum bill among the partners of the Atlantic Alliance , represents a change in German foreign policy. A turning point or turning point, said Foreign Minister Olaf Scholz. In other wordsor: Germany abandons soft power in its bilateral relationship with Russia. The slogan of persuasion, launched during two decades in which the energy dependency with Moscow has been tempered -subjected to not a few gas and crude oil spigot cuts- and whose initial measure was the paralysis of the Nord Stream gas pipeline 2 before its staging. This new scenario gives Germany a power of influence in the military field among its European allies unknown since the Second World War. And it places the EU before the challenge of recomposing the priorities of the Old Continent. Security and Defense will occupy the highest part of the political agendas.

9.- Europe will be forced to reposition itself in the new global order. The awakening of Europe, as international observations have determined, to one of the collateral effects of the invasion of Ukraine, will mean that the US will exercise leadership in NATO, but the decisions and interests of Germany and France will be taken more into account. Russia has once again starred in the public enemy number one poster of the Atlantic Alliance, immersed these years in a reconversion of challenges among which China, cybersecurity and climate change were cited. The three C’s. Ukraine has generated an unpredictable feeling of unity among the allies, despite the fact that it may end up fragmented in the future by national and regional interests to come. The transatlantic divergence on Russia’s energy ban shows that consensus remains elusive.

10.- The war in Ukraine can inflame other armed conflicts. Several regional powers with revenge interests or expansionist ambitions such as Azerbaijan (Nagorno-Karabakh), China (Taiwan) or Turkey (on the eastern Mediterranean) monitor the evolution of hostilities in Ukraine. sum concentration. Because the Russian attempt to bend Ukraine’s sovereignty and the extent to which the West responds and intervenes will determine its future actions. And even if they don’t emulate the Kremlin, the Ukraine war will have destabilizing effects on other armed conflicts around the world.