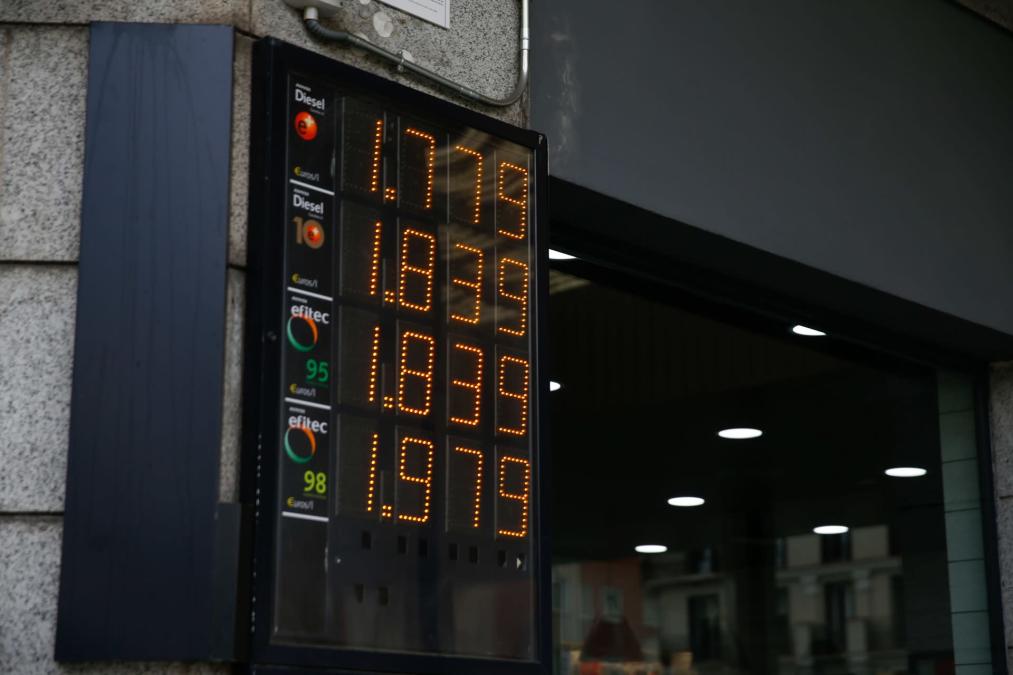 Madrid, March 13 (EFE).- Two years after the start of a global pandemic that did not collapse economically from which Spain has not yet fully recovered, the conflict in Ukraine already represents a new disturbance of such size that it threatens to bury the rosy forecasts for the country.

The last wave caused by the VARIATION omicron between the end of 2021 and the beginning of 2022 has given way to a moment of relative calm in the epidemiological situation and a notable relaxation of the restrictions, while the foci move away for the first time in this period of the coronavirus for situation about the russian attack.

These are the great macroeconomic figures that covid-19 leaves after 24 months since the first measures were adopted to stop the advance of the disease, including the state of alarm:

The Spanish economy collapsed 10.8% in 2020 -the largest drop in the historical series- and rebounded 5% in 2021, while the Government’s calculations went through recovering in 2022 all the ground lost by the covid-19 .

His forecast still points to a 7% increase in GDP this year, compared to between 5.5 and 6% of most analysts and organizations, although the Executive already assumes that there will be a slowdown and is speculating with that the Russian attack on Ukraine could lower growth by several points.

The negative rates that they presented during most of 2020 gave way to an upward trend that has practically not declined since March 2021, standing above 5% since last October and reaching 7.6% in February, a rate not seen since 1986

The escalation is directly related to energy and electricity, whose price has been unleashed and for which further increases are anticipated due to the importance of Russia in the world supply of oil and gas.

At the end of February, compared to two years earlier, Spain had 134,363 fewer registered unemployed and 444,043 more affiliates, although there are sectors, such as the hotel industry, that have not yet recovered their level of employment prior to the crisis.

The lifting of the restrictions has been reflected in a reduction of workers in temporary employment regulation files (ERTE), an instrument that came to protect more than 3.6 million people at the start of the pandemic and that in February only covered 119,028, a figure that, however, has been maintained for months.

Nearly 40,000 people are concentrated in accommodation and food and beverage services. However, there are another 11,000 travel agency workers (30% of employees in this sector) for whom the Government plans to approve an ERTE Red, an instrument agreed in the labor reform aimed at sectors in the process of reconversion.

In addition to the workers in ERTE, there are 108,000 self-employed with their activity limited or suspended who at the end of February were beneficiaries of the extraordinary benefit for cessation of activity, compared to the almost 1.5 million that came to be in the worst of the pandemic.

However, imports also grew strongly, which meant that the trade deficit doubled, to 26,000 million euros, as a result of rising energy bills.

The airlines have an offer of scheduled air seats in the main tourist issuing markets to Spain for April and May that is close to 20 million, which represents 1.1% and 1.7% more, respectively, than during the same Months in 2019, although in March they are 15.3% below pre-pandemic levels.

Registrations grew by 6.57% year-on-year in February, but they are 38% lower than those of the same month of 2019, a slow recovery weighed down by the semiconductor crisis, to which now uncertainty due to the war is added.

The largest Spanish financial entities -Santander, BBVA, CaixaBank, Bankia, Sabadell and Bankinter- acquired a joint profit of 19,866 million euros last year, compared to the losses of 2020, and have recovered the levels prior to the pandemic with superior results to those obtained in 2019.

The IBEX 35 suffered the biggest fall in its history one day before Sánchez announced the state of alarm. More than 1,000 points in a single day, and 14.06%, although the minimum of the pandemic, 6,107.2 points, would arrive two sessions later, the first Monday of confinement.

Two years later, ómicron and the war in Ukraine have frustrated the comeback of the stock market, which is now struggling to hold the level of 8,000 points.