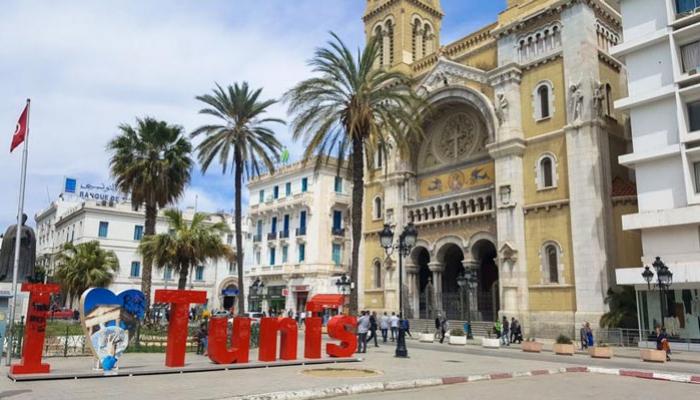 The Tunisian Ministry of Tourism estimated the size of the sector’s losses during the period of the pandemic outbreak in the country at around $2.4 billion.

The Moez Belhossein expects to recover half of the income from 2019 this year, with the beginning of a gradual recovery, despite the uncertainty surrounding the Russian market.

In an interview with the German News Agency (dpa) in his office, Minister Al-Moez Belhoussine said that there is hope for the beginning of the recovery of tourism with the registration of a demand for the Tunisian destination by travel agencies. organizations, especially the travel agency federations of Germany and Spain, which this year will hold their congresses in Tunis.

The minister explained that “the sector has gone through two catastrophic seasons, and we have registered historical numbers that Tunisia did not know before. The pandemic also affected the behavior of tourists, the sales network, air transport and various sectors.

“We are working on a plan to recover the recovery of the sector and the goal is to achieve this year between 50 and 60 percent of what we achieved in 2019,” added the minister.

In 2019, Tunisia achieved unprecedented numbers, with around 9.4 million tourists entering the country and recording revenues of $1.9 billion.

But this was soon followed by an unprecedented collapse, with the sector’s activity falling by 80% in 2020 under the weight of the Corona epidemic, before growing by 23% in the number of arrivals and 12% in receipts in 2021. .

With about two months to go until the peak of the tourist season in Tunisia, the recovery plans collide with the prevailing ambiguity about the Russian market, which is the second European market for Tunisian tourism: the number of Russian tourists who visited Tunisia in 2019 is estimated at 630,000.

“Until now, there has been no direct impact from the war. We have not seen booking cancellations, but the situation remains unclear for the Russian market, which usually starts booking in April,” Almoez Belhossein said.

Belhossein added: “We have assigned a crisis cell to monitor the repercussions of the war and prevent any possible scenario. We are working to open up to new markets and neighboring countries, and the internal market remains a safety valve.”

The minister ruled out that the war in Ukraine will have an impact on the flow of tourists from Western European countries, which represent a traditional market for Tunisia, including German tourists.

The minister said: “The war has repercussions, but after two years of Corona, the tourist wants to travel after a difficult period, Tunisia will be a favorite and popular destination for European tourists because it is a close and safe destination.”

Tunisia is preparing to receive the first tourist cruises in the port of La Goulette on March 23, after almost two years of stoppage, and this trip will be followed by another 38 scheduled trips this year, according to the Ministry of Tourism.

With the improvement of the epidemiological situation in the country, the health authorities allowed tourism institutions to operate at full capacity from the beginning of April, and the hostel hopes to ease the travel restrictions related to the Corona pandemic at the borders of Algeria. to allow hundreds of thousands of Algerians to come to Tunisia.

“We hope that the land borders will be fully opened, this will help the flow of Algerian tourists, whose numbers reached three million in 2019,” the minister said.

“We started working on the health aspect, establishing health protocols in tourist establishments, and vaccinating all the workers in them so that the Tunisian destination would be safe. There is vigilance and rigor in its application,” said Belhoussine.

At the beginning of the pandemic, the Tunisian government had allocated 500 million dinars to help the tourism sector resist during the Corona pandemic, along with micro-credits and debt scheduling of tourism institutions, and also disbursed grants to thousands of workers. of the sector. and hundreds of thousands of artisans affected by the pandemic.

Minister Belhossein said: “We organize training courses to be ready to absorb more workers as the sector recovers. We also need other measures such as alternative and sustainable tourism so that tourism is year-round and in all states.” .

The period of recovery of Tunisian tourism coincides with a difficult economic situation in the country and in view of the exceptional measures announced by President Kais Saied since last July in preparation for political reforms and other reforms that include various sectors, while Tunisia’s partners They press for a comprehensive dialogue that brings together the president and his opponents and the rest of the political parties and national organizations.

Minister Belhossein said: “There is a sincere political will and we want to assure everyone that these reforms are on the right track. We want to attract foreign and domestic investment and simplify administrative procedures.”

- Advertisement -
Share
Facebook
Twitter
Pinterest
WhatsApp
Previous articleDeath of Baby Cino: Miami rapper dies at 20 after being shot 40 times
Next articleWarning for Germany? Two weeks ago, Austria ended many corona measures, and now it has to roll back