The war in Ukraine and the future of the ISS 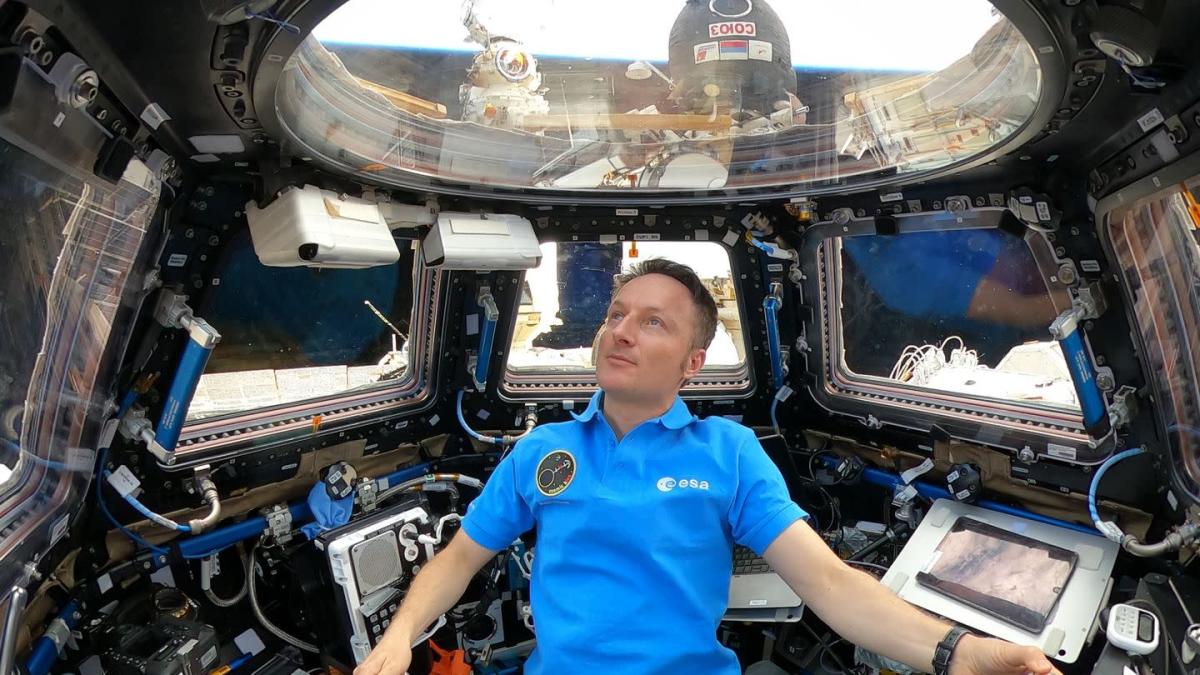 Moscow/Washington (dpa) – Experienced NASA astronaut Thomas Marshburn is not easily shaken. “Cooperation here is essential for our survival,” the 61-year-old man clarified a few days ago while floating in weightlessness on the ISS International Space Station.

A student from the US state of Ohio had previously asked the astronaut, who is on the ISS for the third time, via video message how it really works, in such a small space with such different colleagues. “We practice that before we fly, and you really get to know your colleagues very well.”

Joining Marshburn on the ISS are currently German astronaut Matthias Maurer, NASA astronauts Mark Vande Hei, Raja Chari and Kayla Barron, as well as Russian cosmonauts Pyotr Dubrow and Anton Schkaplerow. For several months, the seven colleagues have been living and working together at humanity’s outpost in space. However, since the Russian invasion of Ukraine in late February and the sanctions that followed, the question has become increasingly pressing: Can US-Russian cooperation on the ISS, in which Japan’s space agencies also participate? , Canada and Europe? involved, be so? continue to exist?

NASA is deliberately secretive, not just through astronaut Marshburn. The head of NASA’s manned space program, Kathy Lueders, told a news conference that she was monitoring the situation, but that ISS operations were continuing “as normal.” The teams from both countries are in constant contact. “We have had operations in such circumstances before and both parties have always behaved in a very professional manner.” Russia and the United States maintained their “peaceful relations in space”, the end of which would be a “sad day”.

“Let them fly into space on their broomsticks”

Different sounds come from Russia. Although the Russian space agency Roskosmos also highlights its willingness to continue cooperation in space, it also warns the US of a possible termination of this and even paints the horror scenario of an ISS accident on the wall. In addition, Russia stopped supplying rocket engines to the United States. “Let them fly into space on their brooms,” the head of Roskosmos, Dmitry Rogozin, maliciously commented.

A decoupling of the American and Russian parts of the station is even being discussed in the Russian media. Something like this is possible within a year, the scientific director of the Moscow Space Policy Institute Ivan Moiseyev told the newspaper “Izvestia”. However, so far Roskosmos has shied away from a definitive Russian withdrawal from the ISS, which had already been threatened in the past. Last year, Russia sent an expensive research module to the ISS.

But there are more concrete cutbacks: After the German Aerospace Center (DLR) declared that the cooperation with Russia had ended, Moscow also ended the cooperation. In response to EU sanctions, Russia has also, in an unprecedented step, withdrawn its staff from the Kourou spaceport in French Guiana, the European Space Agency’s only access to the cosmos.

For its part, Esa is examining further cooperation in view of the sanctions and has “many difficult decisions” to make, CEO Josef Aschbacher said. The European-Russian space project “Exomars” to search for traces of life on the red planet seems to be a long way off.

“It is simply unimaginable what is happening here”

Esa canceled a question-and-answer session with German astronaut Maurer on the ISS. “I can tell you that astronauts work very well together,” Aschbacher told Südwestrundfunk. “Matthias expressed the hope that we earthlings would get along here on the ground, because it is simply unimaginable what is happening here, seen directly from space.” There is nothing official to say about whether the war on board the ISS is a problem.

Despite the many conflicts between Moscow and Washington, space travel has always been considered one of the few areas where cooperation between the two countries has worked. Even during the Cold War, Eastern and Western blocs worked together in space, for example when they docked an Apollo and Soyuz spacecraft in 1975.

The billion-dollar ISS project, permanently inhabited by astronauts for more than 20 years, is the flagship of this cooperation. The outpost of humanity some 400 kilometers above the earth is considered a peace project. With the turn of the year, NASA agreed that the ISS would continue to operate until 2030. The Russian side has not yet approved this extension: at the beginning of the year, Roskosmos was still promoting it, but now that has changed with sanctions. Experts fear a permanent loss of trust between the two countries.

However, the Ukraine war also casts a different light on ISS’s short-term plans. Several field trips are planned for the next few weeks. Also, on Maurer’s 52nd birthday on March 18, a new three-man Russian crew and later the first completely private crew with the US “Axiom-1” mission will arrive at the ISS. they are warmly received at the lock, but now the scenes of Russian-American jubilation in space would almost be a political statement.

At the end of March, NASA astronaut Vande Hei, along with cosmonauts Dubrov and Schkaplerov, are scheduled to return to Earth in a Russian Soyuz capsule. This plan will be fulfilled for the time being, NASA manager Lueders said. However, the US would have to take a detour to pick up its astronaut after landing in Kazakhstan. Russia and the United States have closed their airspace to each other’s planes.

Possible “operational flexibilities” are being sought, Nasa manager Lueders had announced, among other things with regard to a possible necessary lifting of the station by the US. Russian spacecraft anchored in the ISS are currently being used to correct course. SpaceX founder Elon Musk, which sends astronauts and supplies to the ISS with its “Dragon” freighters, has already mentioned his space company as a possible backer. However, Lueders also emphasized: “It would be very difficult for us to continue the business on our own. The ISS is based on international cooperation, with mutual dependencies.”