The voyages, dinners, and yachts that spun the dangerous friendships of Ignacio González in The Lezo Case 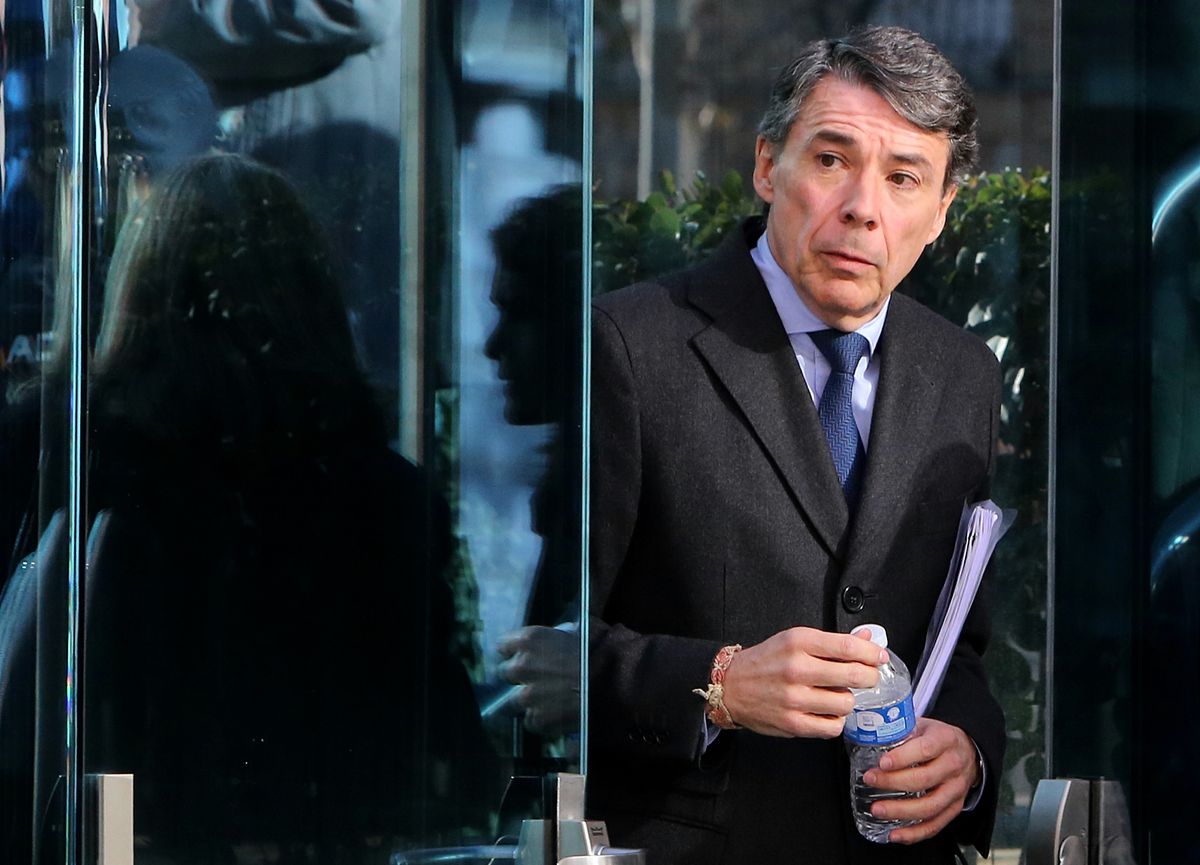 A date in Pamplona in the middle of the war. It is September 2010. OHL wants more money to complete the train that will connect Móstoles with Navalcarnero, but the Community of Madrid is not giving up. Then Javier López Madrid, a business consultant, writes an email to his secretary. “Please call Nacho González’s secretary to see days to go to Pamplona,” he writes. “(…) We take care of the tickets,” he adds. Guardia Civil investigators believe López Madrid is referring to Ignacio González, the regional vice president at the time. A politician who, according to prosecutors, is said to have received bribes in 2007 for awarding the railway works to OHL. The same who, three years later, in 2010, receives the proposal to travel to Pamplona. One who, after nights together in Marbella with López Madrid, private dinners with family and confidants in Ibiza, says in a telephone conversation recorded by the Guardia Civil in 2017: “Over the years, I’ve become more and more a friend of Lopez Madrid”. .

“The analysis of the emails and the telephone interventions show the existence of a close relationship between Ignacio González, former director of OHL Javier López Madrid, and his wife Silvia Villar Mir, daughter of the former president of OHL, Juan Miguel Villar Mir.” , confirm the investigators of the Guardia Civil in their final report on this piece Lezo case, to which EL PAÍS has agreed. “López Madrid was the channel the construction company used to convey to Ignacio González issues that could not be resolved between the OHL directors and the public employees responsible for the train contract,” they add of a frustrated project that ended with the infrastructure was abandoned to do half. “A series of emails were found showing how Javier López Madrid would have gone to Ignacio González (referred to as Nacho) on the one hand to try to resolve issues related to the execution of the train contract, and on the other on the other hand, with the alleged intention of giving OHL preferential treatment by the Autonomous Community of Madrid in the award of contracts [la Ciudad de la Justicia]“.

Almost 15 years have passed since OHL won the €360 million tender to connect Móstoles and Navalcarnero with a train. Since then, not a single one has been in circulation. The work sponsored by Esperanza Aguirre was halted in 2010 due to a lack of funding from the concessionaire and 8 of the 14.4 km of the project have already been completed, according to the regional government. Since then, the municipality and the construction company have sued the courts to clarify liability for the changes to the project (which included the unforeseen undermining of a tunnel) and funding (50 million claims from OHL). In December, Isabel Díaz Ayuso’s governing council approved the payment of OHL 162 million for abandoned and incomplete remains, EL PAÍS reported. However, the construction company is demanding more money.

How does one get to this point of complicity between López Madrid and González? How are all the safeguards to avoid conflicts of interest blown? What fosters this dangerous friendship by diluting the divide between public and private, payer and collector, promoter and executor of public works?

There are calls. Messages. emails. And more things. In 2008, López Madrid received González for dinner at his home in Marbella, according to the politician in a telephone conversation intercepted by the Guardia Civil, in which he explains that it was he who persuaded Bankia to promote the businessman to director that same year (a success which, on the other hand, also required Francisco Granados, former regional councilor and allegedly one of the leaders of the Punic conspiracy)

In March 2010, the two shared a tablecloth again at the Alcalá de Henares inn, according to the director’s diary, and at the time were involved in finding a solution to OHL’s problems building the train.

In July of the same year, politicians and entrepreneurs met again for a lunch at the Real Casa de Correos, the seat of the regional government, just when the conflict between the company and the administration over the work was at its fiercest and just when OHL López spurred Madrid wants himself meet with González because “the only way” to resolve everything is “the vice president.”

In September comes the travel offer to go to Pamplona “for the magician”, an indecipherable reference. And in October, according to the businessman’s diary, they have dinner at least twice. “There are two appointments that are obviously of a personal nature,” the researchers say. “The wife of the former president of the Autonomous Community of Madrid would have attended one of them.”

And so the connection is so strengthened that five years later, in 2015, an OHL executive put his proposal in writing to ensure the company gets the City of Justice works concession: “It would be very important steps to be done at the highest level (Ignacio González)”, he writes to López Madrid about the already regional president.

In fact, the businessman and politician has acquired enough complicity to maintain even after González was expelled from politics for his alleged involvement in politics Lezo case. To the surprise of the researchers, both still saw each other in 2016, for example at the exclusive Starlite gala in Marbella, and also wrote.

“Javi, I’m looking at your ship. are you here or are you coming – writes González during a stay in Ibiza.

-I call you now. In London,” replies López Madrid.

-If you can. But I’m sorry to have to tell you this [Ibiza] it looks better [que Londres]. A hug.

At that time, González decided to meet for coffee with the daughter of Juan Miguel Villar Mir, the head of the OHL and father-in-law of López Madrid. And he even sends encouraging messages to the entrepreneur when he has to in the ad case of black cards from Bankia.

In this way, the connection between entrepreneurs and politicians focuses the interest of the public prosecutor’s investigations in the fight against corruption. In December 2020, prosecutors concluded that López Madrid used “his close personal relationship” with Ignacio González to ask him to “use his prominent position as a leader in the Autonomous Community of Madrid.” [entonces era vicepresidente del Ejecutivo regional]’ via one of the procurement officers to secure the contract, which eventually happened. Fifteen years later, not a single train has passed through an abandoned, half-built infrastructure. Meanwhile, González and López Madrid, politicians and businessman, above all “friends” as the former regional president defined them, are awaiting the verdict of the judiciary: the public prosecutor’s office is asking for four and six years in prison for them respectively.