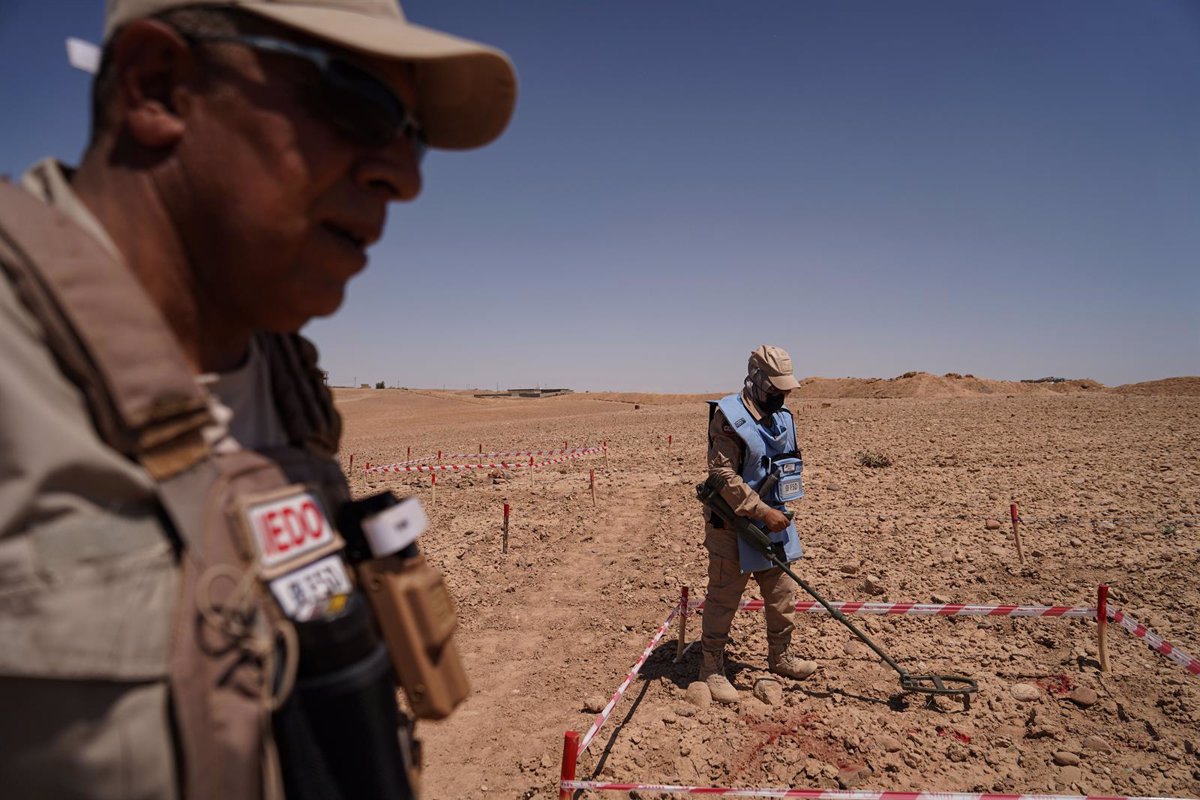 The United States government has announced a historic change in its policy on the use of anti-personnel landmines, banning the manufacture and use of this equipment in virtually all of the world except for the Korean Peninsula.

With this change, Washington definitively dismisses the “disproportionate impact” of this type of weaponry on civilian populations, which would have been evident in Russia’s “brutal” offensive against Ukraine.

The move, announced on Tuesday, implies the alignment of the United States with some of the key requirements of the Ottawa Convention, the treaty that bans the use, stockpiling, transfer and manufacture of anti-personnel mines and which already has 160 signatory states.

However, the measure provides for exceptions as activities on the Korean peninsula remain unchanged due to the “unique circumstances” – the arsenal needed by South Korean forces will not be destroyed either. It will also allow for the export and transfer of this equipment “when required for activities related to mine detection and clearance”.

With this in mind, the US authorities are committed to stepping up their demining work and attention to victims. The White House has recalled that since 1993, the United States has provided $4,200 million in aid to more than a hundred countries for demolition tasks.

“Once again, the world has witnessed the devastating effects that anti-personnel mines can have in the context of Russia’s brutal and unprovoked war in Ukraine, where the use of these and other munitions by Russian forces has caused significant damage to civilians and civilian objects,” the said US National Security Council spokeswoman Adrienne Watson in a statement.

As such, he stressed that the Biden administration is firmly committed to continuing the United States’ role “as a global leader in mitigating the harmful effects of anti-personnel landmines around the world.”

“We will continue this important work as we take another step to reclaim American leadership on the world stage,” Watson concluded, recalling the previously mentioned €4,000 million that more than 100 countries have been given to “promote peace and international… Security” programs for the destruction of conventional weapons were made available”.

The International Campaign to Ban Anti-Personnel Mines has, in recent years, denounced a worrying trend in the use of this type of weapon, which not only poses an immediate threat but is also being phased out in the medium and long term.

In 2020, mines and remnants of explosives claimed at least 7,073 lives and injuries in 54 countries and territories. At least half of these victims were children.