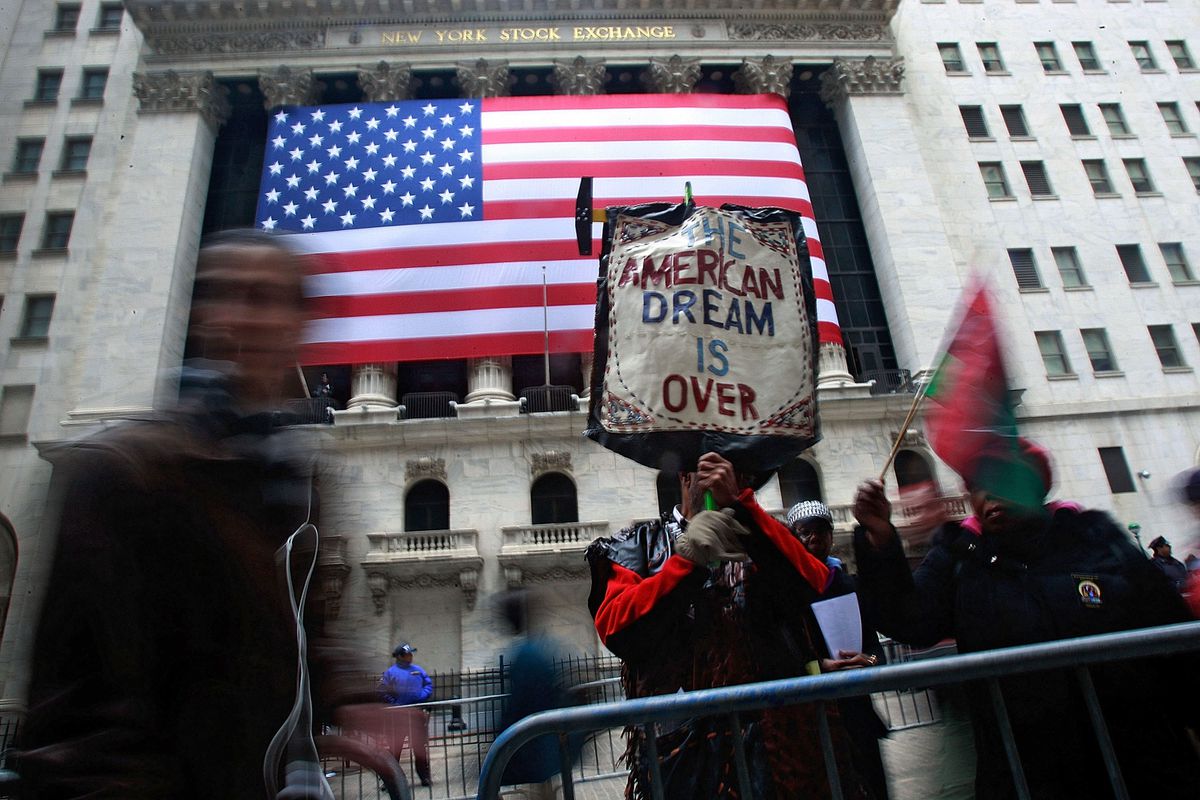 The theory states that two consecutive quarters of negative growth in the US economy means the country has entered a recession. After contracting 0.4% in the first quarter or 1.4% on an annual basis, the weakest quarter since the pandemic began, the economy contracted again by 0.2% between April and June (0.9% on an annual basis). Technically, the country could be said to have entered a recession, but most economists recall that this Thursday’s report from the Department of Commerce is just a snapshot and not a conclusive diagnosis that the statistics arbiters (experts at the National Bureau of Economic Research) will take months to complete and will consider many more criteria than GDP.

However, the release of the trade report is another pitcher of cold water, especially since economists at Morgan Stanley, JPMorgan Chase & Co. and Goldman Sachs, among others, all raised their estimates for the second quarter this Wednesday reduced trade deficit and inventory gains.

Most economists still don’t believe the economy meets the criteria for formally defining a recession, which is based on a broader set of indicators that include measures of income, spending and employment. But they also believe there is little doubt that the recovery is losing momentum amid high inflation and rising interest rates. Apart from the preliminary reading of the GDP, the debate is therefore open. Experts are divided on this, with two opposing viewpoints.

Those who see the recession make it clear that the economic sentiment among the population is unequivocally negative. In a poll released in mid-June, 56% of Americans believed the economy was slipping into recession. At the end of June, 52% said their economy was worse than a year ago, up 11 points from April. That naysayer They also point to the Fed’s four rate hikes this year as triggering the recession.

The opposite viewpoint defended by the Joe Biden administration: the diagnosis, which is usually not final until several months later, is based on a variety of indicators of economic activity, not just quarterly GDP. Even with two quarters with negative GDP, there would be other indicators that have not yet deteriorated. For example, the strength of the labor market.

Every time the US has entered a recession since the end of World War II, the unemployment rate rose just before or around the time the recession was confirmed. This is not the case in the first half of 2022, with a lively labor market, almost full employment and an unemployment rate that has fallen from 3.9% to 3.6%. For this reason, some experts point out that for those who prefer to consider the negative data — supply problems, unleashed inflation, real wages lagging behind prices — the differences from previous recessions suggest the term may not be a good one way of describing what is happening.

The Joe Biden administration argues that using the term recession is a technical distinction that misses the big picture: The US added more than a million jobs in the second quarter. Oil prices have fallen significantly since last month (although they rose on Monday and Tuesday). Analysts on Wall Street were already predicting the next boost from the Federal Reserve, which on Wednesday announced another hike of 75 basis points to combat inflation. Morgan Stanley notes it’s too early to expect the central bank to stop tightening, suggesting stocks need to fall further. JPMorgan, meanwhile, sees bets that inflation has peaked as a prediction of a Fed reversal and a better outlook for equities in the second half of the year. Fatalism economist Nouriel Roubini has warned that those who predict a deep recession are fallacious.