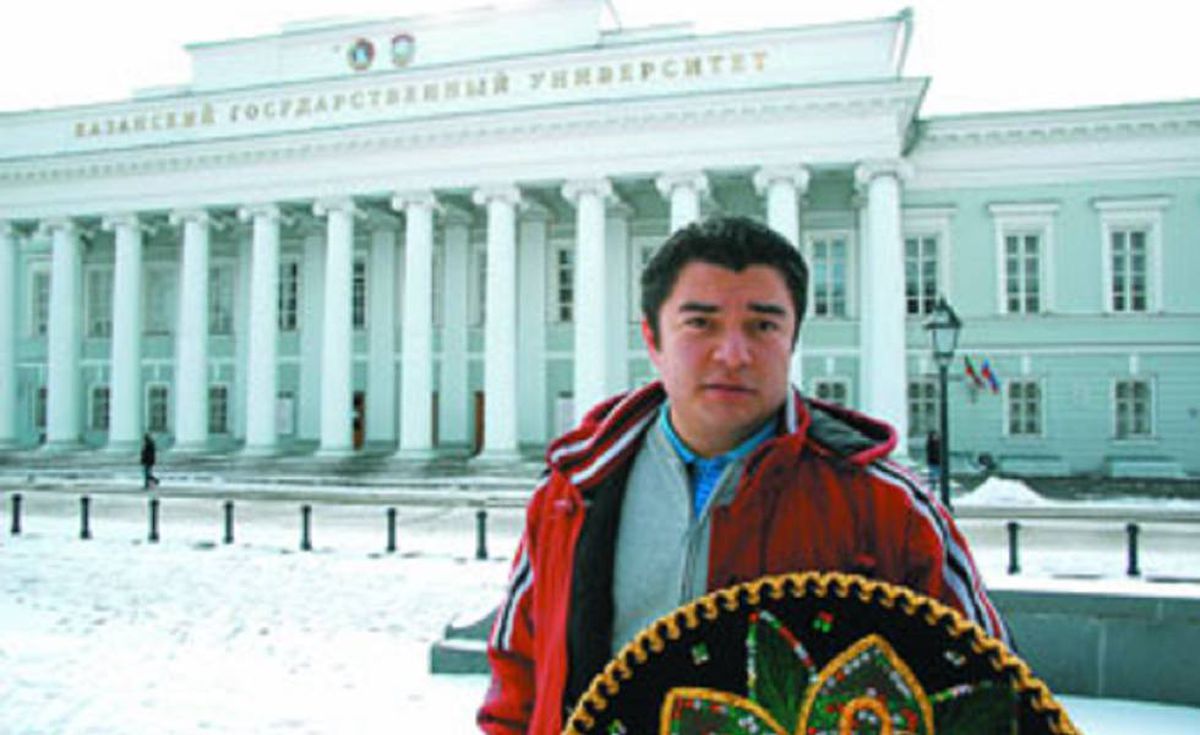 The small-town Oaxacan spy novel has reached its final chapter in a Florida court. Mexican scientist Héctor Alejandro Cabrera Fuentes was sentenced to four years in prison on Tuesday for espionage. Cabrera Fuentes had already admitted to being pressured into cooperating with Russian intelligence and having access to a reduced sentence after reaching a settlement with prosecutors.

The 37-year-old scientist from Oaxaca appeared before a federal court in Miami only accompanied by his lawyers and wearing a khaki prison uniform. This newspaper confirmed that Cabrera Fuentes, an internationally renowned biochemist, wished to face the final hearing of his trial alone, without his family present. The investigator has been silently awaiting his fate: he has chosen to keep a low profile, limited his testimony in court and has not offered interviews for the two years he has spent in prison.

“I’m extremely sorry for my mistakes,” said the accused shortly before learning of the verdict. “We all make mistakes in life and this is the biggest of mine,” said Cabrera Fuentes, who has apologized to the United States government and asked Judge Donald Middlebrooks for clemency. “This tragic experience taught me that freedom and family are the most important things you have,” the scientist added after entering the room handcuffed and wearing a white mask. The agreement he signed barred him from appealing the sentence and provided for three years of supervised release after serving his sentence. His lawyers also requested that he be held in a South Florida jail so he can be as close as possible to his relatives.

The case has drawn attention in Mexico, a country where one of its most promising scientists has suddenly been accused of operating as a “foreign government agent” on US soil. Basically it is also the story of a man whose life has changed from one moment to the next. Cabrera Fuentes was arrested at Miami Airport in February 2020 after being watched by counterintelligence elements for days. During an interrogation, the scientist admitted to following an FBI agent and photographing his car’s license plate at the request of an official in Vladimir Putin’s government. The picture was taken by his wife, sent via WhatsApp and found in the recently deleted files folder on his phone.

This was the last mission entrusted to Cabrera Fuentes by a Russian official, but it wasn’t the first. The scientist began collaborating with the Kremlin intelligence apparatus and maintaining constant communication since March 2019, almost a year before his arrest. The investigations revealed in detail the tactics used by Russian authorities to gather strategic intelligence and recruit new sources. It’s a persuasive process that takes time and ends up leaving recruits with no choice but to proceed with the plan.

The investigations also uncovered the reasons why the scientist risked his successful career. Cabrera Fuentes admitted that he led a double life: he had a family in Mexico and at the same time, thousands of kilometers apart, another secret marriage and two daughters with a Russian woman living in Germany. The scientist’s second wife had to return to Russia because of an administrative procedure, but the authorities did not allow her to leave the country again.

In May 2019, Cabrera Fuentes traveled to Moscow to examine how he could persuade his family to return to German soil, and there met his contacts with the Putin government for the first time. “We can help each other,” said the man, whose identity has not been released. The deal was simple: the Mexican scientist did as they asked, in exchange for the mysterious official unraveling the bureaucratic mess his family was embroiled in. From then on there was no turning back.

In El Espinal, Cabrera Fuentes’ hometown in Oaxaca, those who knew him were convinced it was all a big hoax. Héctor Alejandro Cabrera Fuentes is almost a hero to his compatriots in Oaxaca, Mexico’s second poorest state. Born into humble circumstances, he received a scholarship to study in Russia, where he was confronted with all sorts of economic adversities and discrimination until he was awarded for the best master’s thesis. Later doctorate with distinction at the University of Gießen in Germany. Meteoric career at the most prestigious medical school in Singapore. Lecturer at the European Society of Cardiology. Benefactor, generous, humble, polyglot, leader, sensitive to the issues of his community.

Family, friends and acquaintances were full of praise when they spoke of him: Héctor, the one who developed a prototype of earthquake-proof houses when a magnitude eight earthquake struck his country, the one who paid out of his pocket so that the children of In his city they could have foreign experiences and study trips, the one who created a foundation to promote science among the poorest, the one who was called an “outstanding worker” by his own guards in prison. After his arrest, all sorts of rumors and conspiracy theories spread to understand what happened: did they set him up? Have you discovered anything that concerns the United States government? “I can’t imagine Hectorcito being a spy,” an uncle told the newspaper two years ago.

“We believe this judgment is fair because it reflects his services as a scientist and to his people in Mexico,” said defense attorney Ronald Gainor. Gainor explained that the exact sentence is four years and one day. This extra day came at the request of Cabrera Fuentes’ own representatives, in order to seek another reduction in sentence. The lawyers hope that, with good behavior, the scientist can be released and return to Mexico in a year. “He was a model prisoner, we hope that the sentence can be reduced even more and that he can return as soon as possible,” an official at the Mexican consulate in Miami said at the end of a brief hearing with little presence of the police press.

He’s a legend in Oaxaca. In Miami he’s a spy. This clash of realities, as if pulled out of a Cold War book, settled on a pandemic-delayed case, thwarted by the Russian invasion of Ukraine and marked by statements by senior Pentagon officials who ranked Mexico as the biggest designated center of Russian espionage operations abroad. As a parallel storyline, the story of the two families earned him crucifixion and ridicule by most of the tabloid sectors of the press. Everything good and everything bad he did was publicly scrutinized.

“We have always been proud and will continue to be,” wrote Héctor Cabrera, her father, in a letter to the court last week. “Héctor is not just a professional, he is a person that society and science need and is willing to help those who need him,” his sister Nancy Cabrera said in another letter. “I ask God that you continue to fly and pursue what you love, that you continue to bring your knowledge to humanity,” said his mother, Lucila Fuentes. When specifically asked, his family has decided not to comment further, reaffirming the unconditional support they had already left in a series of letters to the judge last week.

Away from the media hype, a man caught by the circumstances sat in federal court for the Southern District of Florida. Judge Middlebrooks’ ruling falls within what was expected and what this newspaper had already put forward as part of the negotiations between the parties in exchange for the guilty plea. The conviction marks the end of one trial and the beginning of another, a final struggle for Cabrera Fuentes and his entourage: trying to regain his life as a world-renowned scientist and to see his family again. He’ll face a few more years in prison and a mutually agreed deportation to Mexico to do it, or at least try.