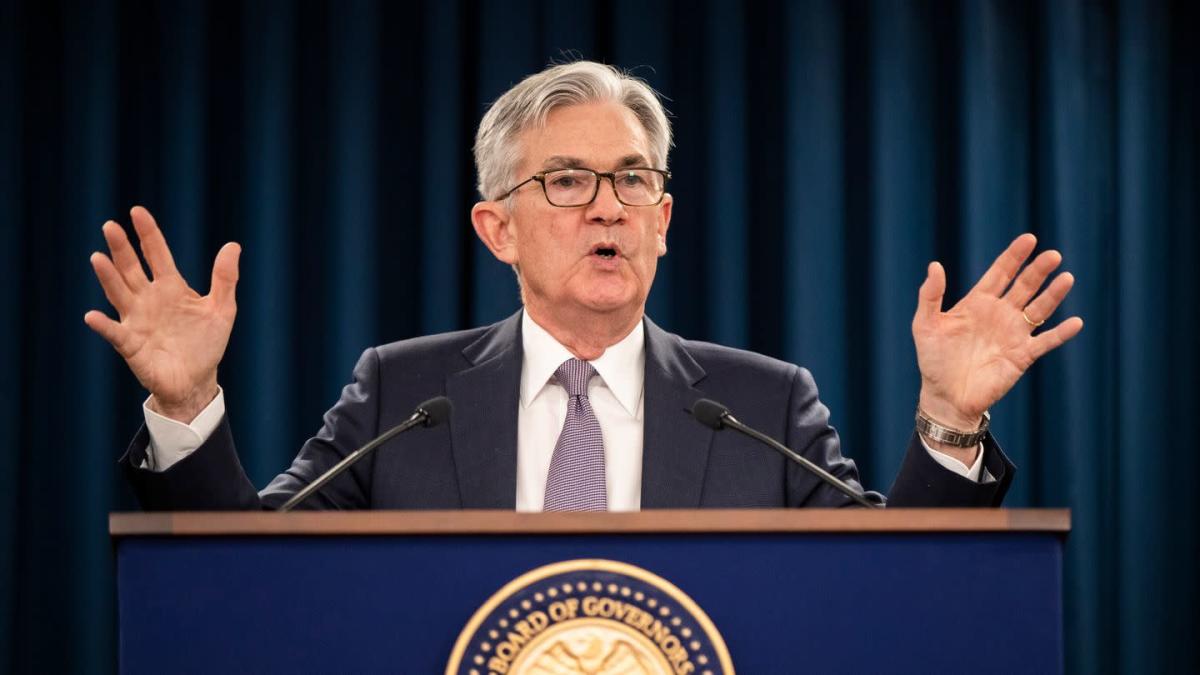 Washington (dpa) – High inflation has caused a change in trend in interest rates in the US: the US Federal Reserve (Fed) has raised its benchmark interest rate for the first time since the start of the coronavirus pandemic. coronavirus.

The key interest rate for the world’s largest economy rose 0.25 percentage point and is now in the range of 0.25 to 0.5 percent, the central bank said. The central bank assumes that further increases “will be appropriate.” The change in direction of the Fed’s monetary policy was expected due to the very high rate of inflation that had persisted for months.

Fed Chairman Jerome Powell stressed that the central bank has an “obligation” to combat rising prices. “We have the tools we need and we will use them,” he said. There is now a clear plan to raise interest rates “steadily throughout the year,” Powell said. A plan to reduce the Fed’s balance sheet, which has been inflated by coronavirus aid programs, is also expected to be announced at the next meeting in May, he said. This would further drain liquidity from the market, which would roughly correspond to a further rise in interest rates. If the development of inflation requires even faster action, “then we’ll do it,” he said.

According to a new Fed forecast, several interest rate hikes are expected this year. In December, Fed decision-makers were still assuming on average that the key interest rate would rise to 0.9 percent over the course of the year; now they are 1.9 percent this year and even 2.8 percent next year.

Increases in the key interest rate slow demand. This helps reduce the rate of inflation, but also weakens economic growth. So it’s a balancing act for the central bank: it wants to raise interest rates so high that inflation slows down, without crippling the economy at the same time.

Powell said the economy and job market are strong enough to withstand higher interest rates. “The best we can do for a strong labor market is to ensure a prolonged boom, and that is only possible in an environment of price stability,” Powell told reporters. In the medium term, the central bank is targeting an average inflation rate of around 2 percent. A high rate of inflation weakens the purchasing power of consumers because they can buy less for a euro or a dollar.

In the new forecast released Wednesday, the Fed now expects a significantly higher rate of inflation for the current year than it did three months ago. Inflation is expected to average 4.3 percent in 2022, despite expected interest rate hikes, 1.7 percentage points higher than the December forecast, central bank data showed. The Fed has had to revise its inflation forecasts upwards multiple times since the start of the coronavirus pandemic.

One challenge for the US central bank is that it can only influence the causes of price increases to a limited extent. Disruptions in global supply chains and rising energy prices, for example, do not react directly to US interest rates. According to experts, the Russian war of aggression in Ukraine is likely to provoke new problems in supply chains, as well as more coronavirus lockdowns in China, such as recently in the metropolis of Shenzhen.

The labor market is doing well

The Fed is committed to the goals of price stability and full employment. The economy is now booming again and the labor market is developing very positively. The unemployment rate had recently fallen to a low 3.8 percent. Many companies are already complaining about a shortage of workers. Consumer prices, on the other hand, rose nearly 8 percent year on year in February, the highest level in 40 years.

The Fed significantly lowered its growth forecast on Wednesday. Therefore, the gross domestic product (GDP) should grow 2.8 percent, which would be 1.2 percentage points less than forecast in December. The previous year, the economy had grown by a strong 5.7 percent as part of the recovery from the Corona crisis. The Fed remained bullish on the labor market: The jobless rate is expected to fall to 3.5 percent by the end of the year, as forecast in December.

In view of the good economic development and high inflation, the Fed had already initiated a major change at the end of last year: moving away from the considerable aid programs to combat the Corona crisis and towards a tighter monetary policy. Monthly security purchases of up to $120 billion to provide liquidity to financial markets and support the economy ended this month after a gradual winddown. This was considered a prerequisite for the first rate hike.

Europe’s currency watchdogs are now also heading towards the end of their ultra-loose monetary policy. The European Central Bank (ECB) is cutting back on its multibillion-dollar bond purchases ahead of schedule and has announced that they will end in the summer. It is not yet clear when interest rates in the euro area will rise again after years of record lows.

The National Court of Justice again refuses to release “El Pollo” Carvajal: “The risk of flight is increasing”