The unknown of the miracle pill against a kind of balding 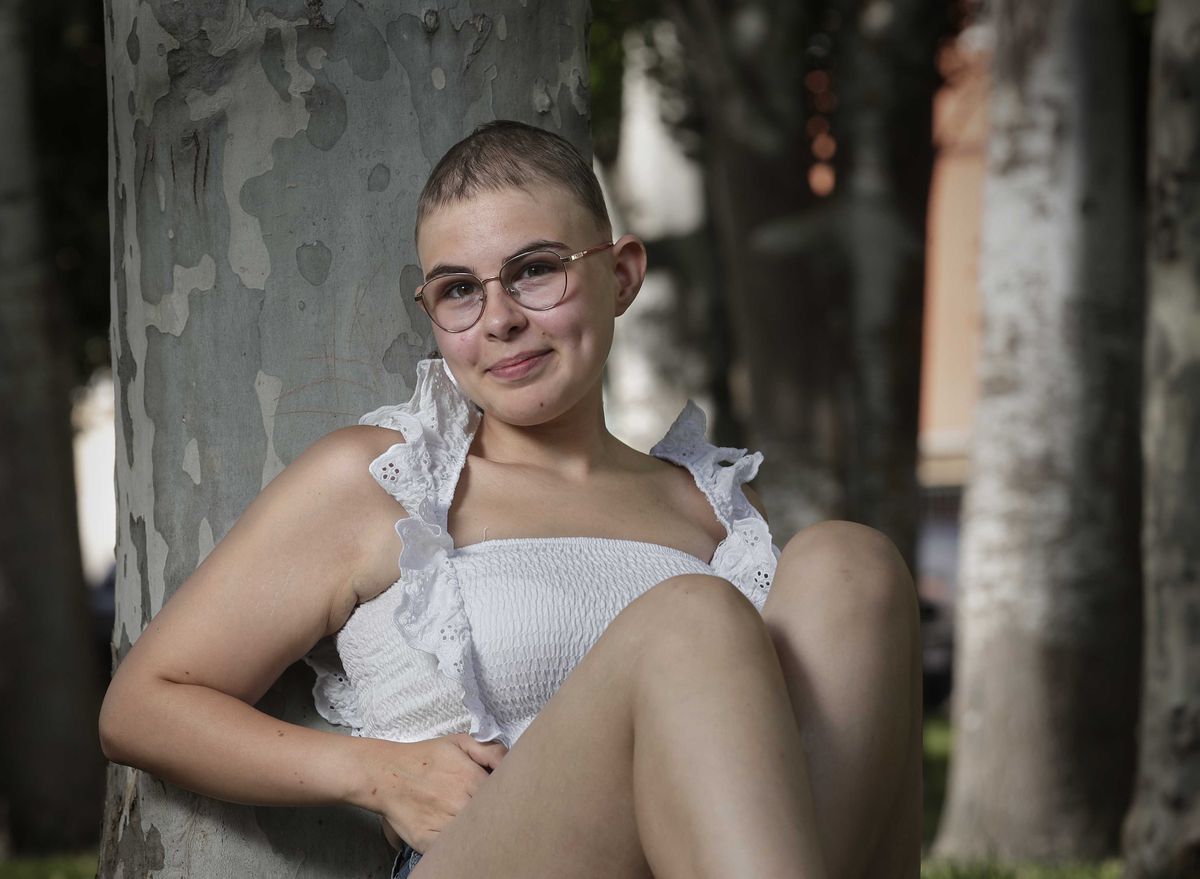 The happy world of an 11-year-old girl began to crumble one day in the summer of 2015. María Guaita’s hair suddenly started falling out like it was some crazy nightmare or horror movie. With no specific treatment available, her doctors decided to put her on corticosteroids, drugs that caused her to gain 40 pounds. Suddenly the girl was hairless and overweight, a very difficult metamorphosis to digest in the often cruel world of the teenager. “It was a very hard blow. Being so little makes you wonder a lot of things: Why me? why did it touch me I felt very bad for the first few years,” recalls Guaita, who has just turned 18. The young woman from Cuenca was one of the first people to confirm the revolutionary effects of a daily pill that reverses her baldness: baricitinib. After seven ruthless years, he’s got hair back and his normal weight back.

Maria Guaita suffers Alopecia areata, a mysterious disease in which the human body’s own defenses attack the scalp. The problem concerns to 2% of citizens at some point in their lives, but it’s usually reduced to small bald patches the size of a coin. In extreme cases, like Guaita, the hair falls out completely, sometimes within a few days. Baricitinib achieves the opposite effect: hair grows back as if by magic within a few weeks. US health authorities They approved the drug on June 13th. And the European Medicines Agency recommended approval a month ago. As explained, the European Commission is expected to make its final decision within the next seven days Stefan de Keersmackeragency spokesman.

dermatologist Sergio Vano, director of the trichology department at the Ramón y Cajal hospital in Madrid, believes that baricitinib opens “a new era”. The drug inhibits proteins called JAK that are involved in the violent attack on the scalp. After the approval of baricitinib by the US pharmaceutical company Lilly, the approvals of other similar drugs, such as e.g tofacitinib, also from the American Pfizer. “They will mean a revolution and a brutal improvement in the quality of life of these patients,” says Vañó, who treated young María Guaita at the Grupo Pedro Jaén Clinic, a private center in Madrid, where she also undergoes a consultation.

According to Vañó, not everything is wonderful with baricitinib. “A handicap of these treatments is that they are not curative. You don’t take this for six months and your alopecia areata is already cured. It’s a treatment that works while you’re using it,” emphasizes the dermatologist. “If the patient stops taking it, it tends to get worse again. This is great progress, but not a panacea,” says the doctor.

Another disadvantage of baricitinib is its prohibitive price. The drug is already approved in Spain for rheumatoid arthritis and neurodermatitis, but it is expensive about 940 euros per month. Nor is it effective for all patients with alopecia areata. The pharmacist Jesus Sierra Calculations based on the observed partial effectiveness in clinical trials: yes for every three patients treated the hair is restored, it would cost almost 34,000 euros a year to be successful in one person. “Adequate selection should be made of the patients who could benefit most from the treatment and negotiations should be held with the pharmaceutical company to verify the current price,” says Sierra of the University Hospital of Jerez de la Frontera (Cádiz). . Apothecary Lilly won around 5,000 million euros last year.

The dermatologist Sergio Vañó clarifies other possible mix-ups. “The approval of the European Commission does not mean that it is already a treatment funded in the Spanish health system. The Ministry of Health must examine whether and in which cases it will fund this. And this process will take another year,” emphasizes Vañó. “If a patient comes into the hospital within a month, we cannot automatically prescribe baricitinib. It would have to be requested individually and there’s a good chance they’ll say no,” he adds.

Vañó emphasizes that alopecia areata is not just an aesthetic problem. “Imagine not having a single hair all over your body overnight. It completely changes your image, it stigmatizes you a lot. People ask you if you have cancer. It changes you on a socio-work level. I had patients at the Ramón y Cajal hospital, young girls with this problem who tried to commit suicide,” warns the dermatologist. The most severe forms of the disease are often associated to psychiatric problemslike anxiety and depression. “Patients also have functional problems: if they don’t have eyelashes, they’re at a higher risk of corneal erosion, they’re uncomfortable exercising because sweat gets in their eyes, and they have more infections in their noses and ears because they don’t have hair.” have territories,” lists Vañó.

The dermatologist Joan Ferrando, honorary professor at the University of Barcelona, ​​also emphasizes that baricitinib requires strict medical control. “That people don’t believe that everything is that simple. has baricitinib side effects: It can weaken immunity, facilitate infection, activate dormant tuberculosis, and may also result in a higher incidence of lymphomas or from cerebral infarctions,” emphasizes Ferrando. His colleague Sergio Vañó points out that the most common side effects are mild respiratory infections, the appearance of acne and an increased risk of herpes zoster. “It’s a very safe drug. The improvement in the patient’s quality of life and self-esteem when the hair is restored compensates for the possible risk of these side effects,” says Vañó.

The Head of Trichology at the Ramón y Cajal Hospital estimates that 0.05% of the population could suffer from severe alopecia areata: around 25,000 people in Spain. “I think the drug will be reserved for those cases because of the cost,” says Vañó, who predicts the price of baricitinib will drop to around €500 a month. Paloma Torrecilla, María Guaita’s mother, recalled the “ordeal” her daughter endured during puberty with hundreds of useless drugs injected into her scalp and is asking the national health system to cover the cost of baricitinib for the more severe ones patients. “Maria is starting to feel good now. It’s amazing how much a person changes from a sight without hair to a sight with hair. It’s a transformation,” reflects the mother.

María Guaita herself speaks with extraordinary maturity about her illness and calls on the authorities to fund drugs against alopecia areata. “Since there aren’t many cases, it’s a viable option. I would ask you to try it,” the young woman demands. “And I would tell people like me not to lose hope that there is a way out. Sooner or later they will get out of this hole.”