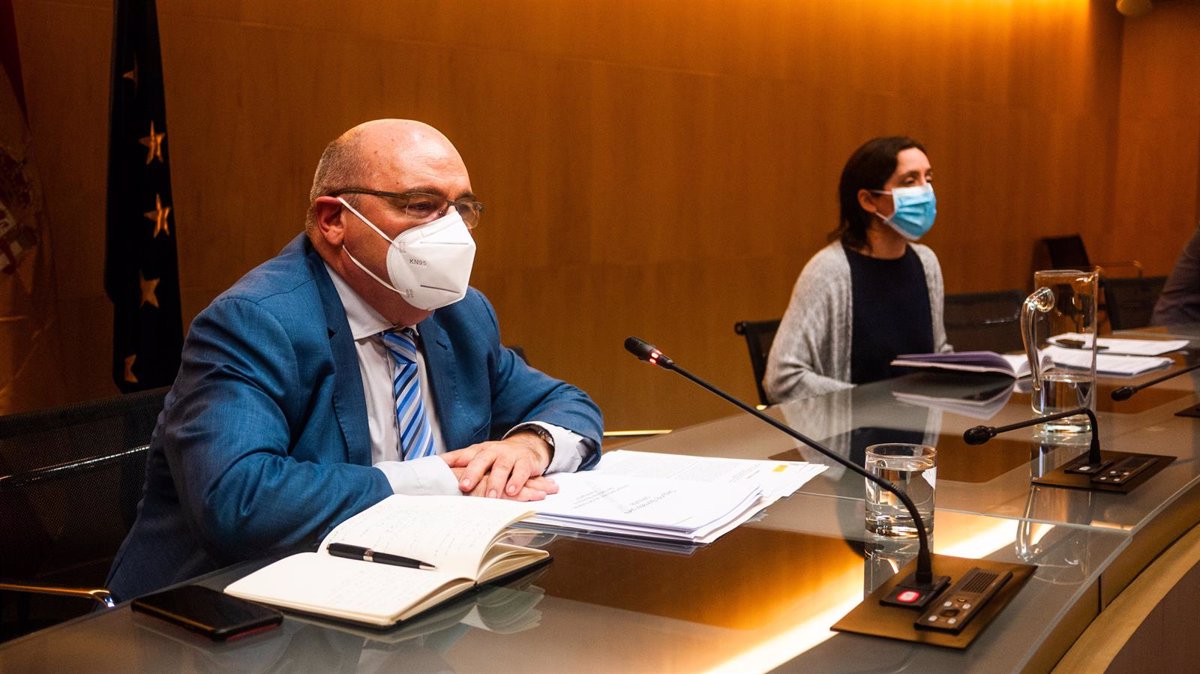 The Secretary General for Universities, José Manuel Pingarron, has recognized that the preliminary draft of the Organic Law of the University System (LOSU) approved by the Council of Ministers “has aspects for improvement”, although he has assured this for the time being, “it has no opposition front from any group”.

However, he added that “some things do not like”: “But it is so, it is the university and it is what it is. It is a law with all its complexity, which at least for the moment has the frontal resistance of every university group” .

The general secretary for universities hopes that the new university law will be passed “in the first quarter of 2023, albeit depending on the political groups”, “if all goes well”.

“We want the law to have the widest possible consensus and for us there will be no lack of speaking, discussing, agreeing on everything that is necessary. There is no point in making a law without a minimum consensus, because then we would be doing a disservice, I will be ready to meet as often as necessary to achieve the greatest possible consensus,” he explained.

Among the things that the new law improves on the LOU, Pingarron has highlighted that “for the first time it is written that an increase in public funding of the Spanish university system is required”. In this sense, the new law stipulates a minimum amount of 1 percent of the gross domestic product for the higher education system.

In view of the “enormous problem” of the aging staff, he stressed that a “very clear and well-defined” academic career had been designed. “A large part of the temporary teaching staff receives a permanent contract,” he said happily.

PP: “THE SUCCESS OF A LAW IS NOT PUBLISHING IT IN THE BOE”

Speaking on behalf of the parliamentary community that had made five requests for Pingarron’s appearance, Senator Juan María Vázquez pointed out that his party’s initial analysis of the law was “pessimistic”. “The success of a law is not in having it published in the BOE, but in having the benefit it claims. At present, the law is not gaining approval,” he warned.

In this sense, he has criticized the fact that the draft law was adopted in the Council of Ministers “without the report of the Council of State”, considering that its reports “help clear up some ambiguities”. “We reiterate our interest in this law being accompanied by this report from the Council of State,” he specified.

Likewise, Vázquez has referred to the law’s accompanying report, which reflects that the norm was reinforced through consultations with the entire university system. “We would like to know how these consultations were carried out and what the reports of the consulted bodies say, as some bodies tell us that they were not consulted,” he explained.

On the funding of the law, he stressed that the pledge of 1 percent of GDP for higher education spending “would be good if more had been bet on the Autonomous Communities, which mainly fund higher education, or if it had been accompanied for an economic memory”.

In the same vein, the popular senator criticizes that they need an investment of 1 percent of GDP “but only 0.4 percent” of European funds, which he says “could have served to strengthen the Spanish university system”. “Given these results, the government does not appear to have any particular interest in strengthening its universities,” he warned.

According to Vázquez, the current wording of the standard “continues to raise a number of doubts, such as the sharp drop in temporality from 40 to 8 percent, excluding some figures such as residents or associate professors of health sciences”.

Faced with these problems, Pingarón has assured that they have spoken “to all the collegiate bodies”, since all projects are “long debated and debated” and that “from the first moment” they must “respect the competences of the communities autonomous and with university autonomy”.

That’s why he decided to give the universities “autonomies to distinguish themselves within a common framework”: “If a university wants stricter criteria for a rectorate candidacy, then let them bring them in. Maybe it’s not bad for them, themselves to differentiate.”

“One of the cross-cutting lines that we have introduced is respect for university autonomy. Let them organize themselves as they wish and let the autonomous communities play a role so that they can develop this basic framework that we have created,” he said to Pingarron, who recalled that more than 70 percent of university funding comes from the autonomous communities, so “nothing can be done to improve university funding unless it is done in collaboration with the communities”.

Regarding the fact that the law, in its shortened term, excludes associate professors of health sciences, he explained that “the law on public health would have to be amended”. “Slightly daring on our part, it has a special regulation and that’s why we preferred to remove it so as not to worry too much about life,” he reasoned.

On the other hand, Pingarrón has pushed to have the new reform of the baccalaureate examination for university entrance (EBAU) “by September at the latest”. “By the beginning of September we have to have it designed. This is very urgent,” he specified.

- Advertisement -
Share
Facebook
Twitter
Pinterest
WhatsApp
Previous articleThe eruption of Vesuvius devastated Pompeii in October and not in the summer as was assumed
Next articleWeird property! According to historians, this makes Queen Elizabeth the ideal monarch