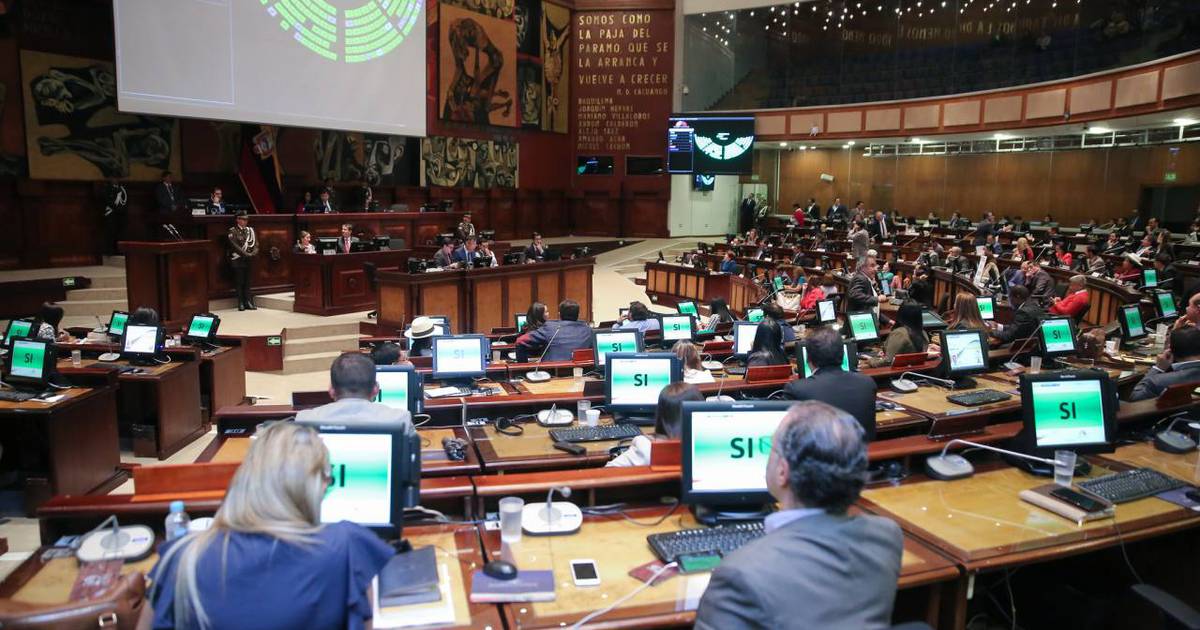 On the afternoon of this Friday, June 24, the Democratic Left Caucus announced that it would not vote to support the removal of Guillermo Lasso from the presidency. Through a press release, the ID has expressed its position and will not join the request of the UNES caucus.

This, after the representation of the correismo in the National Assembly presented to the president of the legislature, Virgilio Saquicela, the plenary session is convened to analyze article 130, number 2 of the Constitution. It is about the dismissal of the head of state due to a “serious political crisis and social upheavals”.

In addition, the ID also demanded that the government engage in “serious dialogue” and listen to the needs of the people’s social demands. In the same way, they affirmed that the changes that must be made in Ecuador must be done in a democracy, without instability, because – they assure – this issue will not solve the country’s problems.

The Social Christian Party is also closing ranks and will not support the demand presented by the correista bench. In a statement signed by the organization’s president for life, Jaime Nebot, the current president, Alfredo Serrano, and the head of its legislative representation, Esteban Torres, took a stand regarding today’s session.

The CPS explained that it disagreed with the political, social and economic leadership of the government. They demanded that he make adjustments to his decisions to improve the living conditions of the population.

They added that even if the people’s demands are “just”, they cannot generate chaos, paralysis and unemployment; nor generate chaos and cause damage to the property of others.

The UNES controls 47 members of the assembly for today’s decision, while the ID has 10 lawmakers, except for five who split from their party line and voted with the correistas.

The CPS has 15 legislators. In Pachakutik, the second political force in the National Assembly, positions are shared. Six so-called “rebel” lawmakers have announced their support for the removal of Guillermo Lasso from the presidency.

#WARNING: Members of the Pachakutik rebel assembly go to the Agora of the House of Culture and predict that they will support the Correismo and vote for the impeachment of the president, Guillermo Lasso, due to serious internal unrest. They ask for the auto-convocation to the Legislative. pic.twitter.com/SVfFPG88oW

The head of the Pachakutik caucus, Salvador Quishpe, through a tweet in which he labels the story of the President of the Republic, Guillermo Lasso, asks that at least one of the points requested by COANIE be resolved. In addition, he asked that the correistas not return to power, because according to the deputy, this would allow them to continue “doing horrors”.

President @LassoGuillermo take part of the extrabudgetary money for the good price of oil and lower the price of fuel and thus attend one of the points of the mobilization. Don’t let the correistas come back to power to continue making horrors.