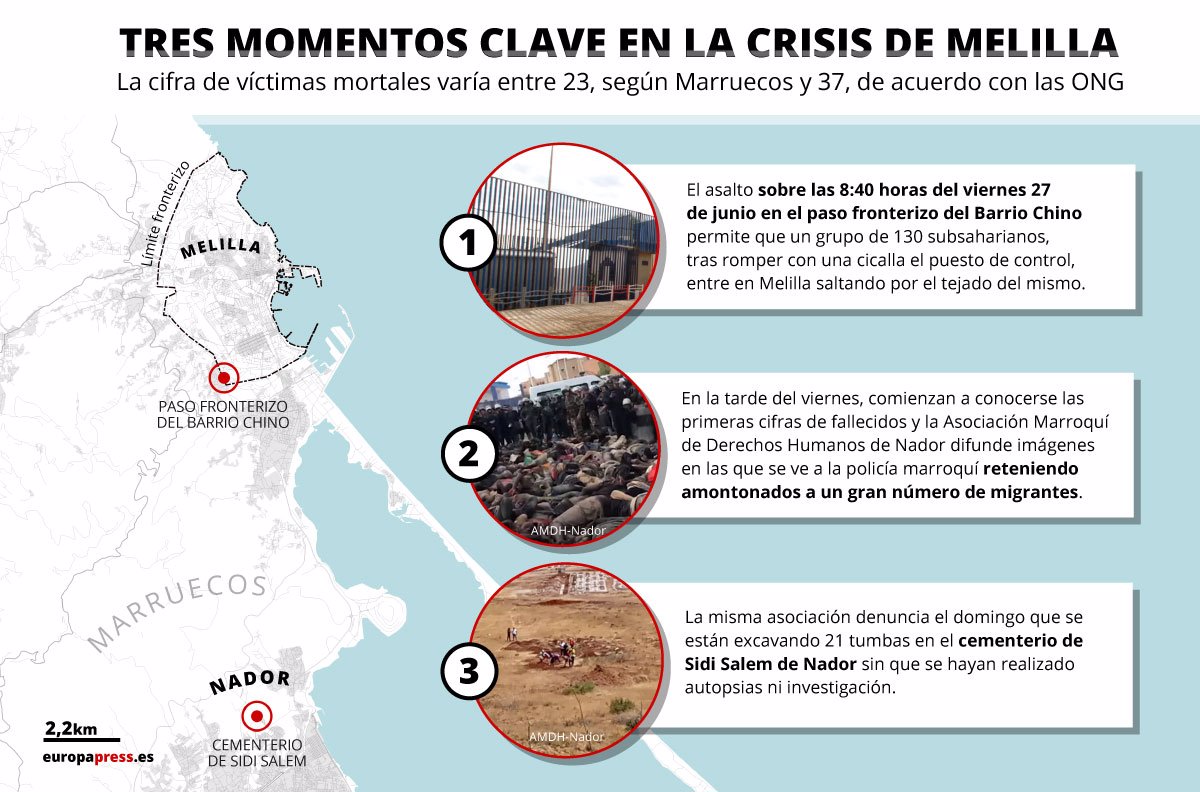 Kenya’s permanent mission to the UN Security Council, which convened a briefing this Wednesday into the deaths of at least 23 sub-Saharan migrants last Friday in an attempted jump over the Melilla fence, has asked the Spanish and Moroccan authorities to ” practical measures” asked “to avoid tragedies like those in this Spanish enclave.

“Tragically, this was not an isolated event. This is part of a worrying trend in recent years, with people from Africa traveling to Europe via the Mediterranean (and) suffering extreme violations of their human rights,” he told the Kenyan mission, Mike Kiboino, in an explanation.

In this sense, after the UN Security Council briefing convened by that country, Kiboino called on the competent authorities to “ensure an immediate investigation and bring the perpetrators to justice”.

The Kenya Permanent Mission has also urged recognizing and ensuring the safety of African migrants fleeing wars and insecurity in their countries. “We reiterate our call to promote and protect African descendants in all nations without exception,” he said.

“The international community has a responsibility to ensure that all migrants and refugees are treated with dignity, regardless of their origin, race, religion or place of birth,” he added.

For this reason, he has claimed that attention to African migrants deserves “the same level of attention” as those fleeing Ukraine. For example, Kenya’s Permanent Mission to the United Nations has reiterated to the European Union and the African Union that they guarantee that migratory movement through Europe will be “safe and dignified”.

At least 27 people died, according to NGOs, 23 according to official sources quoted by the Moroccan official press, as a result of the intervention of the Moroccan security forces when more than 2,000 people from sub-Saharan Africa tried to close the Melilla fence last Friday cross .