The Ukraine war drives up the price of nickel, an important metal for electric car batteries. Tesla is already making its cars more expensive. 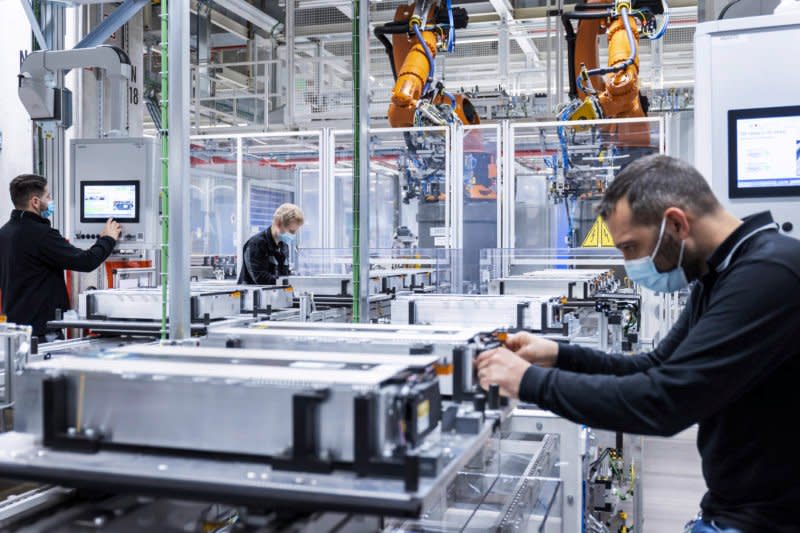 It is not just crude oil and gas prices that have soared as a result of the Russian invasion of Ukraine. Nickel has also seen a real price rally in the last two weeks. The metal needed for lithium-ion batteries in electric cars was sometimes trading for more than $100,000 a ton. Thus, the price of the raw material had risen 50 percent on March 8 alone, compared to the day before, even tripling at its peak.

Due to the price turmoil, nickel trading on the London Commodity Exchange has been suspended until further notice. As of March 8, the price is around $48,000. For comparison: in February, the average price of the raw material, which is also essential for metallurgy, was still $25,000. In 2021 it was still an average of $18,500. Trading in the metal will resume on Wednesday, March 15.

Prices should rise in the long term

The value of the metal has increased significantly overall since last year because it will play a significant role as one of the most important ingredients in promising electricity storage systems in electric mobility and throughout the energy transition. Back in January, a study by the German Institute for Economic Research (DIW) forecast an average nickel price of 44,000 thousand euros per tonne by 2040.

Unsurprisingly, the fact that this price broke earlier this month, eighteen years ahead of schedule, has something to do with Putin’s troops invading Ukraine. The economic sanctions imposed by the West in response to this are aimed at one of the world’s largest nickel producers.

Russia is number 3 in the world

In 2018, 272,000 tons of the metal were mined in Russia, while the world’s largest country’s reserves by area amounted to a whopping 6.9 million tons. With a production volume of 218,000, the Russian Federation was the third largest producer of nickel internationally that year. Only Indonesia and the Philippines extracted larger amounts of raw material.

Car buyers have also felt the effects of the recent explosion in nickel prices. Automakers like Mercedes and Tesla are increasingly using the metal in their latest cell chemistries. By increasing the nickel content to as high as 80 percent in some cases, they have been able to reduce the manganese and cobalt content to low single-digit percent. This last metal in particular is considered ethically controversial, as its extraction still leads to child labor and environmental damage.

This measure is now taking revenge on production costs. They could become significantly more expensive due to soaring nickel prices. According to analysts at Bloomberg, a lithium-ion battery with an energy capacity of 100 kWh contains an average of 66 kilograms of nickel. Last year, this amount would have cost an average of 1,221 euros, but given the current price level, it would have been more than 3,160 euros. An increase in costs of more than 2,000 euros.

The fact that many automakers want to reduce the weight of their electric vehicles by using more aluminum could soon have a negative impact on production costs. Nickel is also required in the production of aluminum alloys.

Tesla was the first manufacturer to pass on nickel price increases to its customers. In your home market, Americans have increased the prices of the Model 3 Long Range and Model Y by $1,000 each. Chinese buyers even have to pay the equivalent of $1,500 more to the Texas automaker. Tesla boss Elon Musk himself had already pointed out the importance of the raw material in the summer of 2020: “Please mine more nickel,” the Tesla boss said when the financial results for the second quarter of 2020 were announced.

And in Germany? Business Insider has learned from VW circles that the turmoil in the nickel market won’t spell trouble for the group. According to the Wolfsburg company, they have supply contracts, so the whole thing is not a problem for them.

All manufacturers are likely to have problems

Stefan Bratzel, director of the Automotive Management Center in Bergisch Gladbach, doesn’t think the manufacturer can avoid higher costs as a result. “There may be one or two moving clauses, but price increases on the world market will also affect Volkswagen and other manufacturers that have longer-term supply contracts,” he says in an interview with Business Insider. Commodity suppliers are now strong players who need to protect themselves.

According to the expert, it is difficult to say how long the problem will persist: “The dynamics of the Ukraine war and its economic consequences are so great that it is difficult to assess at this time,” says Bratzel. The raw material problem, which already existed before Putin’s attack, would be aggravated by the conflict. “This is another reason why electromobility cannot increase as fast as desired. Even if there was a high demand for vehicles.”

Recycling is also becoming increasingly important for this reason.

The automotive analyst considers it unlikely that the other exporting nations will be able to compensate for the quantities normally extracted in Russia in the short term: “You can try to increase one or another capacity, but it is usually not possible quickly. You have there there is always a certain delay, because it is needs more mining capacity and additional machines.” The development of completely new deposits can sometimes even take several decades.

Since the price of other raw materials, such as lithium, is also trending upwards in addition to nickel, battery recycling is becoming more and more important for car manufacturers. This not only improves the climate balance of electric vehicles. In the long term, corporations will also become less dependent on commodity problems like this one.

Iron phosphate batteries could also help alleviate the situation. The batteries Tesla already uses in the base version of the Model 3 require no nickel or cobalt and are generally significantly cheaper to produce. However, the technology is currently still associated with disadvantages in terms of energy density, that is, also in terms of range. It remains to be seen whether these disadvantages can be eliminated in the coming years through new technical developments.