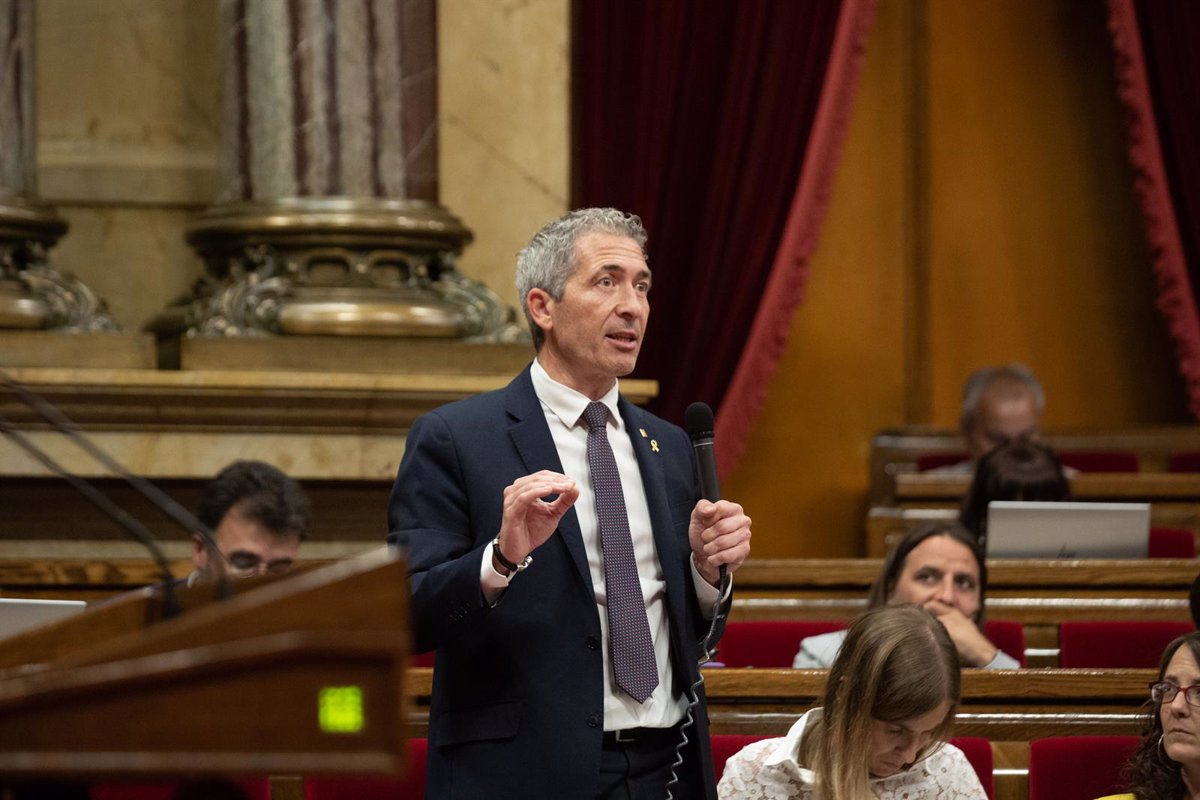 The Supreme Court of Catalonia (TSJC) has registered the lawsuit brought by Hablamos Español and Coexistence Cívica Catalana against the Generalitat Minister of Education, Josep Gonzàlez-Cambray, for one crime of disobedience and another for evasion by alleged “disobedience”. and not applying the ruling that requires at least 25% of classes to be taught in Spanish.

In a procedure consulted by Europa Press on June 9, the TSJC appoints Judge Maria Eugènia Alegret to be responsible for the case and, according to Catalan Supreme Court sources, the complaint will not be admitted to processing and will be forwarded to the Public Prosecutor’s Office for mandatory reporting before the Convocation of the consultation room, whether this is admitted or not.

She therefore asks for the corresponding criminal proceedings to be initiated in accordance with the duty of care, but the proceedings will only be handed over to the investigating judge when the public prosecutor’s office reports on the jurisdiction of the court and the approval to process the complaint.

It is possible to file an annulment request against the decision within a maximum period of five days, as specified by the TSJC in the letter.

The complaint was filed on June 1 and criticized that the instructions the ministry sent to the centers after the sentence was carried out “explicitly asked them to disobey the court’s mandate”.

After the deadline set by the TSJC to execute the sentence, Gonzàlez-Cambray announced that he had sent the centers instructions and a questionnaire to confirm that their language projects conformed to the new government-approved decree on languages ​​in schools are adapted.

The complaint accuses Gonzàlez-Cambray of failing to comply with the TSJC’s order and underscores the government’s question to schools whether its language project avoids using percentages in language teaching: it criticizes that “if you answer ‘no’ answering the question, the linguistic project is annulled, which directly prevents the execution of the sentence”.

The complainants see this method as “a clear ruse not to comply with the verdict”, they brand the government decree as arbitrary and accuse Gonzàlez-Cambray and his ministry of knowingly acting illegally.