The TSJ of Madrid declares zero the dismissal of the TVE screenwriter who wrote the label “Leonor leaves Spain like her grandfather”. 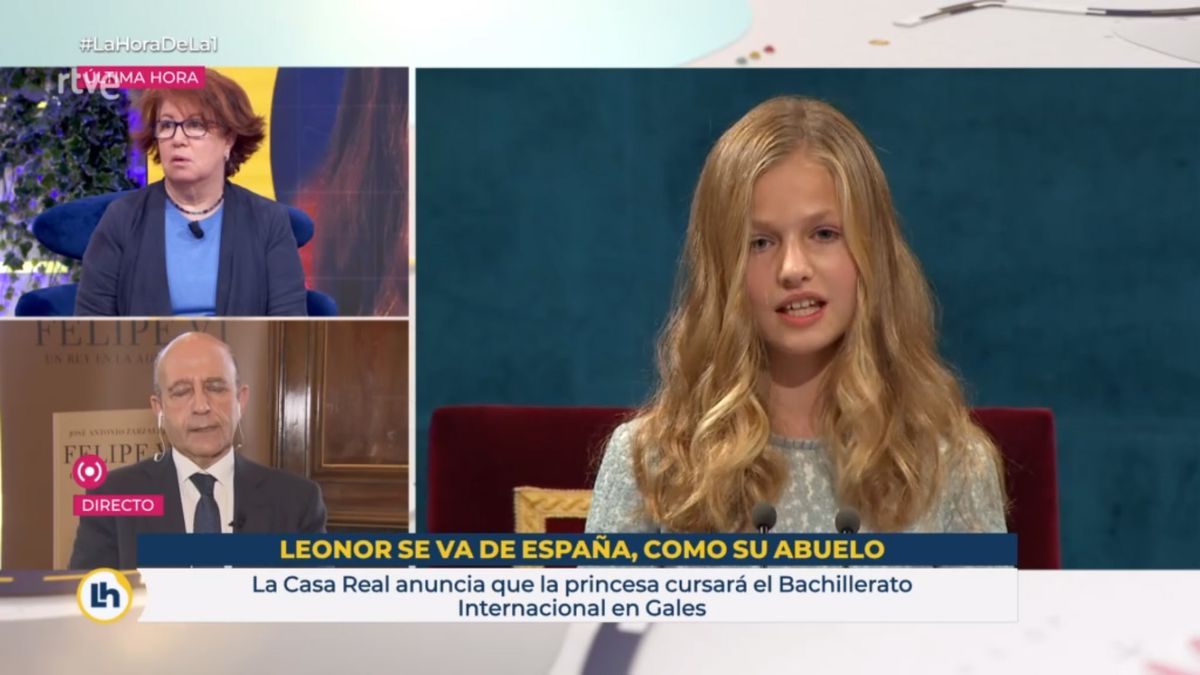 Madrid’s Supreme Court has annulled the screenwriter’s dismissal The hour of the 1 that on 10 February 2021 the news of Princess Leonor’s departure to study in Wales was accompanied by the headline ‘Leonor leaves Spain like her grandfather’, in reference to Juan Carlos I’s departure from Spain to reside in Abu Dhabi. The text, which was read for one minute and seven seconds in the morning program of the first TVE channel, immediately triggered numerous complaints on social networks. On the same day, Rosa María Mateo, then the company’s sole acting administrator, complained about the “serious error” and announced measures. One of them was the announced dismissal of screenwriter Bernat Barrachina even on Twitter the next day.

A year and a half later, the Madrid Supreme Court this Wednesday overturned a first court decision of December 2021 supporting the dismissal, ordering the reinstatement of the worker and paying the salary that should have corresponded to him since the dismissal, in addition to compensation from 10,000 euros for non-pecuniary damage. According to the Colectivo Ronda office charged with defending the screenwriter, the First Social Section’s ruling recognizes that the label was “a clearly inappropriate and outrageous reference, far from contributing to the news, which were clouded and overshadowed’, but ‘did not contain any expression with an objectively offensive or irritating meaning towards the Princess, whose honesty was not really questioned’.

The judgment recalls that “the conclusion of an employment contract in no way implies the deprivation of one of the parties, the worker, of the rights that the Constitution recognizes him as a citizen”, and considers that in this case the right has been violated on freedom of expression of the screenwriter who worked for the production company Mediatso SL. but with RTVE as the organizer of the works. “Regardless of the criticism the label may deserve for its simplistic, clumsy, and tendentious nature, it has not exceeded the bounds of freedom of expression permissible in the employment relationship.”

The Court considered that the label had no “offensive spirit”, as evidenced by the accompanying text: “The Royal House announces that the Princess will be attending the International Baccalaureate in Wales”. According to the verdict, this made it possible “to clearly distinguish the informative content from the rhetorical figure”.

The award of the label caused a stir that even reached politicians, and PP, Vox and Ciudadanos called for vigorous action. Alongside a statement from RTVE condemning what happened as a “grave error,” said Mónica López, presenter of The hour of the 1, apologized for the live text on behalf of the public network. Rosa María Mateo announced “immediate” action against those responsible, which resulted in the dismissal of Barrachina and the replacement of an editor of the show. Pablo Iglesias, then second vice-president of the government and chairman of Podemos, called the discharge of the two workers “unacceptable” and regarded the decision as “abuse”.

Screenwriter Bernat Barrachina has been working on since October 2021 The stone, program of La Sexta presented by Nuria Roca. He used humor to announce his dismissal from TVE: “You fired me like Leonor’s grandfather.”

- Advertisement -
Share
Facebook
Twitter
Pinterest
WhatsApp
Previous articleHas good sex diminished for children? Strategic data to improve
Next articleFeijóo will meet again tomorrow in Brussels with his colleagues from the PP after the victory in the Andalusian elections which strengthens the PP

More color in the hair thanks to the chalk