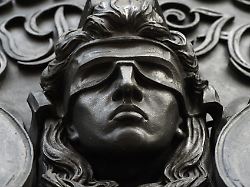 Two men are said to have killed a prostitute in her apartment brothel to rob her. The case caused consternation in the capital of the state of Lower Saxony in the fall.

Hannover (dpa/lni) – Because a prostitute is said to have been murdered, two men are due to answer to the Hannover Regional Court from this Monday (1:00 p.m.). According to the indictment, they allegedly entered the woman’s brothel in September 2021 to rob the sex worker. According to the prosecution, the men, born in 1986 and 1996, injured the 53-year-old woman’s head and suffocated her. Afterwards, the woman is said to have been bound and gagged to search the rooms for valuables. They are said to have left the apartment in Hanover-Stöcken with 950 euros in cash, coins and a mobile phone. The woman died of suffocation.

A neighbor of the apartment building discovered the dead woman tied up in her apartment and alerted police. A few days later, a 25-year-old man was arrested as a suspect in the Hildesheim area. Investigators had tracked him down with the help of phone data. At the end of September, the 35-year-old man was captured in the Hildesheim area. He initially said that he was at the door but not in the 53-year-old man’s apartment. According to police reports at the time, the woman lived alone.

According to the court, both defendants are in custody. The prosecutor’s accusation is murder by malice, by greed and to enable another crime, that is, robbery with fatal consequences.

No witnesses have yet been called for the first day of the trial. A total of ten days of negotiations were scheduled. According to this plan, the verdict could be pronounced on May 17.