The train crisis confuses Liverpool-Manchester City… and the leader comments 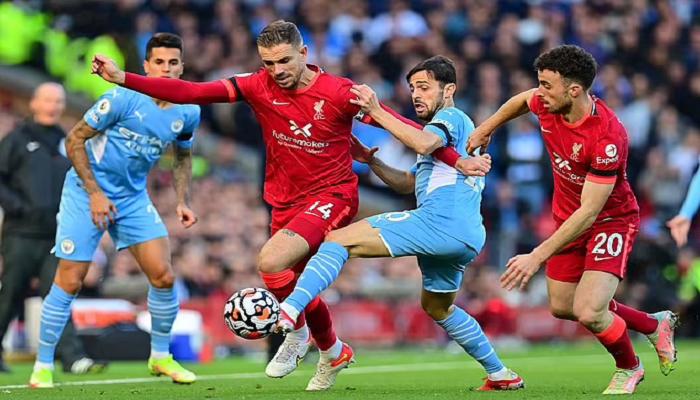 Jordan Henderson, captain of Liverpool, criticized the celebration of his team’s meeting with Manchester City in the FA Cup in the English capital, London, at Wembley Stadium.

Manchester City and Liverpool are expected to meet on April 16, in the first of the FA Cup semi-finals.

“I think this time we have to think more about the masses,” Henderson said.

He continued: “In many ways this is their day, but there are reasons that will prevent them from moving to London, not least the cost of transport, and in my opinion the most logical thing to do is for us to move the match to another neutral stadium.” especially if both teams are from the North West of England.

This comes in light of a train shortage in London over the coming period, which made it necessary for the English Football Association to provide 100 free buses to fans attending the meeting.

During the week of the match, the cities of Liverpool and Manchester will not offer train trips to the English capital, London.

He added: “We have known for the last two years that the fans are the most important element, how important they are to football, and it is unfortunate that we find them struggling to get expensive tickets to attend matches.”

Manchester Mayor Andy Burnham and his Liverpool counterpart Steve Rotheram had recently called for the stadium for the Manchester City-Liverpool match to be moved from London to some other neutral venue, through a joint letter between them.

“Without direct and fast trains, many would have no choice but to drive, fly, make very complicated trips, by train – meaning taking more than one train – or book a hotel stay,” the letter said.

And the letter continues: “Taking into account the high prices of fuel, it is evident that the fans of the two teams that will attend the meeting will incur a high cost in addition to security and logistical considerations.”

For its part, the English Football Association responded to the issue by stressing that it is aware of the suffering of Manchester City and Liverpool fans who will travel to London to watch the match, in the presence of a limited number of trains. but denied any intention to change the stadium of the match.

It should be noted that the practice of holding the FA Cup semi-finals and final in the English capital, London, at Wembley Stadium, is one of the customs from which the FA does not deviate for any reason.