The Tenerife fire is worsening overnight and is already affecting around 2,000 hectares 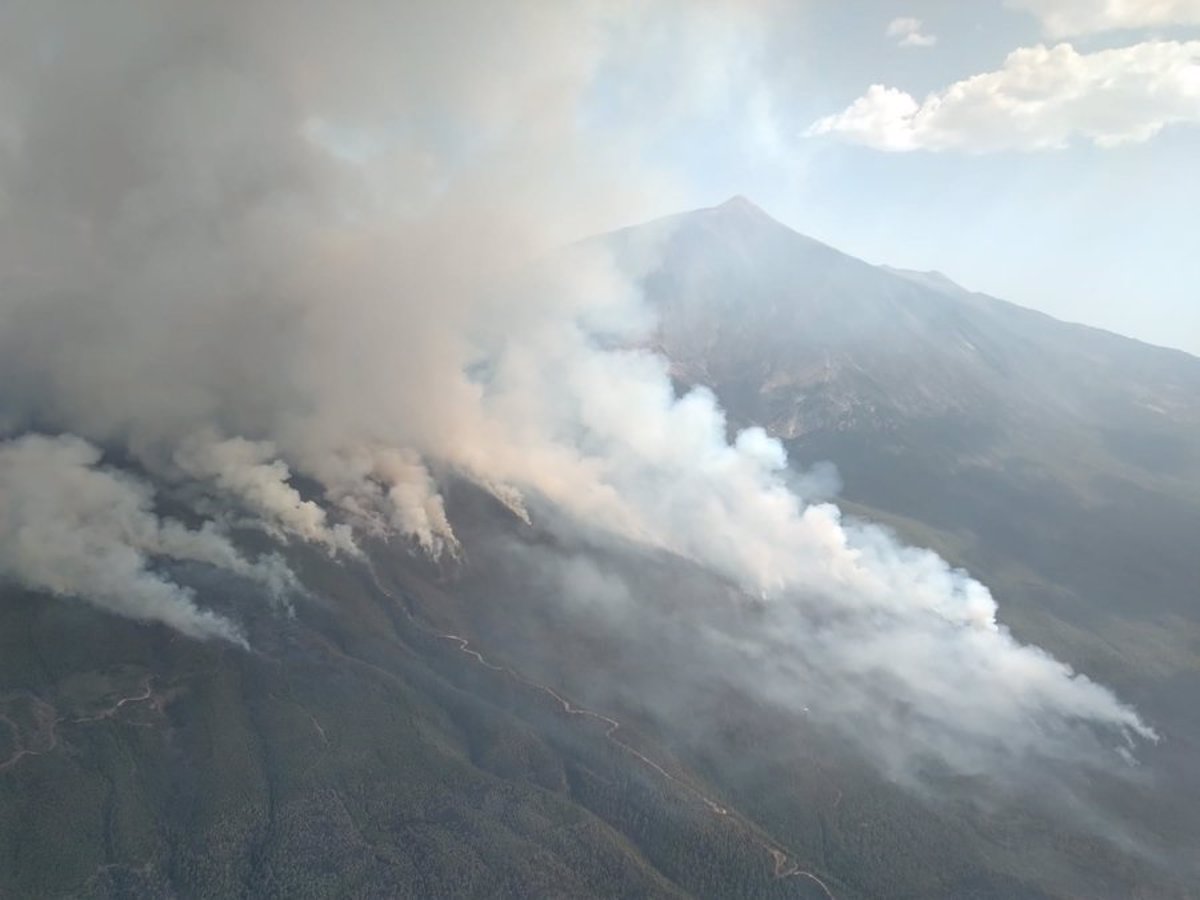 The forest fire declared last Thursday in Tenerife, affecting the municipalities of Los Realejos, San Juan de la Rambla, La Guancha and Icod de los Vinos, has worsened overnight with progress on the various fronts and the affected area already includes around 2,000 hectares, with a circumference of about 20 kilometers and various active points.

This was reported by the Minister of Public Administration, Justice and Security of the Government of the Canary Islands, Julio Pérez, who appeared at a press conference together with the President of the Cabildo de Tenerife, Pedro Martín; the head of the civil protection service, Montserrat Román, and the spokesman for the forest brigade (BRIFOR), Pedro Martínez.

The Minister has indicated that during the night the situation “was worse than we wanted and expected, in particular because of the weather, which was less favorable than we had expected and expected”, which “resulted in an increase in the area affected Has.

Julio Pérez pointed out that the weather had been “difficult” in the last few hours, particularly due to the wind, which had been “very variable and with greater intensity than expected”, reaching flames of up to 60 meters in the area La Fortaleza, which “complicates” the extinguishing work.

This fact, he pointed out, contributed to the fire crossing the Tigaiga boundary, to the west of the Valle de La Orotava, making the flames and smoke “very visible” from Los Realejos, hence they had been registered by many Calls from neighbors demanding information.

At the same time, the intensity of the fire and the temperature on other fire fronts have increased, necessitating increased surveillance in areas near population centers. In fact, city firefighters are deployed to control these areas.

Today, Saturday, two Forest Fire Intervention and Reinforcement (EIRIF) teams from El Hierro, as well as the seaplane from the Peninsula, which could arrive in Gando around 1:00 p.m. and be operational on the ground around 3:00 p.m. or 4:00 p.m However, fog and haze make it difficult to exit the aircraft and have even caused the La Guancha base to be out of service for a few moments.

With regard to the logistics system, 50 additional beds have been set up for possible accommodation. In this sense, three isolated houses on the Lolita track in Los Realejos had to be evacuated during the night, affecting five people. Although no further evacuations are planned, a device has been prepared together with the Civil Guard and the Los Realejos City Council in case it becomes necessary to evacuate the area of ​​El Andén, which could affect about 60 people. Also today the TF-21 that connects La Orotava to El Portillo was closed.

Regarding today’s weather forecast, Julio Pérez said it was possible that weather conditions would improve this afternoon, but warned that wind fluctuations would persist for the next 10 to 14 hours.

For her part, the head of the civil protection service, Montserrat Román, explained that the fire continues to progress on the ground and that throughout its progression the perimeter has been widened, both on the front and on the flanks, already affecting more than 1,700 hectares. He pointed out that the fire did not affect the valley of La Orotava, but it has advanced westwards, affecting the municipality of Icod de los Vinos.

Montserrat Román commented in this regard that although there is a weak advance of fire in this area, there are many gorges with burns, which is why maneuvers are already being carried out to counter this advance with UME and air means.

Although the temperature and humidity will be favorable today, the head of the civil protection service explained that there will be a northerly wind component with gusts between 15 and 30 km/h; a northeast component wind that pushes the fire west, and a southeast wind at high elevations that favors a downwind.

A total of 170 firefighters and 12 aerial rescue devices will be deployed today, distributed around the perimeter of the fire to keep the fire moving along the entire front.

Finally, the president of the Cabildo de Tenerife, Pedro Martín, reported that today he will hold a coordination meeting with the mayors of the island, since citizens are constantly asking for information and they are vigilant in the nearest centers, particularly rural settlements.

Previous articleFrance breach Dutch fortress to reach European Championship semi-finals
Next articlePage will not speak about agreements with Bildu in the federal committee, but adds: “It pains me that some of us can be called partners”