The Tenerife fire burns 2,423 hectares and forces the precautionary evacuation of 583 people 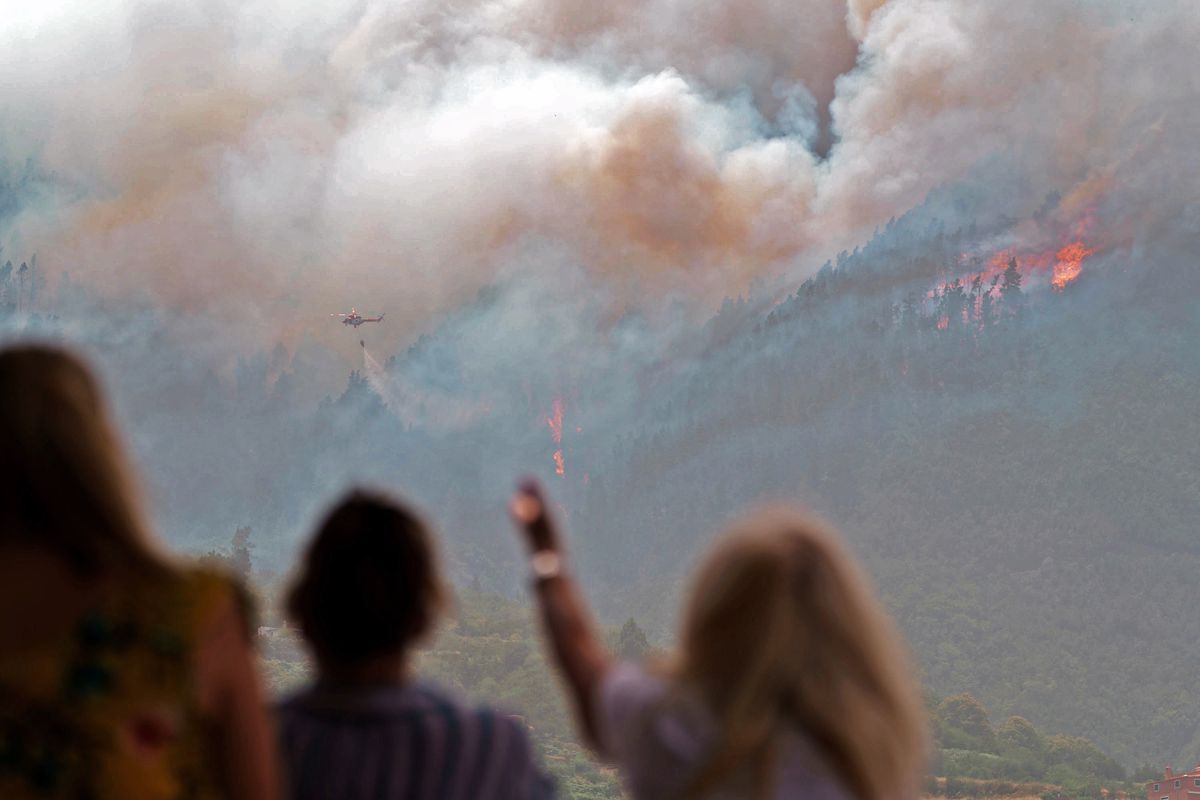 The forest fire that broke out last Thursday in northern Tenerife is already affecting five municipalities: mainly Los Realejos, where it broke out after 10 a.m., but also in La Orotava (city of 41,800 inhabitants with important urban and agricultural centers), San Juan from La Rambla, La Guancha and Icod de los Vinos. The fire was already contained thanks to the extinguishing operations carried out during the night, as announced at a press conference by the President of the island’s government, Ángel Víctor Torres, who explained that the affected area already covers 2,423 hectares, with an approximate circumference of 26 kilometers. “The prognosis is not bad,” the President made clear despite everything. The evacuees remain at 584, all residents of Los Realejos and La Orotava who are staying with relatives and in hotels.

According to the head of the civil protection service, Montserrat Román, the fire is spreading on three main fronts. “The western flank is advancing fairly slowly,” he claimed, as is the southern flank. [por donde entró el viernes en el Parque Nacional del Teide]. “The most complicated is the one in the east wing in the Chanajiga Recreation Area area, which is complicated by difficult access to land media,” he explained. “The haze will make visibility difficult, and the temperature will rise and the humidity will fall, which will not be good,” Román warned.

In this context, the President of the Canary Islands has recalled that warnings have been activated on all islands due to high temperatures and are not expected to fall until Wednesday. Torres added that the flames are expected to advance deeper into La Orotava, so it is anticipated that the flames will be more visible to the community. “We ask that you remain calm and ignore false news and report it through official channels,” he claimed. In fact, the President has asked citizens not to go near the areas near the fire to see the flames, as they will be visible from some low areas of the municipality of La Orotava.

The main point of the day, explained Pedro Martínez, spokesman for Brifor (acronym for Forest Brigades, the fire prevention and extinguishing operation of the Cabildo Insular de Tenerife), is to focus on the slope of Tigaiga (in the upper part of Los Realejos). , from where the downhill advance of the flames is expected to be halted to slow the progression and exploit the strategies of earthly means.

More than 200,000 hectares have burned down in Spain since early 2022, making it the hardest-hit country on the continent, according to the European Forest Fire Information System (EFFIS). Prime Minister Pedro Sánchez assured this Saturday during the session of the PSOE federal committee that 150,000 hectares had been lost to the fires this summer.

- Advertisement -
Share
Facebook
Twitter
Pinterest
WhatsApp
Previous articleSonia Molina-Prados: “We’re fifth in the world, that’s crazy”
Next articleFrom this Monday there is the Young Culture Bonus: How to apply for it and what for