The Teatro Real opens the season at the Teatros del Canal with Philip Glass’ ‘Orphée’, which captures ’90s New York 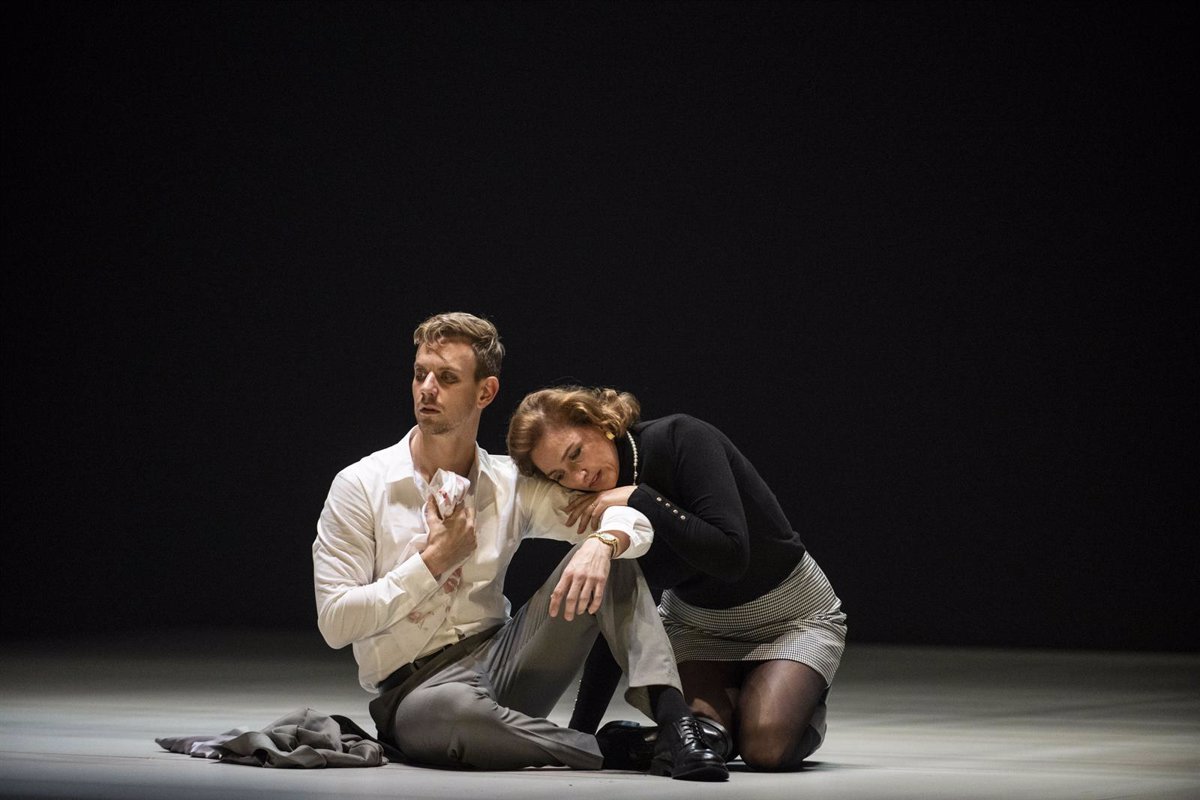 With a look back at the classical myth, he appeals to the “today’s audience” to think about the artist in the art market

the royal theatre opens the 2022/2023 season the premiere of the opera “Orphée” by the American composer Philip Glass in Spaina proposal co-produced with the Teatros del Canal, in whose Red Room the performances are offered, and which appeals to “today’s audience” to think about the work and the artist in the new culture of the art market.

However, the institutional opening of the Madrid Colosseum will take place with the return of Giuseppe Verdi’s “Aída” on October 24, sources at the institution have confirmed to Europa Press.

With performances from September 21st to 25th “Orphée”, a chamber opera in two acts based on the film of the same name by Jean Cocteau (1950) and inspired by the Orpheus myth, directed and costumed by Rafael R Villalobosand under the musical direction of Jordy French at the head of the Titular Orchestra of the Teatro Real.

In telling a parable about the life of a poet Orpheus, obsessed with himself and with immortality, Villalobos in this proposal distances himself from Cocteau’s film and focuses on Glass’s score because, as he has explained, the bond that “marked him since his youth” made him feel “the weight of an almost crushing record” as he approached this project.

So he tried to forget the film and “completely immerse himself in the Glass score”, in which he “felt the New York of the 90s”. “I found a frenzy and speed that transported me to that pivotal moment in art history when the figure of the artist achieved a “star” status that lasted until the 2008 stock market crash“, affected.

In this sense, he stressed that this production “makes today’s audience think about art and art markets” and thanks to the “minimalism of the score” has been interpreted as the “dark side of the American dream”.

This “Orphée” moves to New York in the 90s, amid the spread of television in the United States and the impact of capitalism on art. Within this framework, the production reflects the artist’s two deaths, earthly and artistic, marked by the search for ephemeral glory that prevents him from transcending. Orpheus, who is married to Eurydice, falls in love with a princess sent by death, whom he pursues as “between two worlds”, in which the real is confused with the unreal.

To present all this, Villalobos, who has assured that it is the “most complicated work” he has done so far, has opted for an abstract space production in which the figures are observed through screens, but which the time with “quite a bit of ‘storytelling'”. Likewise, he has highlighted the lighting with the aim of creating a beauty capable of achieving “hypnotic production” and reaching the public.

Regarding the public, it was also stressed that they must attend the functions to “ask questions”, “contextualized” and with a prior reading of the handbook. “Contemporary art centers do not have to offer entertainment (…). I hope that (the public) will come with an open mind and have done their homework” added.

Add to this Glass’s somber and hectic atmosphere with mysterious melodies, sophisticated vocal lines and cyclical instrumental patterns that highlight this journey between life and death.

A BIG VERSION OF GLASS FITTINGS

In this regard, Francés, who will conduct the Royal Theater Orchestra for the third time, has singled out the production as a “big version” of the Glass adaptation. On this occasion, “Orphée” will have 31 musicians and will bet live on “real instruments” to interpret part of the score that the American composer wanted to perform with a synthesizer.

“For me it was a tremendous adventure to face the score of Glass” said Francés, who has stressed that in this proposal the composer offers a minimalist composition in his code, but deeply rhetorical and demanding.

Francés has chosen to interpret the composer’s document with a “baroque thought” by “suggesting and conceiving the score as something, not what it says”. As he pointed out, he interpreted it out of freedom.

“That was my approach, and I did it in a confident and radical way,” he asserted, indicating he also approached rehearsals with an “open mind.”‘ to having the suggestion modified by the team and cast’s suggestions, even “detaching itself from the score,” something he thinks Glass would love.

In this production, baritones Edward Nelson and Alejando Sánchez alternate in interpreting the various roles, as Orfeo; sopranos Sylvia Schwartz and Natalia Labourdette, Eurídice; the sopranos María Rey-Joly and Isabella Gaudí in the role of Princess; tenors Mikeldi Atxalandabaso and Igor Peral as Heurtebise; tenors Pablo García-López and Emmanuel Faraldo in the shoes of Cégeste, the reporter and glazier, and mezzo-soprano Karina Demurova will play Aglaonice, as will basses Cristian Díaz as poet and David Sánchez as judge.

Nelson, presenting the production, has highlighted that in this proposal Orfeo is “quite different” from the mythical classic, since his “driving force” on this occasion is “his obsession with the relevance of his art and its transcendence”: “In In In this version he is an anti-hero and quite unpleasant, only at the end you see the Orpheus of the myth.”

For his part, Schwartz underscored the “deep emotions from start to finish” this opera aroused in the performers, who “exhaustedly open their hearts like almost never before” to interpret their respective characters in the drama in which Rey -Joly has agreed, who has praised the “choral work” they have done.

The artistic director of the Teatro Real, Joan Matabosch, has pointed out that this production is part of the desire of both cultural institutions to present diverse projects and that it celebrates the 85th anniversary of Glass.

“It is a great satisfaction to have one of Glass’s best operas premiered in Spain‘ he said, stressing that the presence of the Orpheus myth at the Teatro Real will be ‘particularly relevant’ this year, given the presence of ‘L’Orfeo’ by Claudio Monteverdi and ‘Orfeo ed Euridice’ by Christoph Willibald Gluck Place .

In addition, Matabosch recalled that the Teatro Real is participating in the commemorations of the 100th birthday of María Casares, the Galician actress who starred in Jean Cocteau’s film, with the performances of “Orphée”.

Previous articleHouse of the Dragon: Does a crucial character already die at the end of the 5th episode?
Next articleRibera in the face of “unbearable” summer: “The response to the climate emergency is a serious and urgent matter”