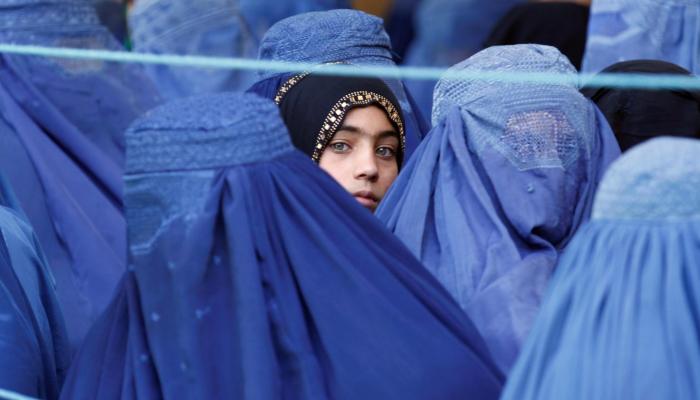 Six Western countries, including the United States, on Thursday appealed to the Taliban to “take back” the decision to close girls’ high schools in Afghanistan.

The United States, Britain, France, Italy, Canada and Norway, as well as the high representative of the European Union, said in the joint statement that they demanded that the movement “urgently reverse” its decision on Wednesday to close secondary schools for girls. afghan

Negotiating with the movement, the statement warned that failure to reverse this decision would undermine the Taliban’s hopes of gaining international legitimacy and Afghanistan’s ambition to “become a respected member of the community of nations.”

In their statement, the Western powers considered that the extremist movement’s insistence on preventing girls from attending secondary school “will inevitably have repercussions on the Taliban’s chances of gaining political support and legitimacy, whether at home or abroad.” , warning of the consequences also for “social”. cohesion” and the “economic growth of the country”.

The statement emphasized that “every Afghan citizen, whether boy or girl, male or female, has the same right to education at all levels and in all districts of the country.”

Two days ago, the Taliban ordered the closure of girls’ secondary schools in Afghanistan, hours after they reopened; What generated confusion and lack of love for the reversal of the decision.

The decision was announced after thousands of girls resumed education for the first time since August, when the Taliban took control of Afghanistan and imposed strict restrictions on women.

The Afghan Ministry of Education did not provide any clear explanation for the closure decision. Officials who organized a celebration in Kabul to mark the start of the new school year said it was a matter of the country’s leadership.

Education Ministry spokesman Aziz Ahmed Rayan told reporters, in justifying the ruling movement’s decision: “In Afghanistan, especially in the villages, the mentalities are not ready yet… We have some cultural restrictions… But the main spokesmen for the Islamic Emirate (Taliban) will provide “better” clarifications.

The ministry had announced weeks ago that the date for girls to resume school is Wednesday, with the same official saying: “We are doing this as part of our responsibility to provide education and other facilities to our students.”

The Taliban underlined their desire to ensure that schools are segregated for girls between the ages of 12 and 19 and that the education system is run according to the principles of Islamic law.

The United Nations expressed its dismay. “I share the frustration and disappointment of Afghan high school girls who, after six months of waiting, have been prevented from returning to school today,” High Commissioner for Human Rights Michelle Bachelet said in a statement. .

Emphasizing that “education is a fundamental right”, the director general of the United Nations Educational, Scientific and Cultural Organization (UNESCO), Audrey Zolay, denounced what she considered a “great failure” and urged the Taliban to allow girls “without delay” to return to school Educated and empowered women.

It was feared that the Taliban would close down all official institutions dedicated to girls’ education, as the movement did during its first government, which lasted from 1996 to 2001.

Even if schools were to fully reopen, there are still barriers to girls’ return to education with many families suspicious of the Taliban and reluctant to let their daughters out.