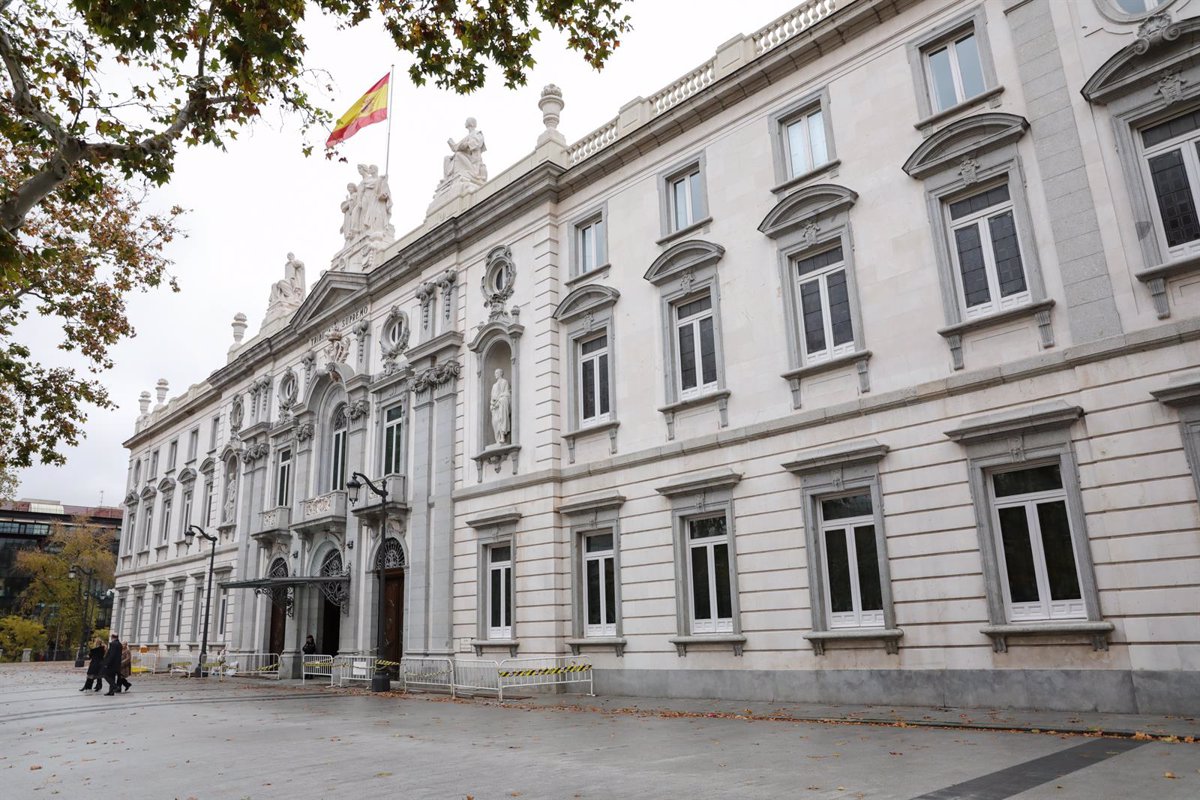 The Supreme Court has upheld a doctor’s four-year prison sentence for sexually abusing a minor he saw in his office for personality and eating disorders.

The judges concluded that the man – “with the excuse” of helping the minor – “started an absolutely peculiar and inadequate life”, as had already been done by the Supreme Court of the Valencian Community and the Provincial Court of Valencia her for “pulling her away from her parents, making her totally dependent on him” and exposing her to physical contact.

According to a June 15 verdict accessed by Europa Press, the events date back to late 2012, when the 13-year-old girl was taken by her parents to the prisoner’s office, a doctor specializing in the treatment of medical conditions became personality and food.

In 23 pages, the court confirmed that the man “used his parentage to strengthen the relationship with the girl, gaining her trust and giving her a submissive role, substantiating the notion that she would be all the more intimate and ‘open ‘ could help her.”

Seeing no improvement after a year of treatment, the parents discontinued the consultations and took the minor to another clinical center. There, a therapist – with the young woman’s permission – had access to the WhatsApp messages she had exchanged with the convict.

For the judges, these conversations reflect “an absolutely strange relationship” and “show the extent to which the defendant used his knowledge to destroy the minds of the minors and subjugate them once and for all”.

The Trial Chamber found that the man “has developed an active speech justified only in the gratification of his sexual desire.” As a result of the news, the psychologists at the center where the minor was being treated prohibited the man from any kind of contact. However, the young woman ran away to see him “given the dependence she had on him”.

According to the verdict, the victim had “excessive episodes of decompensation that led to her being treated as an inpatient in both child and adolescent psychiatry and adult psychiatry after a suicide attempt. In 2016 she was involuntarily transferred and detained with court approval.

As stated in the resolution, days after the prosecutor’s office presented their qualification document, the accused compensated the minor’s parents with 20,000 euros and reimbursed them the price of the treatment in the previous months.

The Provincial Court of Valencia sentenced him to four years in prison for committing a crime of sexual abuse, while altering responsibility, mitigating and making good the damage. It also imposed a six-year contact ban on the young woman and a five-year professional ban.

The man took the case to the Supreme Court of the Valencian Community, where they upheld the verdict. Now the Supreme ratifies the decision and the verdict becomes final.

The High Court has thus rejected the man’s arguments, which insisted on a breach of his right to be presumed innocent and breach of the principle ‘non bis in idem’, which prohibits a person from being punished twice for the same facts.

The man claimed to have been convicted solely on the testimony of the minor, whose credibility he questioned due to his illness. And he assured that the messages exchanged with the young woman could not be considered peripheral confirmations because, according to him, there was never any indication of the existence of a sexual act involving penetration.

In the resolution, for which Judge Carmen Lamela was the rapporteur, the Supreme Court stated that no element was found that would call into question the credibility of the statements. “The mental disorders from which X suffers or has suffered do not prevent him from realizing the significance of his manifestations,” the court noted.

The Supreme Court has also rejected the argument that his right not to be punished twice for the same offenses is being violated. Likewise, he clarified that there are two distinct circumstances: an “abusive position due to the trust or authority or influence that the perpetrator exerts over the victim” and “vulnerability due to the presence of a disease”. As he pointed out, both are different and compatible for punitive purposes.