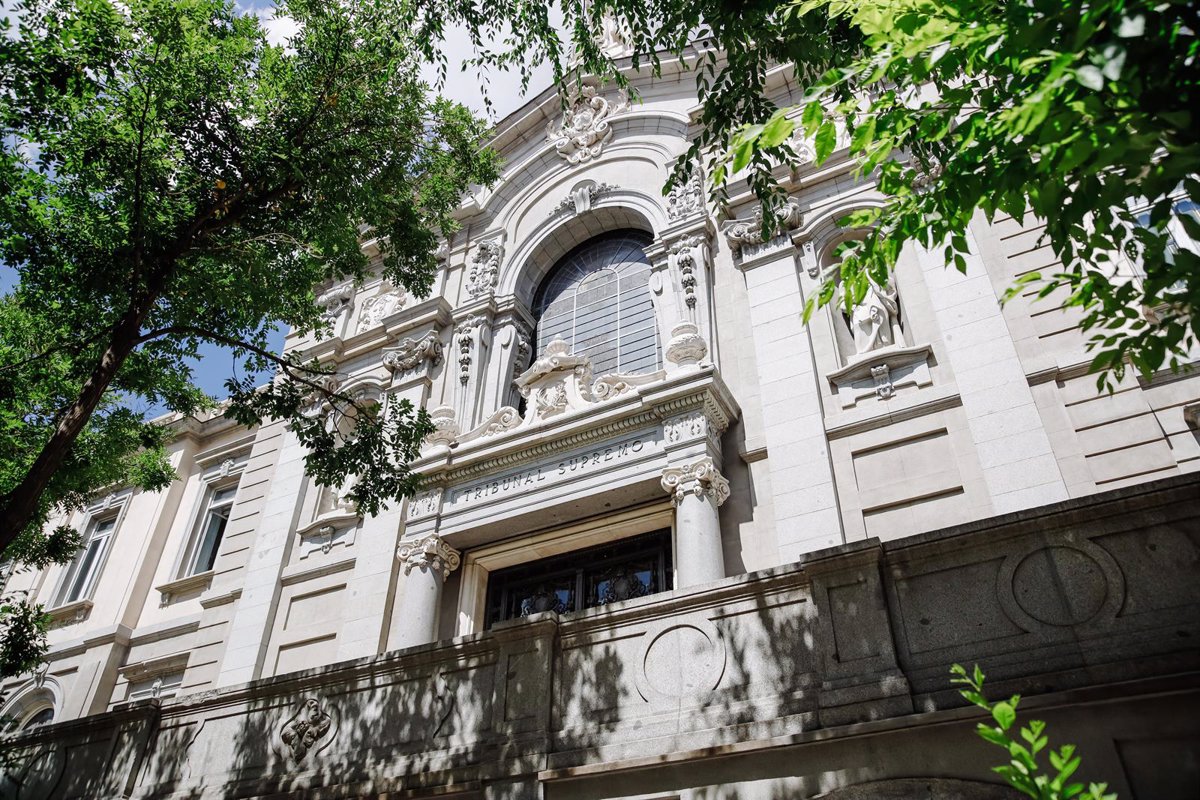 The Supreme Court (TS) has reversed the judgment of the National Court (AN) that acquitted former ETA members Carmen Guisasola, Óscar Abad and Jose Ramón Martínez of the 1990 murder of national police officer Ignacio Pérez Álvarez in Galdácano (Vizcaya). . , understanding that the AN was wrong to regard as prescribed the crimes derived from this crime, for which he ordered a retrial.

In a judgment of July 7, the Supreme Court overturned the judgment of October 16, 2020 by the judges of the second section of the Criminal Chamber of the AN, José Antonio Mora Alarcón, Julio de Diego – who was the rapporteur – and María Fernanda García, who declared that another court should now judge again.

According to the facts established in the overturned judgment, the attack occurred around 3:00 p.m. on January 30, 1990, when a bomb that had been placed “in the saddlebags of a bicycle” next to the national police car exploded as it passed the agent and ended his life.

The Second Chamber of the TS, in a verdict rendered by Magistrate Manuel Marchena, agrees with the Public Prosecutor’s Office, who appealed the acquittal and put on the table two resolutions of the same Chamber, which rejected the nullifying effect of criminal liability due to the prescription free possibility, the three ETA members to judge.

It was incomprehensible to the prosecution that later, before formulating the statute of limitations again raised by the defense, the same chamber had acquitted on this ground, without any argument or reasonable justification for it.

The Supreme Court agrees with the prosecutor that the court should have recognized that Decision No. 5 served on June 1, 1993 by the Central Court interrupted the statute of limitations. The decision in question entrusted the Guardia Civil with “the appropriate investigation and ballistic analysis of the weapons seized from the ‘Comando Txalaparta'”.

The Supreme Court considers it essential to link the aforesaid decision to the report of the Ministry of State, to which it replied, which specifically “requested a report showing the number of the trial and investigative court for the offenses recognized by the accused Óscar Abad and José Ramón Martínez is established in their police statements.

IT WAS A “WILL” TO INVESTIGATE

The Supreme Court considers that “the resolution, the usefulness of which is to be underestimated, clearly expressed the will of the judiciary to continue the investigation of all those offenses recognized by those who, at the time the report was requested, were already in other Wisely accused were proceedings.” “They were therefore fully identified and mentioned Carmen Guisasola in their recognition,” he points out.

She claims that this decision “had the disruptive effect typical of those decisions of a substantive nature calling for the opening of proceedings which, not forgetting, seek to solve a crime attributed to the terrorist organization ETA”.

“And it is the desire of the state to clarify its involvement in various crimes for which various criminal cases have already been opened, which is reflected in the prosecutor’s report and the court order that responds to it,” he stresses.

The Second Chamber states that the purpose of the statute of limitations is, among other things, to “not attribute normality to the State’s laziness in carrying out the act of ‘ius puniendi’, but at the same time stresses that “none of that happened in the present case”.

In so doing, it points out that, although “it is true that the time that has elapsed between the issuing of the judgment and its completion is absolutely unacceptable, is a true reflection of a flawed organization of the judicial office, which took more than ten years to respond to two reports requested by the prosecutor’s office”, “the downtime was not sufficient to effect the quenching effect of criminal liability”.

The TS ruling has a special voice from Leopoldo Puente, one of the five signing judges, who agrees with the majority that the change in the criteria on the Supreme Court’s Criminal Division order “would have deserved justification for further reasoning”, but believes that the submitted decision is not sufficient to interrupt the statute of limitations.

In his opinion, “the well-deserved order has a collecting, preparatory, almost bureaucratic purpose” because although the purpose was to conduct the preliminary investigation, “that purpose did not materialize, it did not mean the reactivation of the current proceedings”.

Overall, it comes to the conclusion that the “deficit” in the reasoning of the AN criminal division to justify its change of criteria “would only result in the nullity of the decision, if the proceedings were resumed at the point in time immediately before its dictate, for the sole purpose that said sufficient motivation is expressed”.