The supporters of the authoritarian Tunisian president are defending his constitution: “What good is democracy if a country is poor?” 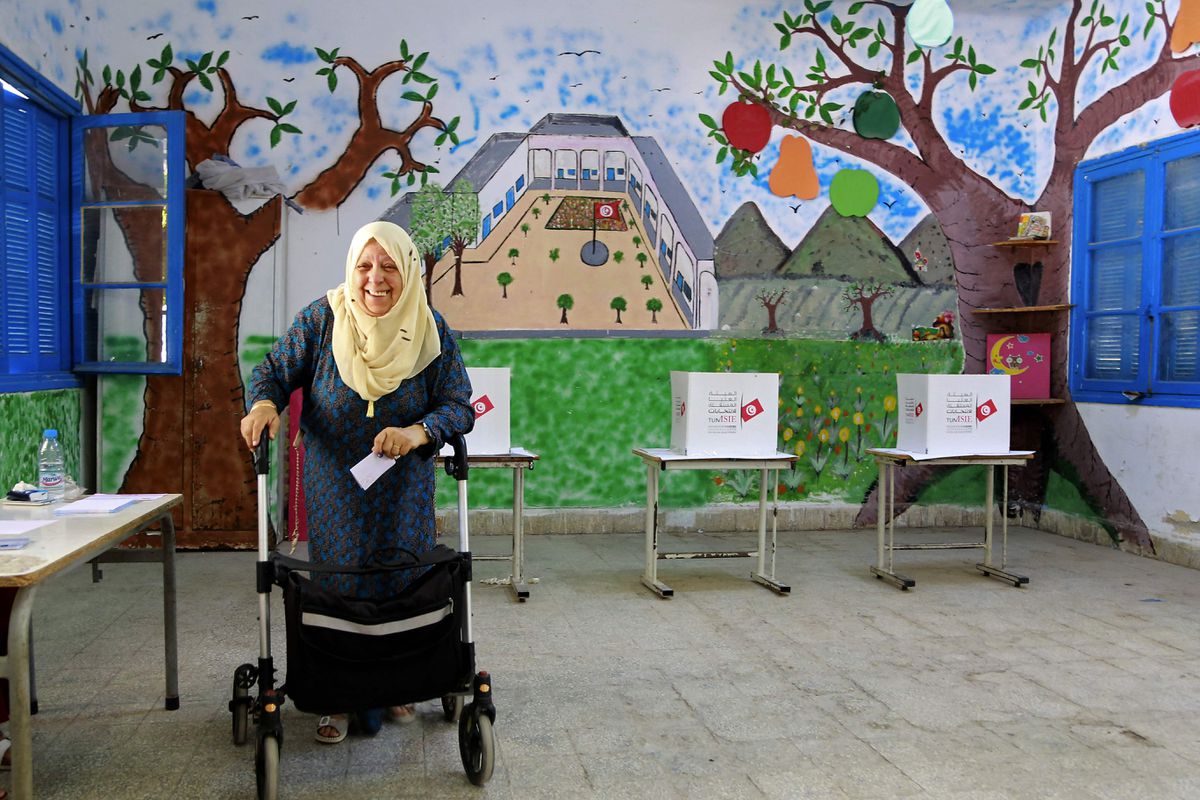 On a harsh summer’s day when thermometers reached 40 degrees in much of Tunisia, few queues were registered outside polling stations on Monday to attend the referendum on the new constitution sponsored by Tunisian President Kais Said. Instead, the beaches were packed on the last day of the bridge dedicated to the Fiesta de la República. Since the majority of the opposition is boycotting the consultation because it only strengthens Said’s authoritarian path, approval of the new Basic Law is assured. However, their legitimacy will depend above all on the participation rate.

Some voters seem more motivated to vote against the traditional political class and above all against the Islamist Ennahda movement than to support President Said. “The President has done it regularly, but the most important thing is that Ennahda does not return to power. They are terrorists,” complains Sonia, a middle-aged lawyer, in reference to the clause that grants the state a certain monopoly on religion at the expense of the parties. “I do not believe that this constitution will lead the country to a dictatorship, as the opposition claims. The priority now is peace and security. What good is democracy if a country is poor?

“Although Ennahda had fewer ministers than some smaller parties after 2014, it is considered to be largely responsible for the poor economic performance of the past 10 years,” says Seifeddine Ferjani, an analyst critical of Said, emphasizing the president’s partial control of the media and the disinformation campaigns help explain the existing polarization of public opinion. “Before the referendum there was no real debate. People have been told that the Constitution will bring good things, that it will rid us of traitors and mercenaries, but it does not explain how it alone will end the economic crisis,” Ferjani adds.

Said, a 64-year-old independent politician who was elected president in 2019, usurped all powers exactly a year ago, threatening the continuity of Tunisia’s democratic experiment, the only one to emerge from the Arab Spring. The president justifies his “extraordinary measures” with the need to rid the country of the “corrupt” political class that has ruled it for the past decade of transition.

Only a small group of opposition parties have called for this no in the referendum, so it is difficult to find voters against the new Magna Carta. “I hope this new constitution is temporary because I fear it will lead us towards a dictatorship. I was in favor of the measures of July 25 last year, a change was needed. But not like that, it can’t be that the President monopolizes all the power and is not accountable to anyone. So he wasn’t my choice,” says Walid, a development consultant.

According to Farouk Bouaskar, the president of the ISIE (the electoral board), by 10:00 p.m. only 27.5% of the voters registered at the census, or almost 2.5 million people, had cast their votes, which extended the usual window for the opening of the Schools, which was from 6:00 a.m. to 10:00 p.m. The election results of Tunisians living abroad indicate a low turnout, as it was only around 6% at the end of the second of the three election days. In the last legislature it was almost 20%. ISIE is expected to announce the final results on Tuesday afternoon.

One aspect that has not changed in this referendum on presidential or parliamentary elections is the low influx of young people into schools. An exception is 20-year-old Aida, who works as an administrative employee. “The last ten years have been catastrophic. We need a change. We don’t want Parliament to come back [disuelto por Said]’ he explains alongside his mother at Abd Rahman Bin Mami’s primary school in the Marsa suburb of the capital. Although he claims to have read the draft constitution, he is unable to specify what positive aspects it brings with regard to the previous draft adopted in 2014 in a full democratic transition.

According to experts, the hard core of Said’s followers can be found in the popular classes who are concerned about hunger. “The President is a humble and godly man. He thinks of the people, not the politicians who just want to occupy the chair,” says Mohamed Fawzi, a humble 64-year-old retiree with a faded cap. “You can’t buy a kilo of meat with the money you used to fill your shopping basket with. It hasn’t improved much in a year, but patience is required,” he adds, before getting on the bike and saying goodbye: “I’m going to take a bath, it’s very hot!”. The beach seems to be the only meeting point of a society divided by President Said’s personal political project.

- Advertisement -
Share
Facebook
Twitter
Pinterest
WhatsApp
Previous articleThe exchange that the right-wingers are offering to the Greens in Germany: nuclear expansion in exchange for speed limits on the autobahn
Next articleGas Crisis: Solidarity, Sympathy and Rationality