The superpower of Tuscan wine 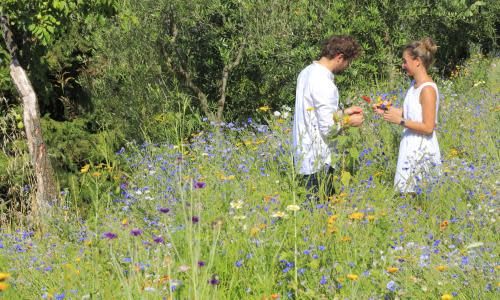 Few wine regions have the same price range that you find in Tuscany. At one extreme, you have some of the world’s most dazzling wine estates producing wines with meticulous (and expensive) pedantic attention to detail. The seamless, velvety feel and brocaded complexity of a wine like Ornellaia 2019: a super Tuscan (or Bordeaux-inspired) red blend from Bolgheri’s southern Tuscan coastal vineyards that had its (online) release of bells and whistles, complete with artist commissioned limited-edition bottles and labels in February ahead of its release to the general public (with a retail price likely to be around £200) on April 1, is a luxury item on par with any offer in the fashion houses of Florence. At the other extreme, there are copious amounts of quasi-industrial chianti, much of which is scarce and bleak and sold as house wine in the world’s less demanding trattorias and pizzerias, but at least one part of it: the bottle on sale from Cecchi at Waitrose: Offers a satisfyingly supple tart cherry topping for pasta.

Tuscany has been at the center of some of the wine world’s loudest battles over questions of authenticity. Should producers limit their efforts to local grape varieties, particularly variants of Sangiovese, the great red variety that is the sole or majority ingredient in their most famous red wines: Chianti, Brunello di Montalcino, Vino Nobile di Montepulciano? ? Or should growers be able to plant what they like, using international (which really means “French”) varieties like cabernet sauvignon, merlot or syrah? As with all things related to wine, I am very much of the wet-wool liberal persuasion in thinking that both have a place. Modern Tuscany would be much poorer without wines like Ornellaia and its great Super Tuscan Bolgheri neighbor, Sassicaia, with its distinctive Tuscan take on the classic Bordeaux formula. And a wine like Morrisons’ blend of sangiovese with pugnitello and Bordeaux’s cabernet and merlot, proves that you can make chewy, value-for-money, warm dark reds by mixing things up.

Still, while I’m far from dogmatic on the subject, it has to be said that the vast majority of my favorite Tuscan red wines over the years have been Sangiovese-based. I’d start a list of recent standouts that, between them, showcase the grape’s many abilities, with a couple of classic Chianti Classico: Castello di Ama Chianti Classico Ama 2019 (£20.95, vinissmus.co.uk) is wonderfully fragrant and fluid, with notes of oregano and sage amongst the stain of fresh cherry, while Poggerino Chianti Classico 2019 (£19.95, leaandsandeman.co.uk) is equally pure and cherry, almost spicy, with a hint of tart plum skin. . Also in the Chianti Classico area, I was very taken with the Tuscan take on the current fashion of using that oldest of winemaking vessels, the clay amphora: there is something of Campari’s blend of sweet and sour red berries and herbs. bitter in blissful juicy Cosimo Bojola, while Poggio Antico Brunello di Montalcino Riserva 2016 blends deep, brooding depths with enticing aromatic details (£92.23, wine-invest.co.uk).