The “Summit of Governments” .. a decade anticipating the future of the world 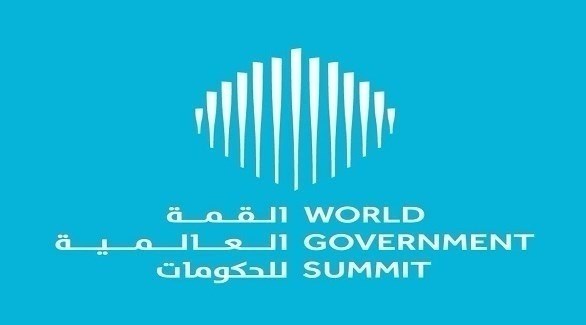 The World Government Summit has become, through its successive sessions, the largest international meeting for the exchange of ideas organized and managed annually by the UAE, in order to face the challenges of the present and the future, and draw a roadmap for the future of government. labor and public affairs around the world.

The interest of the summit -which begins its eighth edition next Monday- in shaping the future and developing scientific and practical solutions in all fields of development, reflects the magnitude of the impact it has acquired at a global level, especially with the organization of this year of 15 global forums, and its hosting of 4,000 participants from senior government officials, experts, futurists, and private sector leaders in more than 190 countries, as well as participation from more than 30 global organizations.

most influential
Over a decade, the summit managed to consolidate its position as one of the most influential global forums and the ability to make a difference in anticipating the future and introducing proactive initiatives, as it hosted more than 1,000 sessions and workshops, in which tens of thousands of people from all over the world participated and more than 1000 spoke. A global figure of state and government leaders, ministers, officials, decision makers, experts, scientists and CEOs from the government and private sectors.

The previous sessions of the summit witnessed the signing of more than 100 cooperation agreements between participating governments, institutions and private entities from around the world, in addition to the participation of more than 40 international and regional organizations. With the latest transformations and present and future challenges and anticipating the future of various vital sectors.

Since launching its first session in 2013 under the name “Government Summit”, the summit has left a clear national and regional resonance through an open national dialogue between top-class leaders and various government labor leaders, during which they focus on was placed in vital sectors in government administration, innovation and dissemination of knowledge in the Arab region.

future of governments
The second summit of 2014 focused on the future of government services, making clients happy and benefiting from distinguished experiences in the private sector, and saw the opening of the Museum of Future Government Services, which is an exhibition of futuristic designs that explores the future of travel services, health care and education, and brings together more than 80 designers, technicians and future planners worldwide, from almost 20 countries, with the aim of develop a vision on how to develop these services in the coming years.

With the participation of around 4,000 participants from 93 countries, the summit in 2015 went from pioneering government services to envisioning the future to become the world’s largest annual meeting of governments, and discussed issues of forming governments in the future, improving performance of service delivery, frameworks to improve cooperation and coordination between governments, and promote the exchange of knowledge and experiences on innovative global best practices in the public sector, as well as the launch of two global awards and a museum for the next generation of future governments, and the largest platform of its kind for innovation in the government sector.

The summit witnessed a major transformation at its fourth session in 2016 to become the “World Summit of Governments”, the largest global gathering specialized in envisioning future governments, where more than 120 countries and 4,500 participants participated in that session, including 2,000 high-level government figures. from outside the country in addition to 4 international organizations These are the United Nations, the World Bank, the Organization for Economic Cooperation and Development and the World Economic Forum.

The change in the characteristics of the summit was represented by the annual guest of honor received by the World Summit of Governments to present its rich experience more widely. The summit also launched a new annual award entitled “World’s Best Minister Award” to honor the best minister who led a successful new qualitative government project, and UAE ministers were excluded from participation to preserve the impartiality of the award. .

The dialogue on the resumption of civilization led by Sheikh Mohammed bin Rashid Al Maktoum, Vice President and Prime Minister of the United Arab Emirates and Ruler of Dubai, constituted a new starting point for the summit in its fifth session in 2017, the size of its impact in the field of realistic reading of lived reality and the magnitude of the challenges facing the march of the Arab countries in the advancement of their civilization and development, and the most outstanding opportunities that allow them to do so.

happiness dialogue
In its fifth edition, the summit witnessed the first session of the Global Dialogue for Happiness, which aims to discuss ways to achieve happiness for societies and share the best experiences, practices and international scientific studies related to happiness. happiness and quality of life. In the fifth edition, the UAE also announced the “Mars 2117” project, and the summit included many tracks that addressed the most prominent issues facing governments and countries around the world, such as the challenge of technology, the psychology of extremism , the new concept of education, the future of happiness, the shape of future governments, the energy of the future and the path of the future of health.

The summit, in its sixth session in 2018, was distinguished by the intensity of global representation, as it was attended by 140 countries and 16 international organizations, and 4,000 participants, including more than 26 heads of state, ministers and heads of organizations.

The summit included 120 main sessions focused on the next generation of governments and how to harness innovation and technology to find effective solutions to global challenges facing humanity. He also witnessed the establishment of a global forum for the governance of artificial intelligence, the Space Agreement. Forum, and the launch of the world’s first happiness report.

In its seventh session in 2019, the summit saw the hosting of three countries as guests of honour, instead of one country as usual in previous sessions, namely Estonia and Rwanda in addition to Costa Rica, and organized 16 forums and over 200 interactive and dialog events. sessions

fundamental trends
The summit focused on 7 key future directions, namely technology and its impact on future governments, health and quality of life, environment and climate change, trade and international cooperation, education and its relation to the labor market and future skills, media and communication between governments and peoples, and the future of people, societies and policies A report in the context of its role as a global reference for future issues.

The year 2021 witnessed the “World Government Summit Dialogues” with the participation of a group of leaders, ministers, representatives of international organizations, global companies, innovators and entrepreneurs from different countries of the world, whose sessions attracted more than 10,000 participants from 156 countries.

The “21 priorities for world governments in 2021” report reflected the recommendations and results of the “World Governments Summit Dialogues”, which addressed a set of global trends in the fields of economy, health, education , society, youth, labor markets and development, empowerment of women, the future of cities, development of skills and talents, sustainability, environment and climate change, as well as the future role of advanced technologies such as artificial intelligence, robotics , big data and others.