The summer sale 2022 begins: a relief for the wallet in times of high inflation 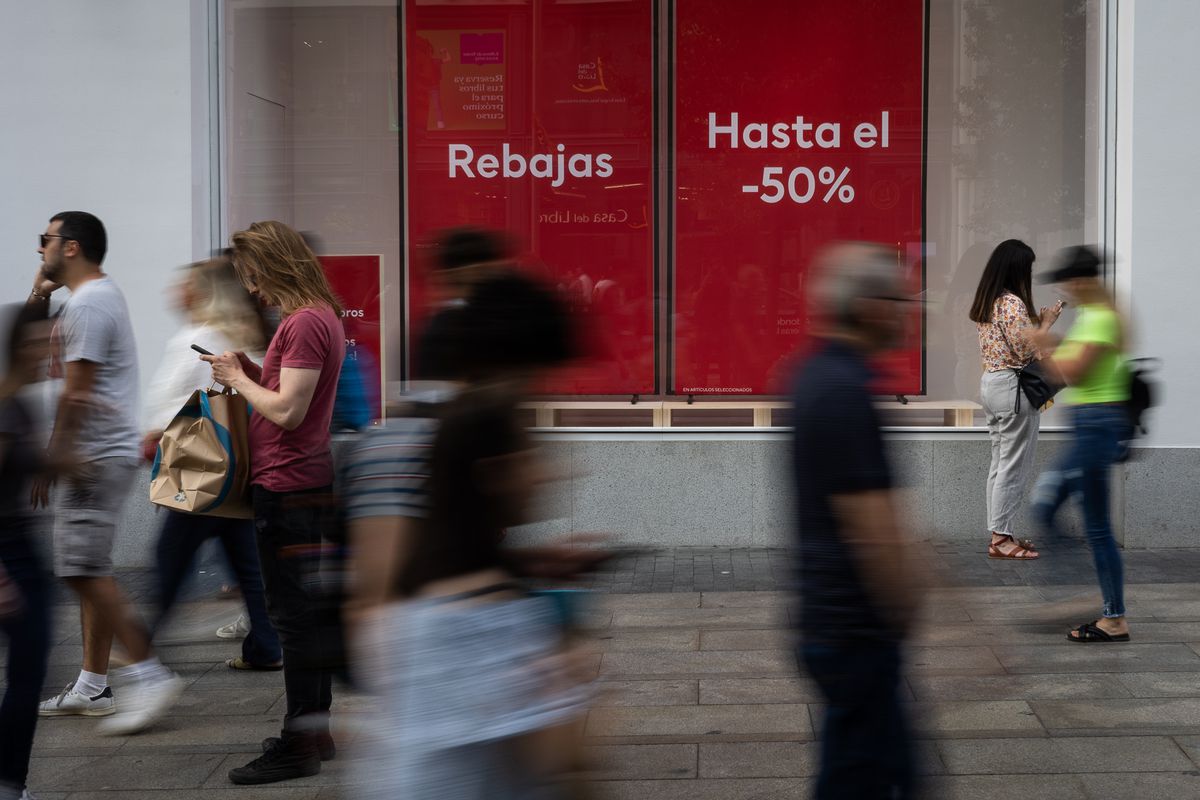 Daylight Saving Time, the most anticipated by consumers, is upon us. The arrival of the heat and the almost complete disappearance of the sanitary restrictions increase the desire to reschedule and refresh the wardrobe, and with the summer sale, citizens can put some of the items they could not afford in the shopping cart for the rest of the year. All the more so in times of high inflation, when the rise in prices weighs on families’ pockets and encourages them to take advantage of the biggest discounts.

Sales will start on July 1st in most Autonomous Communities, but some will anticipate the promotions. This is the case of the Autonomous Community of Madrid, which launched the campaign on Tuesday. Next comes the Valencian Community, where retailers are expected to put up discount posters in their shop windows from June 29th.

Discounts have come a long way in recent years. Long queues at the entrance of stores, where consumers throng to make the most of the offers, are no longer common. E-commerce has gained ground over in-person shopping and will be a relevant player again this discount season after growing in success in the wake of the pandemic. Of course, given the possibility of entering stores without a mask, this discount promotion becomes a symbol of the return to normal for both retailers and customers.

Stores that are ahead: H&M, Zara or El Corte Inglés

The Organization of Consumers and Users (OCU) reminds that in 2012 the determination of the sales period was liberalized, that is, each retailer decides when the discounts start and how long they last in their establishment. As every year, there is no shortage of shops that are ahead of the calendar and offer promotions from mid-June. H&M announced the first clearance sales last Thursday and will extend them into the last week of August. In the same way, the Inditex Group – which includes Zara, Stradivarius, Massimo Dutti, Bershka, Pull & Bear, among others – and El Corte Inglés will give you their discounts starting this week.

From Acotex, the employer of the textile trade, they are optimistic about what sales can bring this summer. “We are seeing 20% ​​growth compared to last year. Tourism has skyrocketed and so has consumerism,” says President Eduardo Zamacola. On the other hand, the federation warns that stores are likely to launch less aggressive promotions than usual and at the moment.semi sweet‘ that the sector is experiencing will not be sustained. “Everything indicates that we will face a major crisis at the end of the summer. Inflation remains unsustainable and energy costs don’t look set to fall any time soon either. We are cautious about the future,” said Zamacola.

The textile trade is trying to get back up after the heavy losses of the last two years. In 2020, sales plummeted 41% year over year, and in 2021 it suffered another 16% drop. It has also been estimated that around 17,000 stores have closed since the pandemic began. Despite the tourism recovery, which is fueling the growth of the textile industry, uncertainty in the sector remains due to rising electricity and raw material costs, which are fueling consumer distrust.

The National Association of Large Distributors (Anged) recognizes that rising costs, affecting both businesses and consumers, are disrupting buying behavior during discount periods like the current one. However, he emphasizes that the summer sale makes liquidation possible Stocks of the winter season that has just ended, which “represents a great attraction for consumers who, in the face of price increases, have become more rational and have postponed part of their purchases,” add sources from the association.

There are also tricks to avoid compulsion to buy. OCU recommends making lists of needs and verifying that products show their original price along with the discounted price, or that the discount percentage is clearly stated. The organization emphasizes that during the sale prices will be reduced, but not customer rights, which are the same as during the rest of the season.