The summer of disasters that irritates Canadians 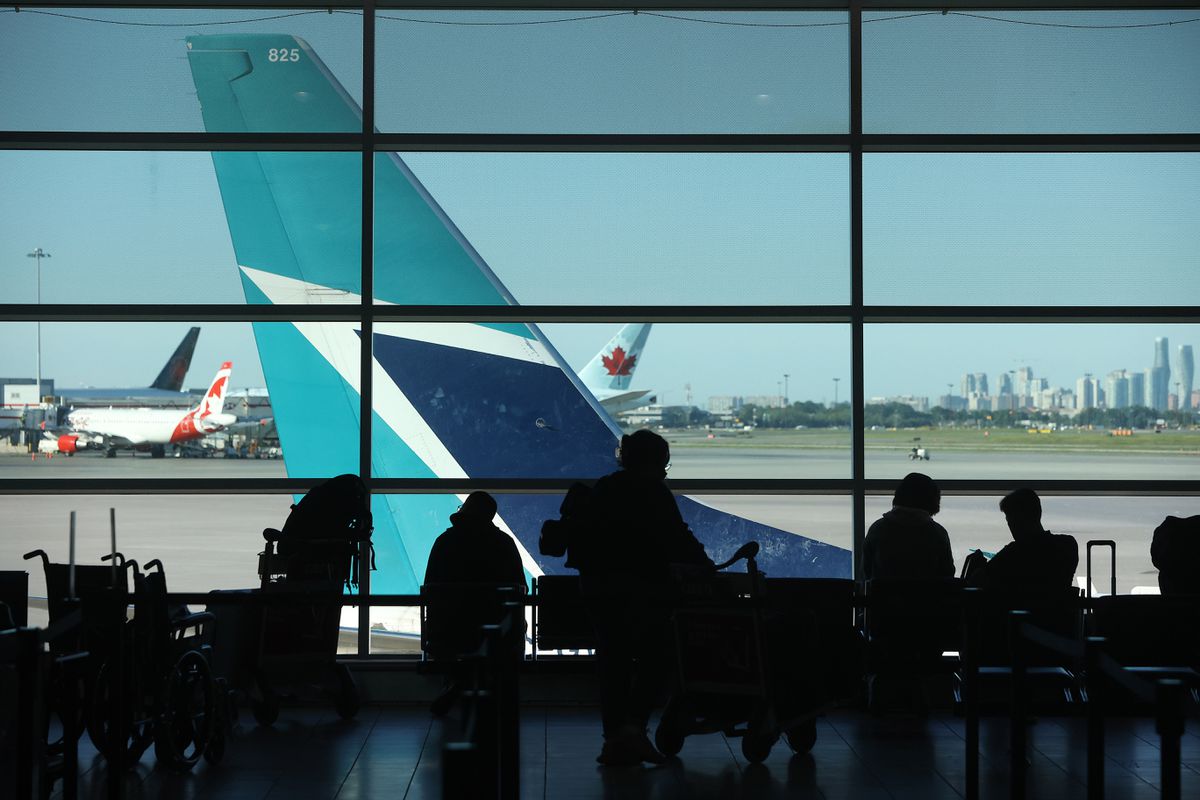 After more than two years of the pandemic, millions of Canadians have made plans to go on vacation this summer. Canada has been a country with severe restrictions on travelers during the health crisis, although restrictions have been eased. However, a large proportion of citizens are living in a nightmare due to delays in passport processing and chaos in airports. The summer of “return to normality” in one of the most industrialized economies in the world is becoming one of the “misfortunes” for many citizens with packed suitcases.

Obtaining or renewing a passport is quite a hassle. Numerous people who applied by email have been waiting for an answer for months. The most troubling spot is found in the offices of Service Canada, the entity responsible for the creation of this document. The queues for applying in person are considerable. The waiting time at the most critical moments is counted in days. One of the families that has suffered this situation in the first person is the Morin. “Since April we have been sending the papers for my son’s passport renewal without success,” says the father of the family. “Our trip is scheduled within 72 hours. The government has put us in a very worrying situation,” he adds. Within a year, the number of applications increased by more than 250%. Canadian Prime Minister Justin Trudeau acknowledged that Ottawa, despite best efforts, had failed in this task. “That should never have happened,” he said in early July.

Karina Gould, federal minister for family and social development – an agency responsible for Service Canada – pointed out that a large part of the delays is due to the number of people applying for passports for the first time. Gould said management changes are taking place; also that Service Canada has hired 600 new employees since January and expects to add the same number soon. “Much has been done and there is still much to be done,” commented the minister.

The groups most critical of this situation have said other countries – like Australia and France – have taken little time to respond to this spike in requests. The National Employees Union, which represents a large proportion of passport office workers, denounced the working conditions – overtime and abusive language – these people are suffering due to a situation “which was foreseeable for at least a year and for which the Government of Canada has been urged to increase hiring”. Some travelers affected by the delays have launched a campaign on social media, calling on the authorities to provide financial compensation to those who are forced to cancel their plans. However, Gould has ruled out such a move.

Another issue related to Service Canada is the delivery of unemployment checks. This federal window is also responsible for the administration of this benefit. In 2021, the process took an average of 28 days; a period that in many cases has now been extended by between three and six months. Many Canadians have had to resort to family support or a credit card during difficult times. And Canada recorded the highest inflation in almost 40 years (7.7%) in May. With prices rising, about 128,000 requests for these checks remained unanswered as of mid-June (latest available data).

The scenario for travelers proves cumbersome in a long list of airports around the world due to endless queues, delayed or canceled flights and chaotic baggage management. Canada is one of the clear examples in this regard. According to FlightAware, Toronto’s Pearson Airport was the second busiest in the world with the most takeoff delays in the early days of July; it was only surpassed by Guangzhou (China). The one from Montreal ranks sixth on the tardiness list.

On June 29, Air Canada announced the cancellation of 15% of its July and August flights; about 154 of the 1,000 newspapers this time of year. “We must face the fact that the sector’s complex and inevitable challenges have also disrupted our operations,” the company said in a statement. WestJet also decided to take the scissors out: 21% fewer flights over the two summer months Alghabra said the problem is global but his ministry is doing everything it can to alleviate the inconvenience.

Canada is struggling with manpower. According to the latest data, the country passed the one million job vacancy mark in April. “The job market right now is one of the clearest signs that we have excess demand,” said Deputy Governor of the Central Bank of Canada Carolyn Rogers. “If you talk to the companies, they will tell you that it is very difficult for them to fill these positions,” he added. Multiple sectors are affected, and public services and the transport industry are no exception.

Mehran Ebrahimi, director of the International Observatory of Aeronautics and Civil Aviation at the University of Quebec in Montreal, points out that the workforce and the pandemic are elements to consider, but emphasizes another factor in explaining Canada’s airport chaos: “No it is just as much the fault of the airlines or the airport managers. The government is slow to intervene. France reacted quickly to support Air France and Paris airports and Germany with Lufthansa. As airlines and airports lost revenue from the pandemic, they began shedding staff. It is surprising that the Canadian government did not anticipate what would happen.”

Ebrahimi says it will be difficult to rectify the situation quickly. “There is no one-size-fits-all solution, but it is clear that special programs are required. For example, trying to make these jobs more attractive with better salaries, investing in automation projects,” he emphasizes. “The vision the government had is disturbing: that the pandemic would last forever. People would travel again. Service Canada officers, customs personnel, air traffic controllers and others are positions that require skills that cannot be acquired in a short period of time,” he concluded.