The strike continues: Leonidas Iza does not define a concrete response to dialogue and sets conditions 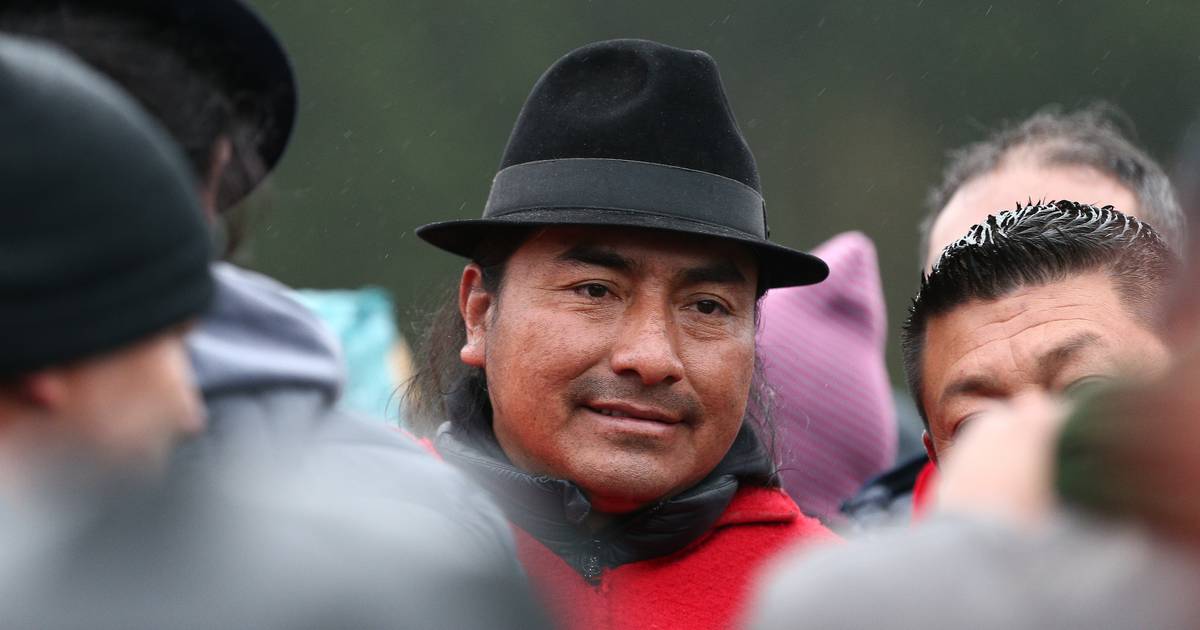 After more than an hour of waiting, the president of the Confederation of Indigenous Nationalities of Ecuador (Conaie), Leonidas Iza, responded to President Guillermo Lasso about dialogue to seek a solution to the situation in the country. The indigenous leader did not specify whether or not there will be a meeting.

“Our spirit of dialogue, our democratic spirit of getting out of these spaces with results, we saw that it was more and more exhausted”began Iza.

He indicated in this line that he will send a letter in response to the presidential office, since he described as “imprecise” the answers received by the president to the ten demands formulated by this indigenous organization and on which the national strike is based. .

He noted that since Friday, June 13, “The Government has used a strategy based on the use of force, favoring illegal arrests and using deterrent force against the demonstrators (…) there are two dead, a hundred wounded and 79 detained”.

He asked the government to guarantee “the conditions for exercising” their rights to discuss and refine their positions in the face of the new rapprochement”.

He therefore asked for the repeal of the state of exception that governs Chimborazo, Tungurahua, Pichincha, Cotopaxi, Pastaza and Imbabura.

He further requested that “demilitarize” the El Arbolito park, so that in an assembly with the nationalities they can “discuss and refine the statements.

They invited the social sectors and the different organizations to join the national and popular assembly where the mechanisms for respecting the 10 points will be analyzed and the response to the national government will be defined.

On the other hand, he calls on the Catholic Church to open the churches so that the demonstrators can rest.

“We are ready to give an answer that allows us to open the discussion on the mechanisms for respecting the points, for which we have taken this mobilization at the national level”Iza mentioned.

This statement comes after President Guillermo Lasso, through a letter, confirmed that he was willing to dialogue with Conaie and other civil society organizations to find a solution. Well, he pointed out that the government “absorbed a lot” of the agenda presented by the social body with compensatory measures.

“Count on my best predisposition and that of my cabinet to participate in a process of frank and respectful dialogue with Conaie and other civil society organizations that wish to join”reads the letter.

The dialogue was proposed by Humberto Salazar, president of the Esquel Foundation, which is part of the National Dialogues platform. Last week he stressed the need to create “a mediation commission with the participation of civil society organizations that promote dialogue, international organizations, decentralized autonomous governments, trade unions and professional associations, organizations for the defense of human rights, of churches and universities.

La Conaie has called for an “unlimited” national strike which is now in its ninth day. Groups of protesters managed to enter Quito and since the night of June 20 they have been involved in clashes with security forces.

The center of the capital was the scene of further unrest on Tuesday due to clashes between demonstrators and security forces in the ninth consecutive day of demonstrations in the country. These altercations occurred when groups of demonstrators tried to reach El Arbolito Park.

The prosecution denounced that his seat had been attacked and that he had put “The sensitive information of the business it conducts is safe”, while launching “a public call for peace and respect for the law”.