The state of health of the artist Abdul Rahman Abu Zahra.. His son reveals the latest news 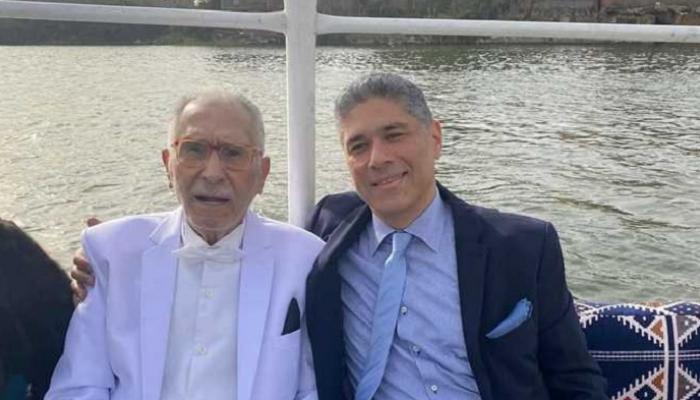 The Egyptian musician, Ahmed Abu Zahra, revealed the evolution of the health of his father, the great artist Abdel Rahman Abu Zahra, after he was exposed to a violent health crisis.

Abu Zahra said in statements to local media that there is no improvement in his father’s health status, after he was transferred to a new hospital on Monday, due to the lack of improvement in his health, since he entered the first hospital. . , last week, unconscious and suffering from a pelvic fracture, in addition to suffering from a stomach virus.

And he added: “Unfortunately, despite the presence of the father for more than 3 days, unconscious in intensive care, we did not see the follow-up that his condition deserved by the medical specialists, in addition to discovering that he had a stomach virus, while in the hospital.”

He stressed that his father cannot currently eat or drink, since he depends on medical solutions, especially since he is still unconscious.

In this context, Ahmed Abu Zahra expressed his strong dissatisfaction with the way people treated the ambulance that took his father to a new hospital.

Abu Zahra posted a video clip on his Facebook page, commenting: “An ambulance ride from Dokki to Heliopolis in over an hour. Baba.”

The publication received a great deal of interaction from the followers, who expressed their wishes for the great artist to overcome this health problem and return to his home and his fans safe and sound.

Dr. Mona Abdel Rahman Abu Zahra, the daughter of the skilled artist, had revealed the details of her father’s health condition two days ago, saying, “Last week, a minor accident occurred at home and he walked and walked normally after that. and he was fine, but when he was examined it was confirmed that he had a pelvic fracture, and when he was examined by the neurologist he said that he was dehydrated… Indeed, he preferred a week to refuse to drink water.

And he added, in a telephone interview on the “Final Word” program, broadcast by the Egyptian satellite “ON E”, that his father’s condition worsened and he was taken to the hospital after refusing to eat for 5 days, and the hospital was obliged. to install food pumping devices, explaining: “He is not aware of what is around him, he does not communicate well with them and he does not talk to those around him.