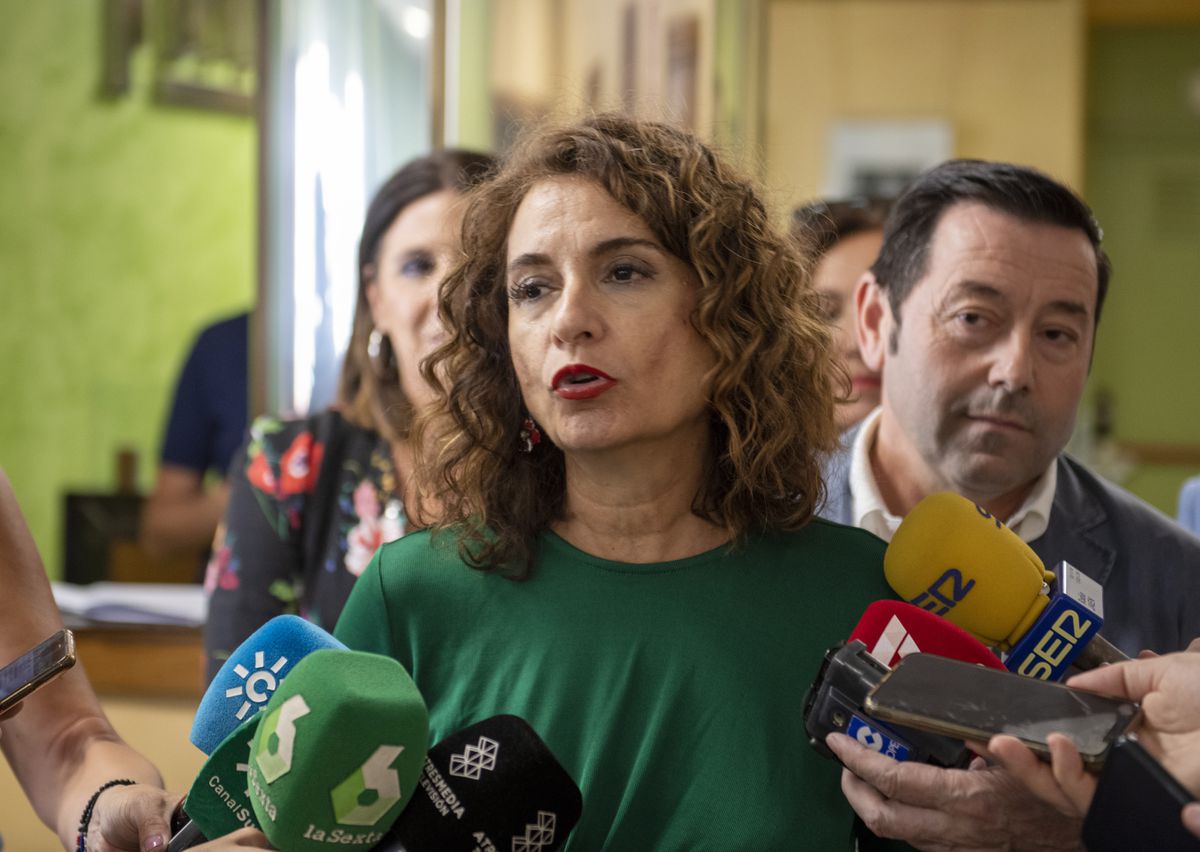 The tax burden on electricity companies is increasing tensions within the coalition government. Amid the deep energy crisis that has sparked rampant inflation, United We Can and second vice president Yolanda Díaz defend approving an extraordinary tax on energy companies in the extension of the anti-crisis decree. “We believe that the time has come that the power companies and large corporations that are making exorbitant profits have to pay up,” Díaz said at a campaign event in Andalusia last Sunday.

However, the Treasury is more cautious, especially when it comes to time and forms. The head of the department, María Jesús Montero, initially defended the inclusion of the measure in the budgets that would come into effect next year, only to later make it clear that her area is working on designing the best formula technique to act “in the shortest possible time”. . This position was supported by the ministers of the socialist wing of the ecological transition, Teresa Ribera, and the first vice president and head of the economic department, Nadia Calviño.

The surge in energy prices, exacerbated by Russia’s invasion of Ukraine, has spilled over into other sectors, prompting the government to take action to soften the blow. This week the gas price cap came into effect – but shattered in the heat of the heatwave -; The anti-crisis plan approved by Congress at the end of April gave the green light, among other things, to the bonus of 20 cents per liter for fuel and the expansion of the social bonus, but called for the special tax on large electricity companies by Podemos not to be included in the package.

“With all my love for the finance minister, I have to tell her that it is not possible to create this tax through the general budget,” said Díaz this Thursday. “And yes, we need to legislate immediately to create that tax number,” he insisted, recalling that inflation “impoverishes everyone,” with “very severe” impacts on the lower and middle classes.

“When designing the tax system, it is obvious that the Ministry of Finance will take the lead. In addition to this political will, which binds us to the coalition government, a technical assessment is required. That’s why you have to keep an eye on Montero more than Yolanda Díaz,” Teresa Ribera said in press statements during an event at Ifema. Calviño has also given Montero a boost. “In tax matters, I refer to what the finance minister said,” he said this Thursday when he entered the meeting of the economy and finance ministers of the euro zone in Luxembourg.

The discrepancy between Díaz and Montero was clear on Wednesday during a joint event in Seville organized by Economists Without Borders in the middle of the Andalusian election campaign and dragged on throughout Thursday with the participation of other politicians. Montero had assured there was no controversy between the coalition partners over the extraordinary tax on electricity companies, despite pressure from United We Can to include it in the extension of the plan to respond to the war in Ukraine, which ends in two weeks.

The head of the Treasury added that it was necessary to “find the most appropriate formula and also the vehicle that will make it possible to launch it”. “The ordinance laws cannot implement measures with new tax numbers,” he added on Wednesday.

After Díaz pointed out this Thursday that the constitution does not allow the approval of new budget figures through the budget, the Treasury chief again insisted that there was harmony between the two governing parties, stressing that her department, which is “better than any other” other ministry knows the “technical elements” surrounding this measure, is working on “the formula that will best allow to do it right” and to do it “in the shortest possible time”. Speaking to journalists in Jaén, Montero recalled that Spain’s economic growth was “robust” and described the anti-crisis decree as a “star measure”.

Nonetheless, he recognized that new policies must be included as the inflationary spiral continues, and that those “who have greater benefit from these increases” must pay more into the public purse. “Therefore, the power and oil companies have to make a larger contribution as their profit level is higher. And we agree within government that this is happening,” he said. “It is evident that the Treasury Department knows its powers and knows better than any other department the technical elements that accompany this problem.”

Social Security Minister José Luis Escrivá also defended the Treasury’s position on Thursday, pointing out that “any” action on tax matters must be carried out with “great rigor and great precision”.