The Spain coach threatens the rest of the World Cup teams 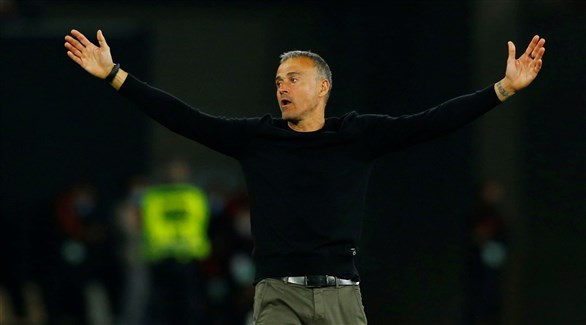 Spain coach Luis Enrique said his team, which mixes youth and experience, will compete for the 2022 FIFA World Cup in Qatar.

Enrique added at a press conference on Friday, before a friendly match against Albania in Barcelona: “After a period of doubts, we now have a group of young players and some veterans who can face any rival, I hope my team reaches the final stages of the World Cup. We are a fierce opponent.”

Spain will play Barcelona for the first time in 18 years, a city where Enrique found success as a player and then as a manager, winning the Champions League, La Liga and Copa del Rey treble with Barcelona in 2015.

The coach said before Saturday’s game: “I hope it will be a great game and that the fans will enjoy it. I consider myself at home in Barcelona. We haven’t played there in many years. We will play the game with great enthusiasm.” I know that people will attend a lot and the tickets will be completely sold out.”

Enrique also commented on Italy’s surprise 1-0 loss at home to North Macedonia on Thursday, which prevented the four-time world champions from qualifying for the World Cup finals for the second successive edition.

Spain qualified for the Qatar tournament by beating Sweden 1-0 in a thrilling clash in November to avoid the play-offs.

Enrique also explained why he is not renewing his contract with Spain, which expires at the end of the World Cup in December.

“What will happen if I renew and go to the World Cup and screw it up? If something goes wrong, I go on my own. My future does not interest anyone, I live in the present,” he said.