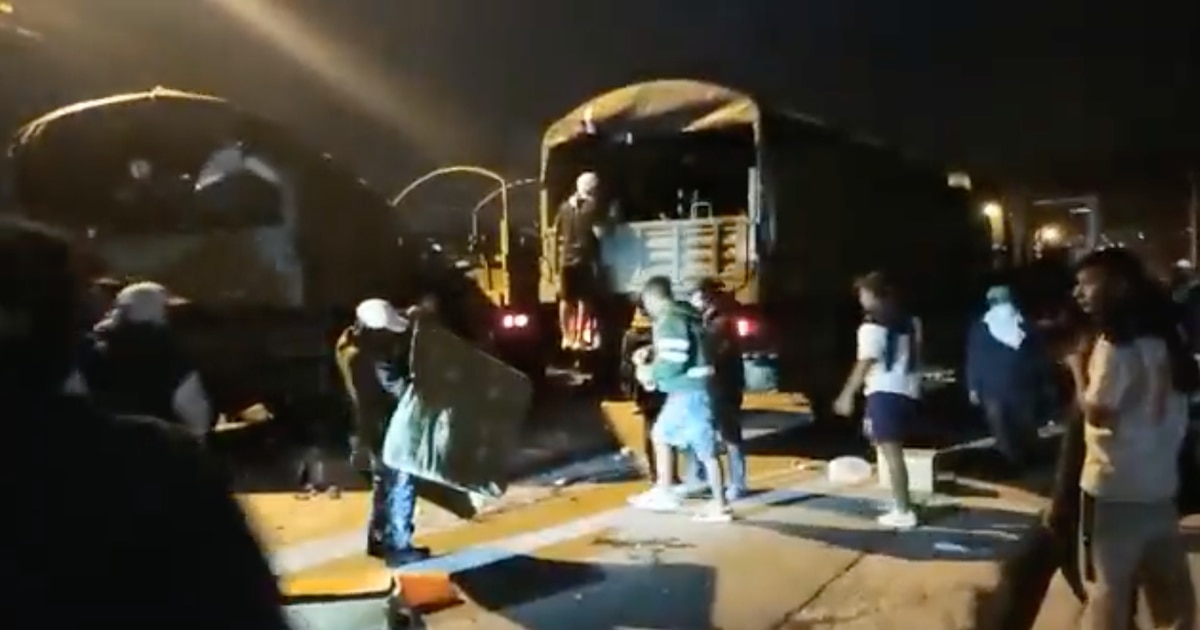 The situation in San Antonio de Pichincha, north of Quito, is getting worse. The clashes are getting stronger and are not stopping at the time of this publication. In the networks it is reported that there are serious injuries, between uniforms and demonstrators, and even deaths. Even military trucks were reportedly taken.

In the images broadcast on the networks, we observe how the clashes take place between those who protest and the force of public order, including the detonations. In other videos, protesters who were injured are seen lying on the road. They even show, at least so far, two dead people.

In San Antonio de Pichincha, military demonstrators trucks and motorcycles of the national police.
He threatens to kill the men in uniform. pic.twitter.com/3YEa7YD9uf

Soldiers and police were also injured, which in other footage shows the moment they receive medical treatment.

A few hours ago, Interior Minister Patricio Carrillo told the media from the Quito police hospital that around 100 soldiers were being held in this area.

Well, since this morning, it’s been a conflict zone. On Manuel Córdova Galarza and Simón Bolívar avenues, demonstrators blocked traffic. Faced with this, a military and police contingent went to the area to try to disperse them.

Carrillo also said reinforcements were sent to the scene to rescue the uniformed men being held by civilians. “They continue to commit crimes. We are in the process of bringing them to justice to present them to the administration of justice.

The minister described this Thursday as the most violent day of the national strike, called by the Confederation of Indigenous Nationalities of Ecuador (Conaie).

The armed forces and the national police -limited the official- tried to arrive to free them and they could not do it. “In the middle of the world, they were attacked. Dozens of soldiers injured and five kidnapped,” the official reported.

📍 Nearly 600 private vehicles and food trucks blocked in Nanegalito. The armed forces and the police tried this afternoon to arrive to release.

They haven’t arrived. In the middle of the world, they were attacked. Dozens of soldiers wounded and 5 kidnapped. #EcuadorWantsPeace pic.twitter.com/YPVXt6TCbc

In San Antonio de Pichincha, several trucks of @FFAAECUADOR and motorcycles @PoliceEcuador They scream that they are going to kill them. There are wounded soldiers, they say the people of San Antonio are fine. @LassoGuillermo What are you waiting for get these people out!!

On Manuel Córdova Galarza and Simón Bolívar avenues, in the San Antonio de Pichincha sector, protesters continue to block traffic. Belén Merizalde, present since the morning, tells how this new day of protests was experienced.