The series The Last Days of Ptolemy Gray on Apple + media 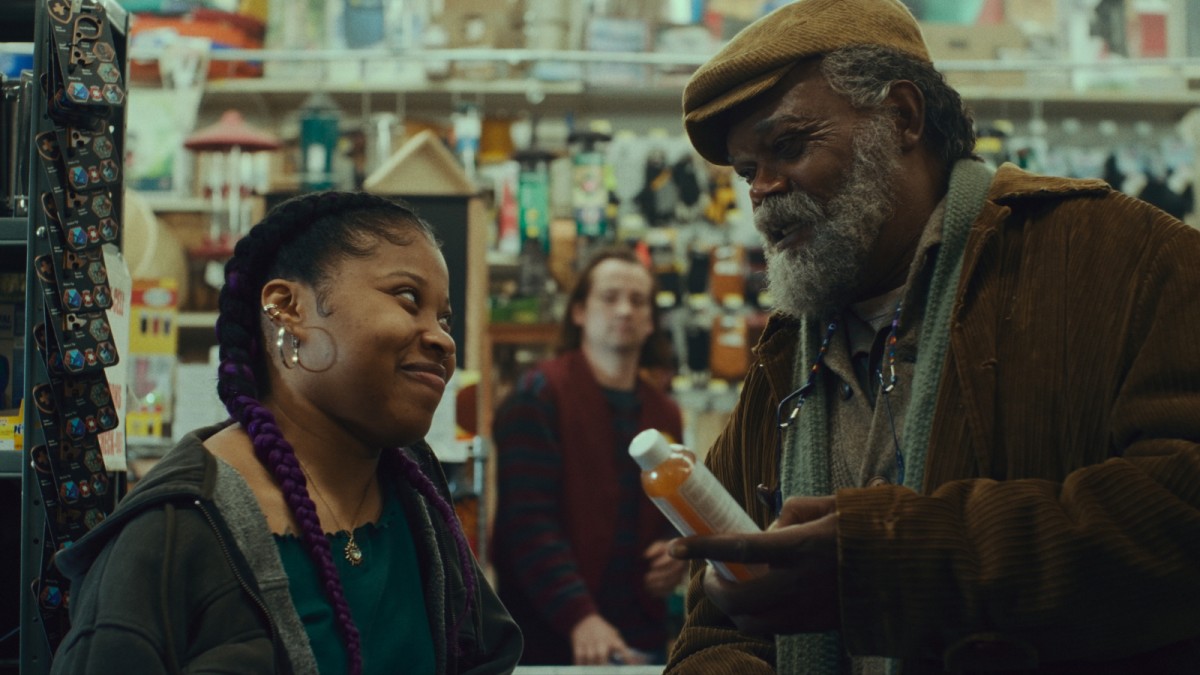 Ptolemy Gray’s apartment is like a small, erratic museum. The objects of a lifetime are piled to the ceiling: books, newspapers, pictures, clothes wrapped in aluminum foil and old toothbrushes. And in the middle of it all, the old man sits in his worn chair, plunged into an avalanche of memories. There are so many that his mind is clogged with them, as is his bathroom, which hasn’t been cared for in years. Since Ptolemy has no idea what is still valuable and what isn’t, he can’t throw anything away. He also prefers not to trust anyone anymore. Either he survived or he forgot about everyone he cared about.

It is a sinking and fading into the madness that is seen in The Last Days of Ptolemy Grey. And those scenes at the beginning get under your skin painfully. All the more so because filmmaker Ramin Bahrani’s new six-part Apple miniseries tells most of it from the inside, a perspective not often seen in theaters and on television.

For an actor like Samuel L. Jackson, this lonely Ptolemy is an excellent role. Strictly speaking, there are multiple roles he plays in the adaptation of Walter Mosley’s novel of the same name: multiple versions of the same man. Because soon two unexpected events give the 93-year-old man, forgotten by the world and looking anxiously around him in the fog of his dementia, one last big boost of energy.

Orphaned teenager Robyn (Dominique Fishback) enters his life first. After her beloved great-nephew and sole caretaker Reggie is murdered, she is assigned to care for Ptolemy. The tough 17-year-old brings not only order to her messy apartment, but soon a lot of sincere affection. When the two learn of an experimental treatment that can briefly restore Ptolemy’s confused memories, he begins an adventurous journey into the ghosts of the past: back to his uncle and mentor Coydog, who was lynched for stealing a man’s pot of gold. white and only betrayed Ptolemy. The Hideout And back to Ptolemy’s late wife, Sensia, whose violent ex-boyfriend made life difficult for them both. It’s a bit like in “Memento” when you’re looking for obscure memory fragments with the main character (you never know if you can trust them or not). And as in the West African tradition of Griots, the lucid Ptolemy also conveys buckets of wisdom to Robyn and the audience.

It’s hard not to love the show for all of this: for playing Jackson, this dying old man. And because of the intergenerational bond that he establishes with the young woman. Soon the two form such a loving and well-rehearsed team that it’s as if they’ve been married for decades. So “The Last Days of Ptolemy Grey” is also a (rather platonic) romance. But above all, a sweet coming of age story about growing up and getting old. And an odyssey through the past, present and future. It’s all very moving, almost too touching at times. Because in the midst of all the intimacy, the plot structure, and the sometimes big questions the show tries to ask, it sometimes gets a little lost: how did we get to be who we are? What influence do we have on others? Where are the points of contact between the different generations? And what memories remain after we die?

Fortunately, the series has a hot engine with the two fantastic lead actors. Their chemistry drives the story forward. The busy Samuel L. Jackson, who has so far appeared almost exclusively in television productions, hasn’t been seen with such devotion in a role for a long time. He gives old Ptolemy a radiant dignity even in the moments of greatest confusion.

“The Last Days of Ptolemy Grey” kicks off with the first two episodes Friday on Apple TV+. There are new weekly episodes.

- Advertisement -
Share
Facebook
Twitter
Pinterest
WhatsApp
Previous articleChina and Russia: Standing side by side with Russia
Next articleInterview with national parasnowboard coach André Stötzer: “Unfortunately, there is no younger generation in sight” – Paralympics Zeitung