The Sephardic Israeli writer who challenged the diaspora 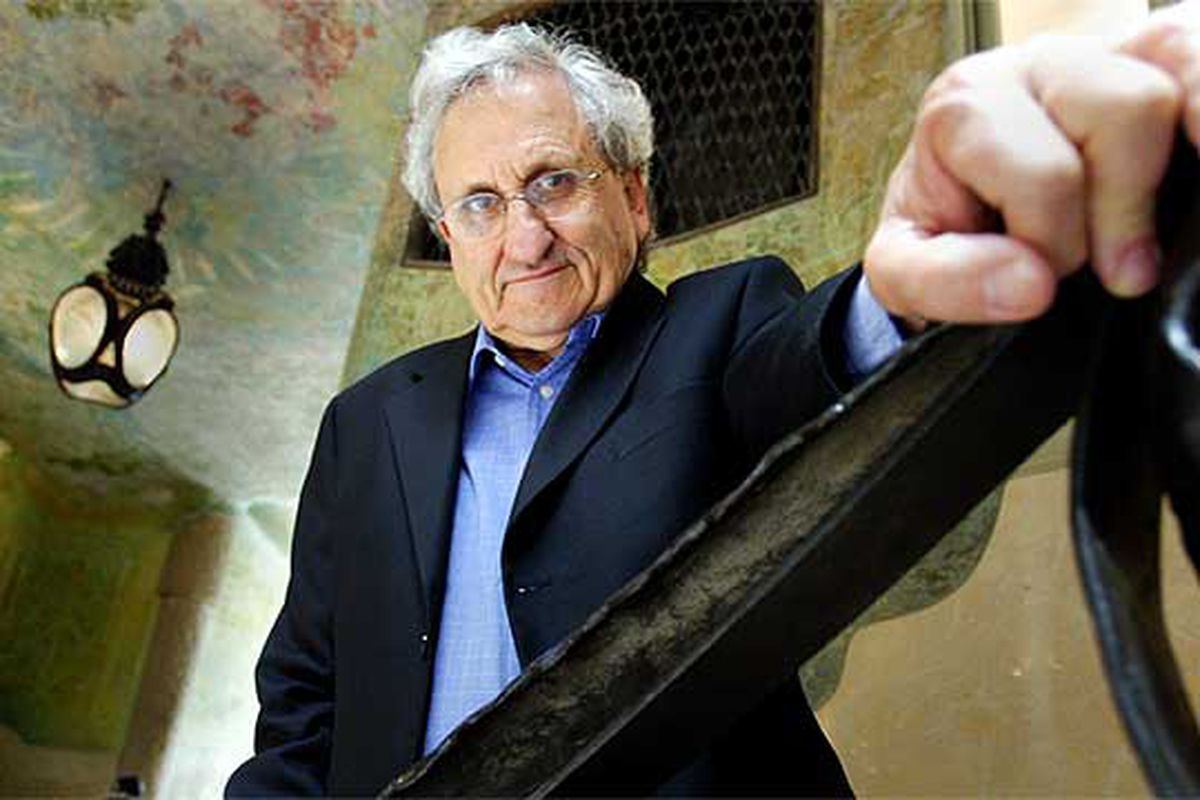 Israeli writer (somewhat Spanish) Abraham B. Yehoshua Z¨L died at the age of 85 during Hebrew Book Week [acrónimo de Zijronó LiBerajá, que significa “de bendito recuerdo” en hebreo], fifth generation of a Sephardic family from Jerusalem. In a country where Central European Ashkenazi Jewish culture is dominant, he “approved” his Sephardic identity and acknowledged his family ties to Spanish Jews and to Spain. Here he is known as a columnist for El PAÍS and for his superbly translated novels by his translator and friend Ana Maria Bejarano, Isabel Marín and Raquel García Lozano. He felt particularly comfortable in Spain: “I’m one of you, this is my homeland,” he said in Centro Sefarad-Israel. One of those trips inspired a story that differs from the rest of his work: Journey to the end of the millennium (Siruela).

A Jewish merchant takes his two wives and his Muslim partner on an initiation boat trip from Tangier to southern France, which borders Spain by sea in the year 1000. And thus humorously depicts the coexistence of Muslims and Jews and between them according to Jews of different customs. Interest in others shaped his political attitude. “Even we are tired of dreaming. But it may be that this very tiredness, dulling the senses, is the best incentive to reach agreements,” he wrote in EL PAÍS in 2000 about the summit that took place at Camp David.

Along with Amos Oz and David Grossman, Yehoshua Z¨L was one of the most translated and best known Israeli writers in Spain. He campaigned for peace and a two-state solution. Militant with the weapons of the word, always aware of a shared responsibility, he did not avoid speaking about the conflict. Despite receiving prestigious awards such as the Israeli Literary Prize, the Dan David Prize and the Bialik Prize, he was moved when he visited Santiago de Compostela in 2007 to accept the San Clemente Rosalía-Abanca Literary Prize with high school students as a jury for the liberated bride. Some time later, Santiago is the place where his novel is set. Christian charity (2013).

“You diaspora Jews are neurotic, you live in a double state. We Israelis, who have already resolved this conflict, live in our country and Judaism is no longer an issue,” he told me when I met him in Madrid. He had just read his first novel The lover (Duomo), organized in multiple voices that form a story of personal crises. Religion, mysticism, and the key quest of this first work are also contained in the following ones. As stressed by Israeli Minister of Culture Hili Tropper: “He was distinguished by his caring and great sensitivity to the challenges of Israeli society.”

He had a sensitivity to characters in moments of crisis, as in the figurehead and in The tunnel, the latest works published in Spain by the Duomo publishing house. What stands out in all of them is his engaging but original and sometimes rebellious speech, with a touch of adulthood that allows the inner boy to intrude and command attention, yet without interrupting the dialogue. Years later, with the gesture of a mischievous and forgetful old man, he denied having criticized the diaspora. I recognized him in his work The tunnel, an old man who is losing his memory, is terribly vulnerable as his ailing wife fights oblivion and helps some undocumented Arabs to integrate. A lovable character, described with the tenderness and humor so characteristic of his work. Intelligent and critical, but out of the deepest respect for human frailties, he practiced a way of being a writer out of a kindness-based morality.

expression The tunnel when his wife Rivka had just died, in 2016. “I envy so many friends and of course my wife who were saved from this end that I am alive now,” he said. However, his literary legacy is always the beginning of something, a tension between reality and hope, the symbol at the service of the concrete with the idea of ​​launching a possibility into the future.

Esther Bendahan She is an author and director of the Institute for Jewish Culture at the Sefarad Israel Center.