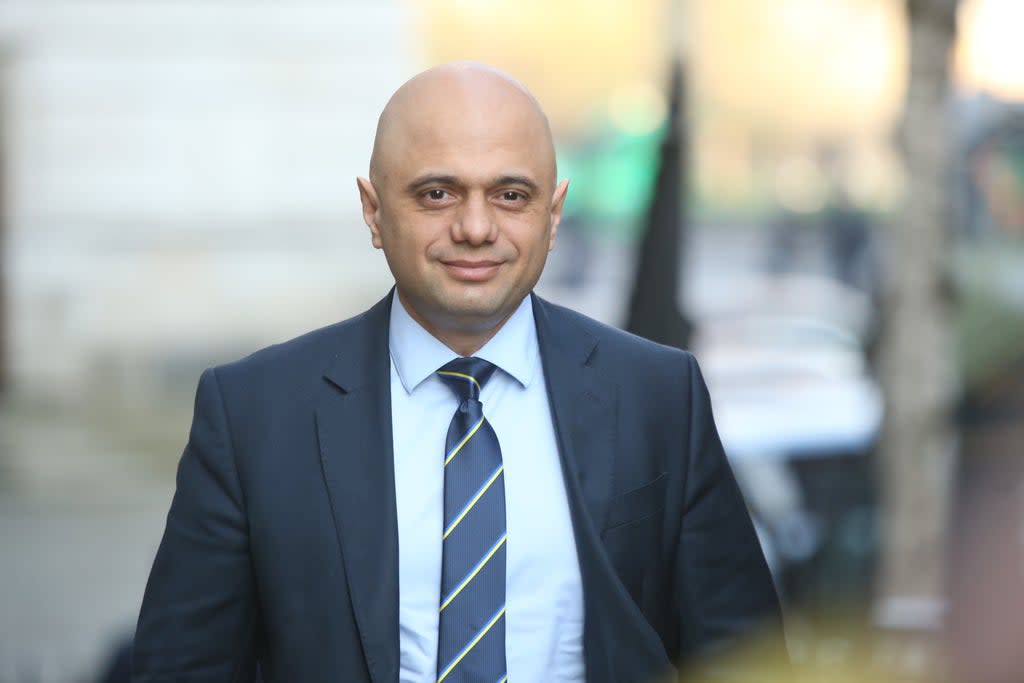 Sajid Javid said it would be difficult for him to “offer the time” to welcome Ukrainian refugees into his home, and urged those considering signing up to help to ensure they can “fulfill the obligations” of the scheme.

Communities Secretary Michael Gove will later outline details of a new program through which people in the UK can offer to host Ukrainian refugees in their homes.

Families will receive a thank you payment of £350 a month and are expected to commit to a minimum of six months’ accommodation for an individual or a group.

But the Secretary of Health said that if help cannot be provided this way, there are other methods to offer support.

Javid was asked on BBC Breakfast if he would consider hosting refugees in his home.

“I’m starting to have a conversation with my wife about that and I think a lot of households, as you say, and I’m glad you brought this up, are probably thinking about this across the country,” he said.

“It is important that anyone who becomes a hostess can fulfill the obligations of a host, that they can spend time with these families and help, but there are many ways that we can all help and whatever you do on a personal level, I will surely be helping.”

Mr. Javid told LBC that he has donated to the appeal of the Disaster Emergency Committee for Ukraine.

And he told ITV’s Good Morning Britain: “I think, for me personally, it will be difficult to offer the time that I think a host would reasonably be expected to have available to help the family that is arriving, to help integrate.” in British society.

Downing Street indicated that the prime minister will not accept any Ukrainian refugees at number 10.

The prime minister’s official spokesman said it was up to the individual ministers whether they decided to host a refugee.

“There are specific challenges around security in housing people at number 10,” the spokesman said.

“Several ministers have been asked about this. Obviously, it will all come down to individual circumstances. This is an important commitment.”

Transportation Secretary Grant Shapps said he would apply to join the lodging plan.

In a tweet, he said: “We have spent the last few weeks as a family discussing the devastating situation in Ukraine so we intend to apply today to join other UK households in offering our home to provide shelter to Ukrainians. until it is safe. to return to their country”.

On Sunday, Gove was asked if he would accept a Ukrainian refugee.

He told the BBC’s Sunday Morning programme: “I’m exploring what I can do, I know there are others who have. Without going into my personal circumstances, there are a couple of things I need to figure out, but yeah.”

He said there are potentially “hundreds of thousands of people” in the UK willing to bring Ukrainians into their homes through the government’s new sponsorship scheme, which is due to be outlined on Monday.

Javid was asked on ITV’s Good Morning Britain if, rather than the British offering space, it would be better if the mansions of sanctioned Russian oligarchs were the first venue considered.

He said: “It’s not first place, I don’t think it’s practical to make them first place, but I know that’s something my friend Michael Gove is considering.

“I think there will be some legal hurdles to trying to do that, but it’s okay for me to look broadly to see how we can house more and more Ukrainian refugees.”

Javid said it was a “sensible approach” to allow the British to offer refugees places to stay.

“This is an unprecedented situation,” he said. “As we have seen across Europe, there are many millions of refugees and it is right that Britain is playing its part and that we have a plan that allows British families to play their part and offer shelter.”

London Mayor Sadiq Khan said it would be a form of “poetic justice” to reuse the mansions.

He told Times Radio: “I, for some time, with others, have been complaining about those Russian oligarchs close to (Vladimir) Putin, using our city to launder money by buying houses or businesses. And what’s doubly heartbreaking about the houses they buy is that they sit empty for years. They are not houses, they are gold bricks used to launder money.

“I think the government should seize them, and before they sell them, because they will take some time, they should use them to house Ukrainians fleeing from Ukraine, who we will offer a safe haven in London.

“It’s a form of poetic justice, but it’s also a good use of these many, many vacant properties that are sitting in London just dusty inside rather than being used to house people in need of a home.”

Asked if he would be willing to take in a refugee, Khan told Good Morning Britain: “Personally we won’t be able to do it because of space and other security issues, but I admire the generosity of those Londoners and we know our city is a city. very generous.”