The season of the revolution of football stars.. From Mohamed Salah to Mbappé 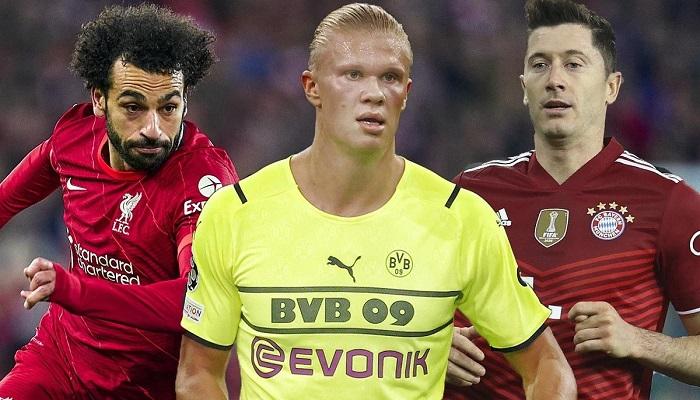 It seems that the best stars of international football in recent years decided to rebel against their clubs in the summer of 2022 for various reasons, but the result is the same.

Egyptian Mohamed Salah, the Liverpool striker, was just one world player among a group of players who decided to rebel against their clubs in one way or another, and came close to leaving for one reason or another.

That list includes a quartet considered the best offensively in the world today, starting with Mohamed Salah and going through Erling Halland at Borussia Dortmund, Kylian Mbappe at Paris Saint-Germain, and Robert Lewandowski at Bayern Munich, and a year ago there was Harry Kane at Tottenham.

The forward all the time is the rare element, since he is the player who is able to decide the matches and translate the effort of 10 players on the field into goals, and therefore the marketing value of him surpasses any other player , in addition to the records achieved by stars like Mohamed Salah and Lewandowski in Liverpool and Bayern Munich.

For players like Mbappé and Halland, the age factor plays an important role. This is a duo that the world sees as the best attacking player in the next ten years at least, and they are preparing to don the mantle of Argentine legends Lionel Messi and Portugal’s Cristiano Ronaldo.

The most prominent crisis in terms of the transfer of stars in the summer of 2022 concerns Liverpool striker Mohamed Salah, who asks for a salary that ranges between 400,000 and 500,000 pounds a week, an amount much higher than what his club offers.

Despite the start of negotiations between the two parties several months ago, the situation did not improve, but worsened, after German coach Jurgen Klopp confirmed that Liverpool had done everything possible to renew the first team’s top scorer, and that the issue was now in the hands of Mohamed Salah.

Recently, the Spanish media spoke of Barcelona’s interest in including Mohamed Salah, and even of the start of negotiations with his agent, Rami Abbas, and the presence of a response from the Egyptian star.

The Egyptian player, for his part, did not comment on the matter, neither positively nor negatively, while the famous Italian journalist Fabrizo Romano confirmed that Mohamed Salah has no intention of moving to the Spanish League at this time, even if he decides to do so. leave Liverpool.

The story of the crisis between Bayern Munich and their Polish striker Robert Lewandowski, the best player in the world in the last two years, began when Leva spoke to the media about the lack of any offer from Bayern regarding the extension of his contract, which expires at the end of next season.

But Bayern Munich, instead of trying to reach a compromise, decided to ignore negotiations with Lewandowski, which opened the door for the player to leave.

Reports from Germany confirmed Leva’s anger at Bayern Munich’s ignoring the opening of negotiations with him regarding the renewal, despite his remarkable brilliance with the team in the recent period and his leadership in many titles, especially the Champions League 2020 and the break. many records. 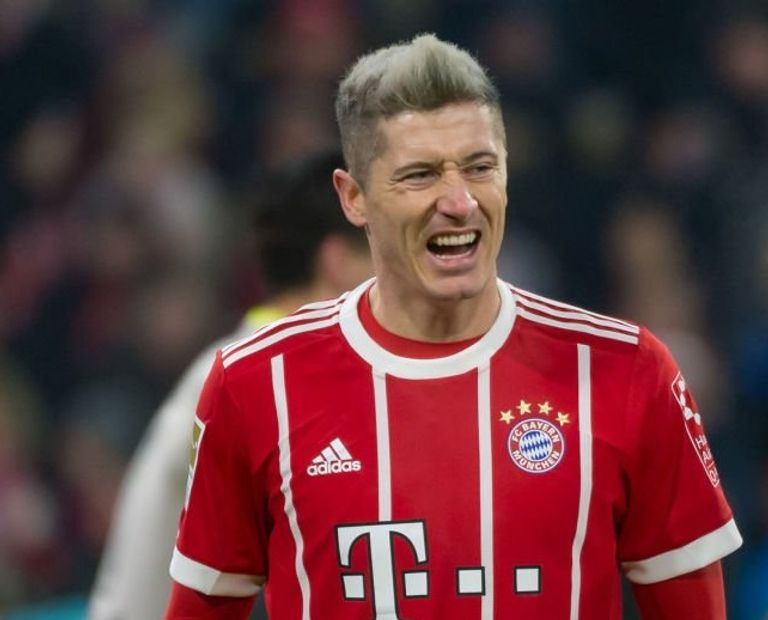 Clubs Barcelona, ​​Real Madrid and Manchester City have all entered the door to negotiate with Lewandowski, according to recent media reports, but this may all go up in smoke if the Pole reaches a new contract from Bayern Munich.

For the Norwegian Erling Haaland, the Dortmund star is more than ever on the brink of dismissal from Signal Iduna Park, although the contract between the two parties expires in the summer of 2024.

Everyone knows that between Halland and Dortmund there is a penalty clause according to which the club that wishes to incorporate the Norwegian player in the summer of 2022 must pay 75 million euros to get his services.

And it seems that the Manchester City administration is the closest to getting this deal from an economic point of view, after Matthias Samer, Dortmund’s technical advisor, spoke about the arrival of a fictitious offer from the English club Halland .

Despite Barcelona’s attempts to enter the line of negotiations with Halland, City’s financial competition in that deal seems impossible for Barca in light of their current financial conditions and Joan Laporta’s eagerness not to take any chances. in light of the unstable economic situation of the Catalan. giant. 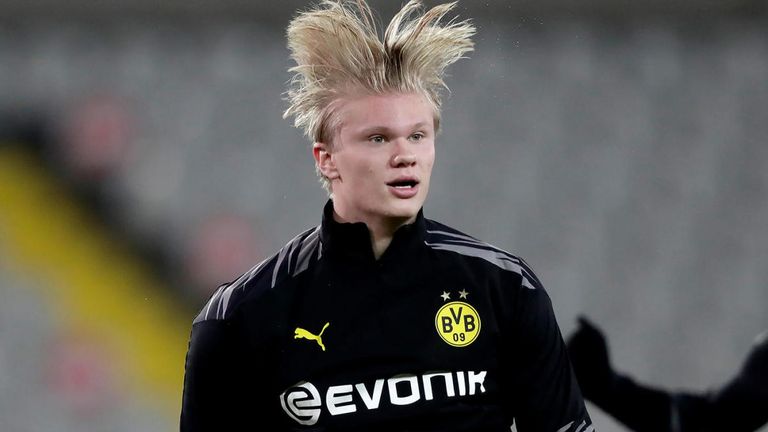 As for Real Madrid, Haaland is the second option, but the priority remains for the team to include Kylian Mbappe from Paris Saint-Germain.

Kylian Mbappé’s position seems clear like Halland, the 2021-2022 season is the last with Paris, and if there is hope of changing the landscape before facing Real Madrid in the Champions League, the embarrassing exit from Paris despite the 2-0 of advantage in the Two matches with Mbappé’s brace ended all hopes The French keep their first attacker.

Reports from Spain confirmed that this week will see the signing of Mbappé’s transfer contracts to Real Madrid, but the announcement will be made at the end of the current season in a free transfer deal under which the talented Frenchman will receive €25m. of euros per year.

In the last period, the France national team striker has rejected many offers to renovate the Princes Park stadium, because his goal is to move to Madrid.

If the departure of players like Halland and Mbappé from Dortmund and Paris is a matter of time, the matter of a player like the Argentine Lionel Messi, the star of Paris Saint-Germain, who suffers in his first season at the Parc des Princes, It looks different.

Football fluctuations. Messi in the crossfire of the Saint-Germain fans (video)

Several press reports recently pointed out that Messi does not feel comfortable and happy in France, especially given his declining level and strong criticism, which made him think about leaving the capital team at the end of his first season.

According to Spanish media, Gerard Romero, close to Barcelona, ​​​​Jorge Messi, Leo’s father and agent, recently contacted a member of the Barcelona board to discuss the possibility of the Argentine star returning to his old home. 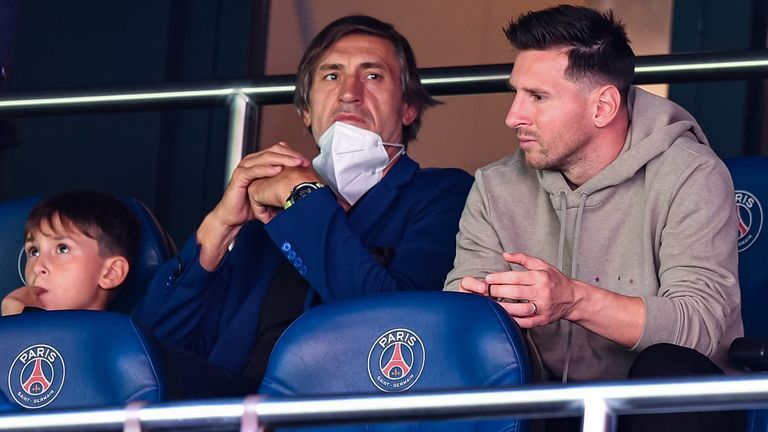 Jorge Messi’s talks with the Barcelona administration have not yet reached the stage of negotiations, and it seems that Leo’s father is still at the stage of “taking the pulse” of the Catalan club.

The worst thing was that Messi was booed by the Paris Saint-Germain fans in his last match against Bordeaux in the French league, after the disappointing exit of the Champions League final at the hands of Real Madrid, with a defeat. (2-3) on aggregate, despite the overall lead by two goals until the start of the second half of the second leg.

Despite Cristiano Ronaldo’s brilliance for Manchester United recently in scoring 3 hat-trick goals in a 3-2 win over Tottenham Hotspur in the English Premier League, crises did not leave the team in terms of results. .

And reports in the English press earlier confirmed that Ronaldo had made qualification for the Champions League next season a condition of staying at Old Trafford next season.

Despite his age (37 years), Cristiano Ronaldo sets football success as a goal at the end of his football career. 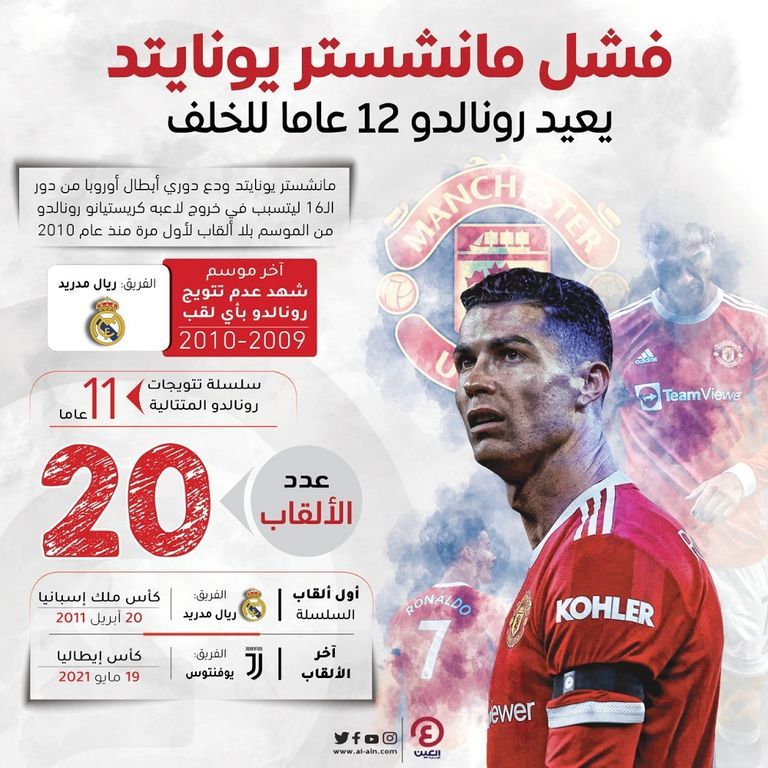 It is strange that there is news that links Ronaldo with many elite clubs despite his advanced age, among which Paris Saint-Germain stands out, at the request of Zinedine Zidane, his former coach at Real Madrid and candidate to assume technical responsibility from Paris.

In addition to Paris Saint-Germain, the Don’s name was associated with the move to his former club, Sporting Lisbon, Portugal, which is the wish of the player’s mother, Doroles Aveiro, who wants her son to finish his career in the club from which he left.

It should be noted that leaving the Champions League meant that Ronaldo failed to win titles for the first time since his first season with Real Madrid 2009-2010.