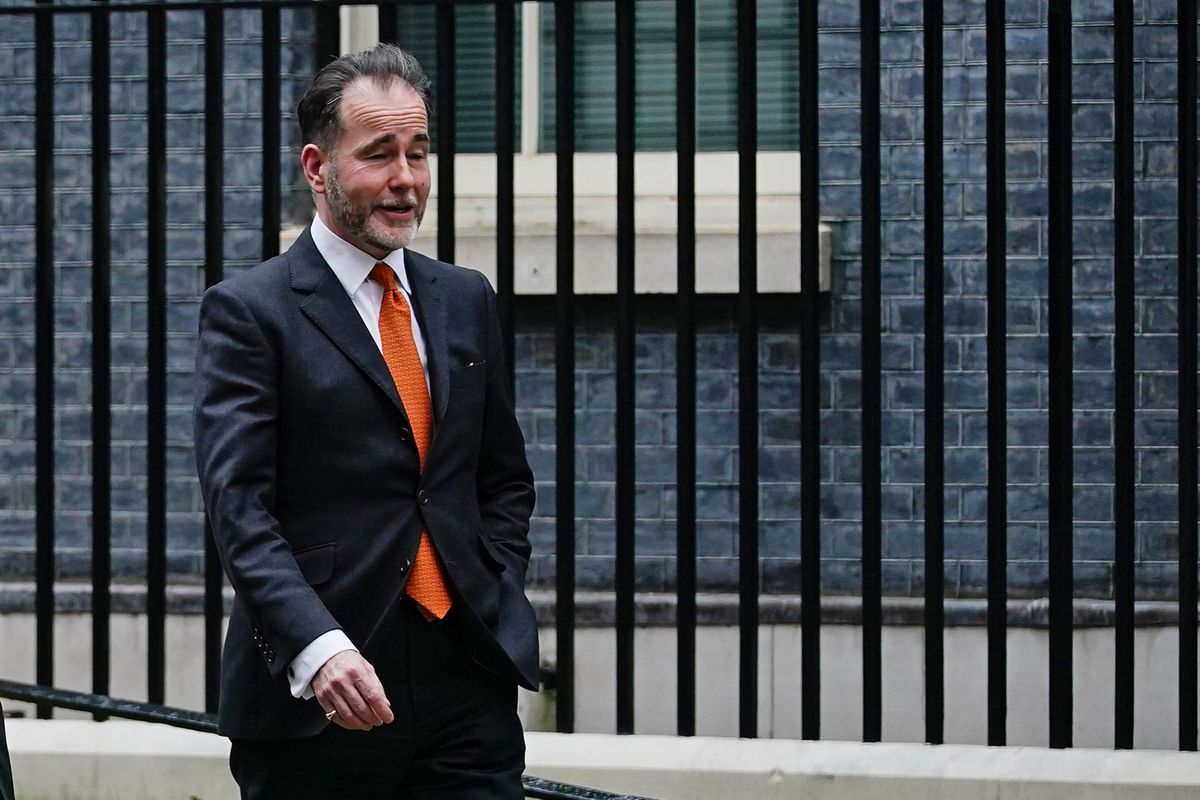 Boris Johnson’s honesty was again questioned this Tuesday when a senior official accused the Prime Minister of being untrue about his prior knowledge of MP Chris Pincher, the protagonist of the latest Conservative Party scandal.

Hours after Johnson passed the Conservative Group’s internal motion of no-confidence over the Downing Street party scandal while in custody a month ago, Pincher told anyone who would listen that “Boris” was an irreplaceable election-winning machine. He was accompanied by a young member of the party whom he wanted to impress almost more than his interlocutor by displaying political analysis and demonstrating his closeness to the prime minister.

Last Thursday, Pincher presented his resignation as number two in the Conservative faction (deputy whip, or second “whip,” as those responsible for voting on behalf of the government are known) after two men accused him of trying to get their hands on them in a drunken state, forcing his colleagues to follow him to send home taxi. It happened at the exclusive Carlton Club on St James Street, one of those London gentlemen’s clubs so popular with MPs tories. In fact, it was the headquarters of the Conservative Party for years. “Dear Prime Minister. I drank excessively last night. I’ve embarrassed myself and others and that’s the last thing I want to do. My apologies to you and everyone involved,” Pincher said in the letter he sent to Johnson. He announced his resignation as number two in the parliamentary group. Downing Street considered the incident closed. The deputy would keep his act and not be expelled from the party. So far, another little scandal of excessive drinking and poorly controlled sexual desire.

The problem arose when Johnson’s spokesman insisted the prime minister was unaware of the various allegations against Pincher over his ongoing sexual harassment of young advisers and colleagues when he decided to put the MP in such a delicate position last February. In an environment of growing rebellion and internal unrest, he desperately needed loyal allies at the forefront of parliamentary discipline.

The most damaging denial

This Tuesday, the most damaging depth charge against Johnson came in the form of a surprise letter. Simon McDonald, former Secretary of State for Foreign Affairs (the most senior official in the department), sent a text to the Chair of the Parliamentary Ethics Committee, Kathryn Stone, who is viewed by the Johnson administration itself as a dangerous rival looking to catch up with the top minister in some kind of resignation. “The media has been repeating allegations from Downing Street for days that are false. For example, no formal complaints were ever filed against Mr. Pincher. That’s not true,” McDonald accused. “Mr Johnson was personally informed of the initiation and outcome of the investigation [realizadas en verano de 2019]’ McDonald assured in his letter. That year Pincher had been appointed Secretary of State for Europe and America. A few years earlier, former rowing competitor and Conservative supporter Alex Story accused the politician of making non-consensual approaches that included snuggling his neck, assuring him he would go far in the match, “taking himself like a Harvey Wenstein.” behavior of balance”. And in February this year, a deputy Tory He also condemned the group leadership’s harassment maneuvers carried out by Pincher.

It was not so much the various episodes with the MP, none of them with a crime category, but again the sensation of Johnson and his team twisting the truth that once again stirred up the Conservative Party. In the days after the scandal erupted, various members of the government went to the media like guinea pigs to defend versions that Downing Street had promptly corrected or clarified. He initially claimed Johnson was unaware of Pincher’s behavior. It was later admitted that the Prime Minister had been informed, but “that the complaints [contra el diputado]”Either they were never documented or they did not lead to a formal file,” said a government spokesman. “There have been formal complaints,” McDonald said in his letter. “And Mr. Pincher was not exonerated. To call the allegations “unfounded” is therefore wrong,” he concludes.

Last April, contrary to Downing Street’s original order, a majority of Conservative MPs abstained from a vote calling on Parliament’s Ethics Committee to investigate Johnson for possible contempt because they suspected that in his statements about what he knew was untrue or were unaware of the parties while in detention. The same commission whose report is expected in the autumn now has a letter in its hands that puts the prime minister in an even more awkward position. Many of the Conservative MPs who organized the internal no-confidence motion in early June are already maneuvering to force a new vote before the end of the year. They should change the Group’s Rules of Procedure, which prevent a new motion from being tabled until a year after the previous one, but it is a relatively easy mechanism to implement.

“It is clear that the Prime Minister knew the seriousness of the allegations and decided to promote this gentleman to a senior position in government anyway. He didn’t want to do anything and lied what he knew,” accused Labor opposition number two Angela Rayner.

Amid the ongoing disasters that plague Johnson, his former adviser and Brexit ideologue Dominic Cummings keeps banking on him. On Saturday, he recalled on his Twitter account the joke the Prime Minister repeated about the MP in question a few years before the parliamentary address: “Pincher by name, pincher by nature(Pincher by name, Pincher by nature) Johnson played on the dual meaning of his ally’s last name.