The Russian elite loyal to Putin despite international sanctions 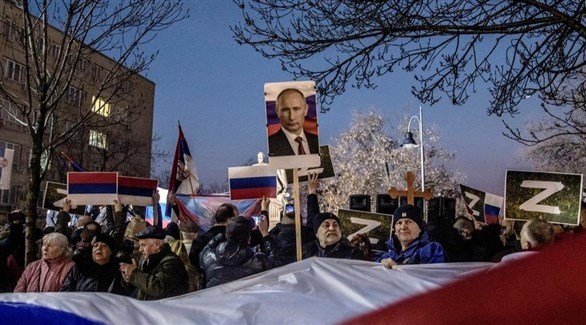 Russia’s political elite remains loyal to President Vladimir Putin despite international condemnation of the invasion of Ukraine and unprecedented sanctions against the country.

Russian artists and dignitaries voiced their opposition to the war, while some Russian oligarchs issued veiled criticism of the Russian attack on the neighboring country.

But about a month after the invasion began, no opposition arose within Putin’s inner circle or among the country’s top politicians.

“There have been no signs of dissent” within the ruling class, said Tatiana Stanovaya, founder of the R.Politic Institute for Political Analysis.

“There is a complete consensus, although with some differences, perhaps on tactical issues,” he added.

He stressed the need to distinguish between making reservations about the invasion and preparing to act against it.

“People are shocked, many think it’s wrong, but no one is ready to act, everyone is focused on their own continuity,” he said.

According to Western diplomatic sources, despite the heavy impact of Western sanctions on the Russian economy, there have so far been no signs that they will lead to political change.

Stanovaya explained that the main internal criticism of the invasion came from “lesser” forces on the radical right, who felt that the invasion was not offensive enough.

There is no longer a liberal opposition in Russia, and the parties represented in parliament almost completely support the Kremlin’s policy on all issues, while the Kremlin’s most prominent opponent, Alexei Navalny, is in prison.

“It’s not surprising that we still don’t see any significant open schisms within the ruling elite,” said Ben Noble, a professor of Russian politics at University College London.

The researcher, co-author of a recent book titled “Navalny: Putin’s Opponent and Russia’s Future?”, continued. That “Vladimir Putin established a system of absolute loyalists to him who share his vision of his world, and that the West seeks to destroy Russia, or with people who are afraid to express a different opinion.”

On February 21, three days before the attack on Ukraine, Putin summoned political leaders to the Kremlin for a Security Council meeting to discuss recognizing the independence of Ukraine’s breakaway Donetsk and Luhansk regions.

The 13 officials, including a woman, spoke according to a scenario that aims to show a consensus, for which they endorsed one after another the recognition of the independence of the two pro-Moscow regions, in a step that later turned out to be a prelude to war.

There was no sign of disagreement among participants or even second-rank politicians.

On March 16, Putin issued a stern warning against any deviation from the Kremlin line, stressing that the West was betting on a “fifth column, traitors to the nation” to weaken Russia.

The only one in power, now or in the past, who has broken with the Kremlin is the former assistant and former deputy prime minister, Arkady Dvorkovich, who heads the International Chess Federation, who publicly denounced the war in an interview with an American magazine. . and resigned from his position at the head of a company.

On the other hand, liberal-leaning former officials have settled for silence, such as former Finance Minister Alexei Kudrin, who heads Russia’s Audit Office.

There was speculation about the future of the Governor of the Central Bank, Elvira Nebulina, an economist who has headed the Bank of Russia since 2013, who appeared in images as isolated in a meeting in the Kremlin and published a video in which she admitted that the Russian economy was finds himself in a “critical” situation, saying: “We would have liked this not to have happened”.

But Putin asked parliament this week to renew his mandate, apparently in an effort to debunk rumors that he planned to resign in protest of the war against Ukraine.

And positions were issued reflecting some fears of oligarchs exposed to heavy losses due to the invasion, such as Oleg Deripaska and Mikhail Fridman, who made cautious statements calling for peace.

On March 3, the management of oil giant Lukoil, Russia’s largest private energy company, called for an end to the dispute.

Noble said that many members of the elite were shocked by the attack on Ukraine, as most of them “had no part in the decision” and believed that Putin intended to apply maximum pressure rather than launch a military operation.

But he noted that “calling for peace is one thing and directly criticizing Putin is a completely different matter.”

- Advertisement -
Share
Facebook
Twitter
Pinterest
WhatsApp
Previous articleBenzema and an Arab trio… the 10 most outstanding stars absent from the March break
Next articleWall Street rebounds after the losses of the day before and the Dow Jones rises 0.68%