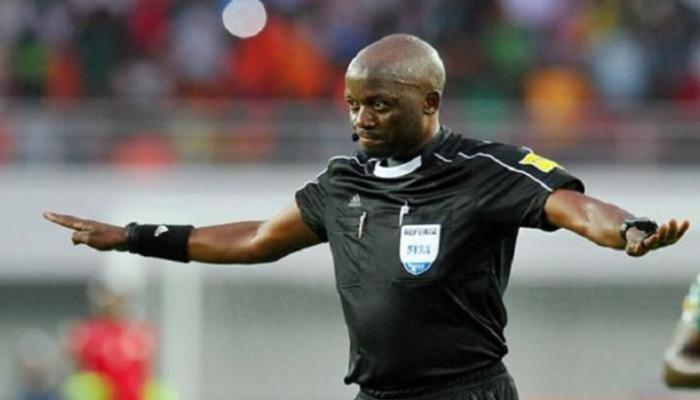 Botswana referee Joshua Bondo raises the concerns of many Algerian fans ahead of facing Cameroon in World Cup 2022 qualifiers.

and getting ready Algeria national team To face Cameroon, on March 25 and 29, in the decisive day of African qualifiers for the 2022 World Cup final.

Charf Eddine Amara, president of the Algerian Football Association, was asked if there was a behind-the-scenes game to exclude the “desert warriors” from World Cup qualifiers, a question that infuriated him.

Amara told Algerian radio: “If there are scenes, what is our role as a football federation? Don’t you think we have done everything possible to protect our team?”

He explained: “In recent days, we have used our legal right to challenge the appointment of referee Joshua Bondo to officiate the first leg against Cameroon.”

And he concluded: “The International Football Association (FIFA) rejected the appeal and the case is closed.”

The Algerian fans had accused Bondo of injustice with the “Desert Warriors” during the confrontation with Burkina Faso, in the group stage of the qualifiers for the 2022 World Cup, which ended in a 1-1 draw, alleging that he deprived the African champion of a penalty kick from Riyad Mahrez, and he forgot to send off one of the opponent’s players for violence.

Bondo officiated two games for the Algerian team before Burkina Faso, where the “Desert Warriors” narrowly won the first against Togo with an unanswered goal in the 2019 African Cup of Nations qualifiers, and the “Greens ” tied for second. against Senegal 2-2 in the tournament final.

It is noteworthy that Bondo is known as the “Referee of Chance”, for the way he entered the world of arbitration, where he planned to be a soccer player, before changing his mind in 2001 and entering the field of arbitration.