The ROG Phone 6 Pro with customizable rear screen will be available in August for 1,329 euros 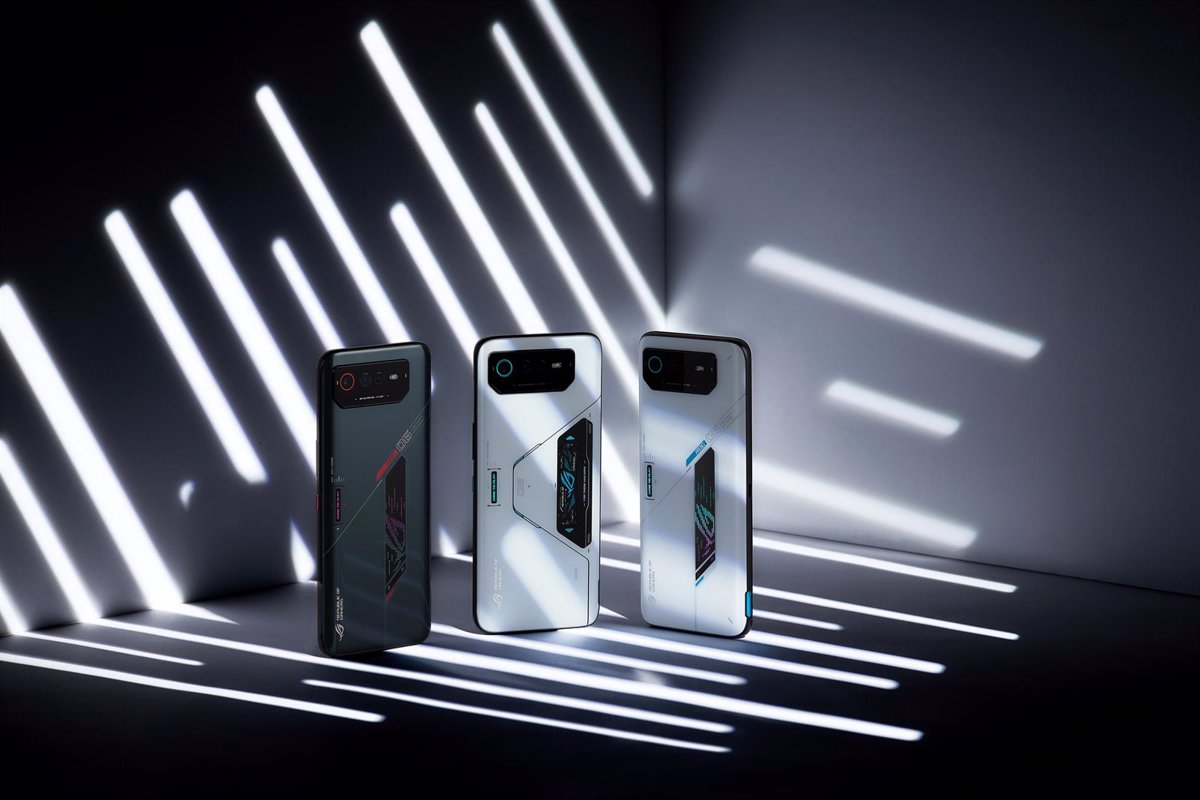 Asus republic of gamers (ROG) has announced the launch of its new wireless line Asus ROG Phone 6, Made up of the standard model and the Pro, a version with an adjustable rear window, due to be launched in mid-August, priced at €1,329.

Asus’ gaming department announced the new generation of its ROG Phone this Tuesday during a presentation event, where it also presented the new accessories for these devices and up to four new models of headphones from its lines cetra Y Delta.

The new ROG Phone 6 line has two models: the standard, ROG Phone 6, and a more advanced, ROG Phone 6 Pro. While both share technical specs, the key difference between one and the other is that the Pro packs a full-color mini ROG Vision display on the rear and an 18GB RAM configuration.

ROG Vision Mini display can be customized with animations preinstalled on the device or other animations created by the user. In addition, the user can integrate other services into this panel, such as incoming calls or the battery status.

ROG wanted to highlight that it had the collaboration with the visual processing company to offer greater precision in the colors presented by this panel. pixels works.

In the image section, both models of the ROG Phone 6 series present a triple main camera with three lenses. The main camera has 50 megapixels (MP) and a sensor Sony IMX766. Next comes a 13 MP wide-angle lens and a 5 MP macro camera. The selfie camera, on the other hand, has a resolution of 24 MP.

In the audio area, the ROG Phone 6 integrates a system GameFX With two symmetrical seven-magnet speakers, achieving balanced stereo sound effects. The company has also announced that it has optimized the sound settings in collaboration with Swedish digital audio company Dirac.

This alliance allows them to integrate the spatial audio solution Dirac Virtuo, for a more immersive experience thanks to its proprietary algorithms. In addition, the phones are also equipped with the technology snapdragon Sound, which promises lower latency in auditory processing for a smoother experience while streaming.

At the processor level, the ROG Phone 6 line features the Snapdragon 8 Plus Gen 1 “chipset”. Qualcomm and the graphics processor (graphic card, for its acronym in English) Adreno. These components promise a 50 percent increase in the performance of the device compared to the ROG Phone 5, which was equipped with a Snapdragon 888 processor.

The ROG Phone 6 line protects these components with the GameCool 6 cooling system, which has been upgraded with a 30 percent larger vapor chamber and 85 percent larger graphite blades. These systems work in parallel with the Device Performance Manager weapon boxto allow players to recalibrate their “smartphone” and face their gaming sessions.

At the autonomy level, ROG Phone 6 and ROG Phone 6 Pro are equipped with a 6000 mAh battery with 65W HyperCharge fast charging technology.

The standard ROG Phone 6 model comes in two colors: black and white. In addition, it is equipped with Aura RGB lighting on the back. ROG has announced that it will launch this device in the third week of July at a price of 1,029 euros for the configuration of 12GB LPDDR5 RAM and 256GB ROM; and 1,149 euros for the 16 GB of RAM and 512 internal storage.

For its part, the ROG Phone 6 Pro comes only in white and with a configuration of 18GB of LPDDR5 RAM and 512GB of ROM. The release date is planned for mid-August at a price of 1,329 euros.

The company expects this launch date to be about a month later than the standard model due to memory supply issues. on the market.

THE ACCESSORIES FOR THE TELEPHONE 6 LINE

The company has also unveiled new accessories designed specifically for the ROG Phone 6 line, wearables that will also arrive around the third week of July.

between these Included is the ROG Kunai 3 controller, which will be available in black or white, and that will go on sale at a price of 119.99 euros. On the other hand, the protective glass of the Phone 6, which retails for EUR 29.99, and the Devilcase cover, which costs EUR 39.99.

In this line of accessories is the most prominent AeroActive cooler 6, a thermoelectric fan that uses artificial intelligence (AI) to reduce the surface temperature of the device. The introductory price in Spain is 89.99 euros.

Asus ROG has also introduced the new headphones Cetra True Wireless Pro, which can be used with a cable, through the USB-C port, or without it. In addition, its microphone integrates AI noise cancellation.

In wireless mode, these new headphones are powered by Snapdragon Sound technology to offer an optimized, low-latency experience. As a matter of fact, integrate a special ultra-low latency mode.

Instead, when used wired, the headphones use ESS 9280 Quad DAC technology, which optimizes the audio for more detailed surround sound. In this mode, noise cancellation is said to reduce up to 500 million types of background noise by up to 95 percent.

Another launch of the company was ROG Cetra TrueWirelessexclusively wireless headphones that have a “gaming” mode for better synchronization with the screen and lower latency.

Most recently, Asus ROG introduced wireless headphones Wireless Delta S with dual mode, 2.4 GHz and Bluetooth for more flexibility and noise cancellation with AI. On the other hand it introduced ROG Delta S CoreHeadphones that stand out for their weight of 270 grams.

All of these headphone models are already available in select regions, including Spain, with the exception of the Pro. The latter will be launched shortly without a specific date.